Is Abundance Network A Scam? Is This Even Legal?

Hey, have you been approached (or called) to join the Abundance Network and wondering if it's a scam or not?

There's a lot to know about this company and they recently made some major changes to how you make money with them.

By the time you're done reading you'll know if this company is right for you. 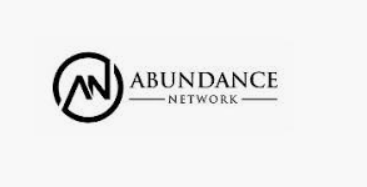 Summary: The Abundance Network is SMS and voicemail system. Essentially a text message is sent out to different numbers and it gives a phone number for a person to call.

Once they call they get a number with an offer to buy into the scheme.

Service providers originally cut ties with Abundance Network because it was a pyramid scheme and the owner had to rework the program to get it back up.

It's still, however, a pyramid scheme and you should avoid at all costs.

Better opportunity: If you're looking for a legitimate way to make money online and from home click the button below. There you will see the training program that taught me how to make over $100,000 online and quit my job to work full time online:

It's a SMS and voicemail scheme that doesn't offer any product besides the ability to sign up and be able to get a number/text service.

2) Who runs Abundance Network? The company is run by Jeff Long who has a "long' history of promoting different pyramid schemes and scams.

Here's a little timeline of the schemes:

Now we're here with the Abundance Network which has already been reworked because it was outed as a scam.

Long is known for promoting short lived scams and my guess is abundance Network will end the same way Long's other schemes have.

3) What products are offered here? There really aren't any products here. You basically just are buying into the scheme and hoping to make your money back. Maybe the voicemail and SMS service could be considered a product but they can only be used in this capacity.

4) Are there similar schemes out there? I did a review of a similar company called Press 1 Cash a few months ago - it worked in basically the same exact manner.

Is Abundance Network A Pyramid Scheme?

What's funny is the Abundance Network launched earlier this year and failed because communication services caught onto the scheme.

Generally speaking these companies don't like pyramid schemes to operate on their networks.

Long reworked the compensation plan to avoid Abundance Network being a pyramid scheme and..

It's still a pyramid scheme.

Look at the picture to understand what I mean:

This is the exact model of the Abundance Network. What shape does it look like? A pyramid...

The reason it looks like this is there's no product to sell here and there's no retail sales. The only way you can make money is through recruitment which is textbook pyramid scheme.

The reason pyramid schemes are illegal in basically all parts of the world is they are doomed for failure.

Eventually the pool to recruit dries up and when this happens there's no more revenue. When revenue stops there's no money to payout members and the scheme comes crashing down.

It happens every single time. That's why you should never join anything that doesn't actually have a product you can sell without recruitment.

MLM's and any company that rewards recruitment will be hard to succeed with. There's many reasons for this but the main one is most people hate being recruited into schemes like these.

There's has to be a product or reward.

Because pyramid schemes don't have a product and rely heavily on recruitment only 1% of people that join one make any money.

It'll honestly be worst with Abundance Network because the business is so stupid.

Imagine getting a random text asking if you want to make money. And once you call that number they ask you to pay several hundred to get a number that does the same thing.

Not many people will fall for this trick.

Schemes like this never work and you're just asking for trouble if you get involved.

Below is some more mind blowing MLM stats:

How Much To Join Abundance Network?

There's two different costs to signing up to Abundance Network.

The difference in the two is your ability to make money from people in your downline, which I'll explain in the next section.

How Much To Join Abundance Network?

The Abundance Network was originally a scheme where you tried to get new people to sign up for $100 and you would gift $100 to the person who recruited you on the second and fourth people you recruit.

Everything after the fifth recruit you get to keep the money.

But after being shut down for being a pyramid gifting model Abundance Network changed itself to just a plain old pyramid scheme.

Here's how it works now:

Now every person you recruit will have to give you $50 if they recruit someone. You can also earn $50 from your recruits recruits if there isn't a Master Reseller separating you and them.

All you're getting is a SMS that gets spammed to a bunch of numbers and then if those people are persuaded by your text they call the number you sent them to get a voicemail explaining the scheme.

Is the SMS service and voicemail a product?

Not really. If you could use them for other businesses then maybe but they're just used to promote a membership.

Not having a product is what makes Abundance Network a pyramid scheme.

There's so much to dislike here and the main things I dislike are:

Is Abundance Network A Scam

There's nothing here that makes this opportunity worth it for you to join.

When looking at a business opportunity you want to make sure there's a legitimate product and a compensation plan that values retail sales more than recruitment sales.

If there's a strong product there's a chance for you to build a lasting business and make some good money.

Recruitment schemes are doomed for failure and they always collapse. There's never enough money to pay everyone out.

Stay away from Abundance Network.

Hopefully you see Abundance Network for the scam that it is.

If you are looking for a legitimate way to make money online you should check out Wealthy Affiliate.

Because of the training there I make more money now than at any point in my life and only work 15 hours from my house now.