Is Amare Global A Scam? Don’t Join Until Reading This!

If you're looking for information on Amare Global you came to the right place.

In this post I'll break down this MLM and you'll see all the information you need to determine if this company is right for you.

You'll see company information, price to join, pros, cons, compensation plan and more. Plus I'll tell you my thoughts on Amare Global and whether I think you should join it. 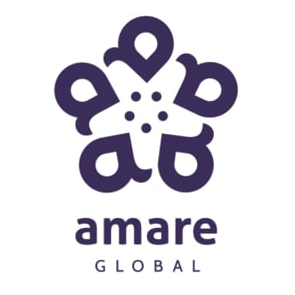 Summary: Amare Global is a MLM company and if you're reading this you're probably wondering if it's a scam or pyramid scheme.

I don't know if I'd call this company a scam or pyramid scheme but I definitely DON'T recommend you joining. The success rate is so low and basically everyone who joins losses their money.

What Is Amare Global?

Since Amare Global is pretty new it doesn't currently have any lawsuits in their history - most MLM's have many lawsuits if they've been around for a while.

However, Scott Talbott has a history of lawsuits with his previous company - Cortislim.

In 2005, Cortislim had to pay 4.5 million in cash after it was determined they were exaggerating the health benefits of their products. Apparently they made it seem like Cortislim could heal all your health issues and help you lose weight to an extreme degree.

This is definitely not the type of lawsuit you want to see when dealing with nutritional and wellness products.

I'll go more into the products later but first want to talk about a major flaw with Amare Global.

Is Amare Global A Pyramid Scheme?

Some people make the mistake that all MLM's are pyramid schemes. Some definitely are and many have been proven in court to be a pyramid scheme.

This is exactly what it looks like when you join a MLM and how it will look like if you join Amare Global.

The reason for this is you need to recruit people to make any real money, While you can make money selling the products to people, it's much more profitable to build a downline of people to sell under you.

A business model that relies on recruitment is the literal text book definition of a pyramid scheme.

Amare Global isn't technically a pyramid scheme because you can sell products without recruiting - like I said, though, the money is in recruitment. 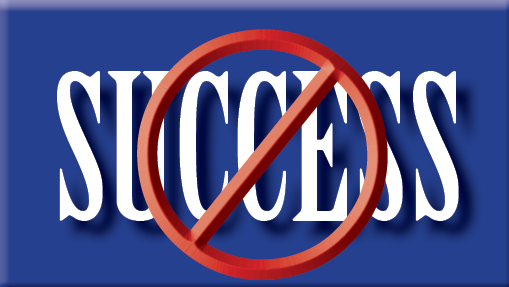 That's the average for all MLM's - 1% make money and 99% lose money. Does this sound like an industry you want to join?

The reason there's only 1% success is because the industry is designed that way. It has nothing to do with the 1% being smarter or working harder - they just recruit and get people under them.

Like I said in the last section commissions are always flowing upwards. It's almost impossible to make money if you find yourself at the bottom of the pyramid.

So if you really are dead set on joining this MLM you have to get training in how to recruit or else you'll just end up in the 99% that loses money.

How Much To Join Amare Global

There's a catch to this, though. You're only paying $69.95 for the right to sell Amare Global products.

You're going to have to purchase products from Amare Global too. You get the products at discount and you make a commission when you sell them.

So the real cost is several hundreds to possibly a couple thousand. The costs can definitely add up and their launch pack (what they recommend distributors buy) is $749.

What Is The Compensation Plan

Amare Global is no different. This company's compensation plan uses complicated language and in total is over 20 pages long.

Here's a video that goes over all the details (it's 40 minutes long):

I don't think it's important to know the ins and out of the compensation plan.

There's really only two things you need to know:

1) 25% commissions: When you buy from Amare Global you get 25% off suggested retail price. Technically you get a 25% commission on every sale because of this.

However, to make a sale and to be competitive you may have to sell the products for less than that.

2) Downline commissions: The second way you make money is building a downline. I talked about this earlier and this is the way you're going to be making your money.

Below is how this works:

Don't worry if you don't understand everything on this chart - it's not meant to be understood easily.

Basically you earn commissions on your downline up to 7 levels.

This picture only shows up to the 3rd level but if you can imagine how many people would be under you at the 7th level, it would be a lot. If you do somehow manage to get 7 levels of people selling under you you'll be making serious money.

It's hard, though. This is why 99% lose money. Getting people to join a MLM and spend thousands isn't an easy task.

What Type Of Products Does Amare Global Offer?

I'll always say this when I'm dealing with health products - I'm not a doctor despite calling myself The Affiliate Doctor.

So I can't really explain the science behind these health products and whether or not they work. If I had to guess I'd say the products Amare Global offers are decent but probably overhyped.

This is the case for basically all MLM's.

Another thing most MLM's have in common is their products are pricey and more expensive than industry averages.

It's going to be difficult for you to convince people to abandon their favorite brands for a more expensive brand.

As you can see their packs are not cheap.

You don't have to buy the FundaMental Pack and you can just buy the products in the pack separately.

There's even chocolate and vanilla.

I don't recommend Amare Global but there's still a few things that I like including:

1) Relatively new: It's a good thing when a MLM is pretty new (not so new that it doesn't have a track record, though). Most MLM's have a 2 year hot period where most of the money is made. You can still get in before you're at the bottom of the pyramid.

2) Decent commissions: 25% is pretty high when compared to other MLM's. The products are pricey, though, so you might have to price them lower and cut into your income.

1) Low success rate: MLM's have a crazy low success rate - only 1% make money! It's just a bad business model and you're more than likely going to lose your money if you join.

2) Expensive products: At the end of the day products have to be moved for you to make money - either by you selling or your downline selling. These products are pricey and you may have a hard time selling them.

3) Crowded market: The supplements and wellness market is LOADED with products. Most people are brand loyal and it's going to take salesman ship to get them to switch over.

5) Scott Talbett has a bad past: The founder of this company is known for running companies that sell sketchy products and falsely advertising their effects. He's had to pay millions because of this.

Is Amare Global A Scam?

I don't like Amare Global and I don't recommend them but I don't exactly think they're a scam.

There's no indication they steal your money or anything like that.

You pay for products and it's up to you to either sell them or build a team to sell them - there's a chance you make it. It's just a really, really small one.

MLM's are always an uphill battle and in my opinion it's not worth the effort. Even if you do succeed you'll be selling sketchy products and leading a team where basically everyone fails.

Hopefully by now I've talked you out of joining Amare Global - it's just to hard to succeed and you're more than likely going to lose over $1000.