Have you been approached to join American Dream Nutrition and wondering if it's a scam or pyramid scheme?

If so, this post is exactly what you're looking for. 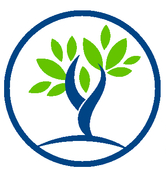 I personally recommend that you do NOT join this company for many reasons and the main one is the success rate is so low - odds are that you'll end up losing money instead of making money.

What is American Dream Nutrition?

American Dream Nutrition is a MLM company which means it relies on independent distributors to advertise and sell their products.

Nutrition is one of the most common MLM's there is and some popular ones are Ariix, Melaleuca, Zurvita, and more.

This means you'll have a difficult time selling products because many people will already by selling/buying nutrition products from these other companies.

NAD is well respected and their complaints should be taken seriously.

Some people think all MLM's are pyramid schemes and this isn't necessarily true.

American Dream Nutrition is in the second group.

Look at the picture below to understand:

Part of your commissions come from recruitment which look like the picture above. If this is the only way you can make money with a company than you're in a pyramid scheme - that's the definition of a pyramid scheme.

But recruitment isn't the only way you can make money with American Dream Nutrition, you can also sell their products straight to customers without recruiting.

Recruitment is the main focus of American Dream Nutrition, though, and without recruitment you'll have a hard time making any real money with this company.

Many MLM's have an income disclosure statement where you can look at the stats of who's making money and who isn't.

I've never seen an income disclosure statement that looked good for a MLM. More people end up losing money then making money and 99% of the people that do make money make a couple hundred a month.

American Dream Nutrition doesn't share an income disclosure which leads me to believe that it's worst than normal.

Even if American Dream Nutrition was average it wouldn't be good.

According to most studies between 65% to 90% of people lose their money.

The reason so many people fail is because of how the commission structure is set up. When income relies on recruitment and commissions are always flowing upwards, your spot on the pyramid determines your success, not how hard you work.

Like I said in the last section you can technically make money by selling the products directly to customers but I'm willing to bet there's not many people successful at American Dream Nutrition who do that, if any.

This is why I basically never recommend MLM's to anyone. It's just too hard to succeed and almost impossible to make a livable wage from network marketing.

The Cost To Join Is Moderate

MLM's usually are much cheaper to join than starting a brick and mortar business - those businesses cost on average $100,000 to start.

MLM's are usually in the hundreds or low thousands which make them attractive for some people. Even though the chances are you're more than likely lose your money, a few hundred won't make or break most people.

The cost to join American Dream Nutrition comes from purchasing a product pack (the products you'll be selling).

There's four packs and they are:

You can also make custom product packs for different prices as well.

There's another cost that you're going to incur when joining this company and that's your monthly personal volume or PV.

In order to be eligible you'll need to sell or buy 25 PV of products every month. If you can't hit that through sales you'll have to spend your own money to buy products.

The Compensation Plan Is Confusing

I've reviewed hundreds of MLM's in my life and only a couple of times have I found the compensation plan to be easy to understand.

Most of the time it's confusing, complicated and long - that's exactly how I would describe the compensation plan at American Dream Nutrition.

You can watch the video below if you want to see the whole thing as well:

I don't think it's important to know every little detail about the compensation plan and I'm just going to summarize the important parts for you.

There are 9 different ranks in the compensation plan and you get different benefits from going from one rank to the other.

There's also different requirements to go up a rank. For instance to go from the first rank to the second rank you have to double your PV from 25 to 50 and you have to recruit 4 people.

Once you get to Diamond, however, which is the 6th rank you have to start recruiting people on autoship.

Autoship is when a set number of products get shipped to someone every month. This increases the expenses to joining the company and will make it harder for recruits to make any money.

American Dream Nutrition is the only ones benefiting from this because it increases how much they make.

You can make money by selling products directly to customers. Your commission is the difference between the whole sale cost of the products and the retail cost.

How much you get depends on your rank and you can make up to 70% on each sale.

You get a commission every time you recruit someone into the system and how much you get is based on the product pack the new recruit buys when they sign up.

Here's the following packs with their commissions:

The commission structure here is a 2x15 and looks like the following: 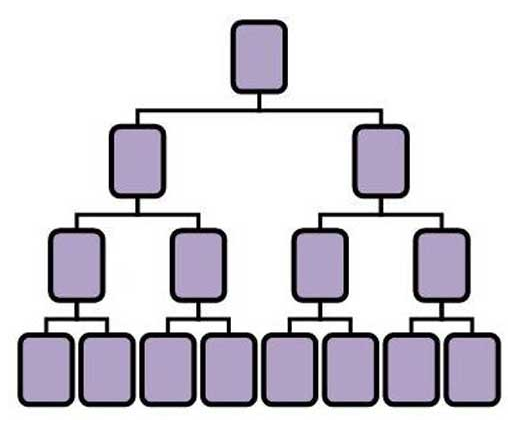 How much you make depends on the volume your team sells and the rank you are.

Gold rank would earn 1% more at each level and Platinum would earn an additional 1% on each rank.

There's two bonuses you can get called the Matching bonus and Infinity bonus.

The first allows you to earn a 20% commission on residual commissions from personally recruited affiliates as long as you'r a Platinum rank or higher.

The second bonus allows you to earn 1% commissions on the sixteenth level of the Matrix if you're a 8th or 9th level rank.

There's other smaller bonuses you can get that aren't really important to know unless you're far into the system.

The Products Are Expensive And Typical

American Dream Nutrition mainly focuses on nutritional products which many other MLM's do as well.

Here's what they sell: 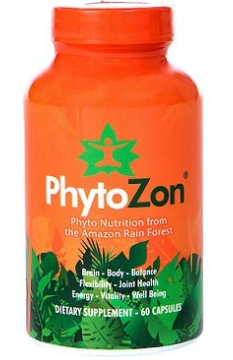 PhytoZon is the most popular product offereed by American Dream Nutrition and is basically a herbal mix with a few other ingredients mixed in.

There's a host of benefits that the company claims you get from consuming this product but NAD, like I mentioned before, claims the adverting for this product is misleading.

This is one of the more popular products offered at american Dream Nutrition and is a blend of different vitamins and ingredients.

This is another product that is very popular. It's a product with Chaga and Camu Camu.

This is a water purifier but isn't a device and is rather something you have to mix into your water.

This isn't a nutritional product and is instead a face cream.

Clear Heart, as the name suggests, is a product for heart health and it costs $55 for one pack.

I'm not entirely sure how well these products work. I'm sure some people will swear by them and others won't.

I'm sure they're not as good as advertised, though.

I do know they are expensive and you may have a hard time finding people who want to buy them.

Is American Dream Nutrition A Scam?

American Dream Nutrition is one of those companies that is close to being a scam.

The way the compensation plan is set up it almost seems like this company depends on affiliates buying products for revenue.

Meaning a large portion of the money American Dream Nutrition makes comes from affiliates buying their products just to remain eligible for the program.

Even if this company isn't an outright scam, it's 100% a bad business opportunity.

The chances of making money are very slim and you're more than likely just going to end up losing money.

Even though I don't recommend this company there's still a couple things I like including:

1) Small chance of success: Success in all MLM's is rare and that's the case with American Dream Nutrition. There's nothing special about this company that would help you be more successful than any other typical MLM.

2) Autoship and PV: I don't like when a MLM requires there affiliates to order a certain amount of products per month. This just seems like a way to profit from their affiliates.

3) False advertising: Reputable groups have come out against American Dream Nutrition and their advertising claims.

Hopefully by now I've talked you out of joining American Dream Nutrition - the chance for success is just too small.