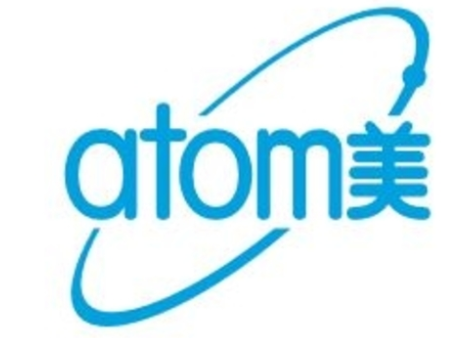 Are you looking to make money with Atomy and wondering if it's a scam or pyramid scheme?

If so, this post should clear up everything for you. You'll find company information, price to join, compensation plan, pros, cons and more.

By the time you're done reading you'll be an expert on Atomy.

Price to join: Free but must generate a certain amount of sales to get commission 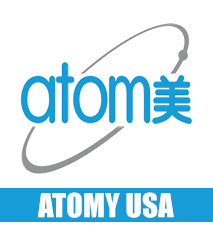 Summary: Atomy is a beauty and health MLM and is NOT a company that I recommend you join.

While there's some positives like free sign up, the success rate is very low and you'll more than likely just work a lot for little to show for your efforts (most likely nothing to show).

Atomy is a MLM company that was started in 2009 and it's parent company is a MLM based company in Korea founded by Han-Gill Park.

Park is the CEO of Atomy and there's little information out there about him. Usually it's good to know some stuff about the person heading a company you're thinking about joining but it's basically impossible to find anything.

Here's a video that I found of the CEO talking with English translations:

It doesn't really go into who Han-Gill Park is but it does go over the situations that lead him to create his companies.

MLM's are usually riddled with lawsuits as well but I couldn't find anything in terms of lawsuits either.

I think this is mainly due to the fact Atomy is kind of smaller compared to other MLM's.

Is Atomy A Pyramid Scheme?

This is mainly because of the commission structure which looks like this:

The reason part of the commission looks like this is because to earn serious money you'll have to recruit people to sell under you.

You can technically make money by selling Atomy products to people and earning retail commissions but ask anyone who makes a lot of money with MLM and they'll tell you the money is in recruitment.

When you recruit people it's called building a downline and once people are in your downline you make money off their sales and the sales of people that your recruit's recruit and so on.

Because of this, hard work and selling really isn't what is rewarded - recruitment is. The textbook definition of a pyramid scheme is when your income relies on recruitment.

So again - not an outright pyramid scheme but has elements of one.

Can you be successful with MLM's? Yes.

Are the odds in your favor? No.

Succeeding with MLM's is very rare and only 27% make any money while the remaining 73% LOSE money.

It's worst than you think too. The 27% that do make money tend to only make peanuts- like less than $300 per month.

The people that make $300 per month are working their butts off too (40+ hours a week).

That's horrible and you're better off just getting a job at McDonalds.

Only a small percentage (way less than 1%) make an average salary with even less making six figures.

These companies like to make it look like you'll hit it rich but only a very small group make any real money.

How Much To Join Atomy?

There is one good thing about Atomy and that is it's free to join.

Most MLM's come with a start up cost that can range from a simple one time fee to pricey monthly costs.

So the fact Atomy let's you try for free minimizes the amount you'll lose if (when) you don't succeed.

There's a couple of caveats to this, however, and they are:

1) Need to sell a certain amount to get commissions: In order to get access to your commissions you have to sell and make a certain amount. A lot of people probably make a sale or two and never get those commissions. This most likely makes up for the fact you can join the program for free.

2) You have to buy products to sell: This is kind of a no brainer but you do need products to sell or at least products to hand out as samples. You get a discount when you buy from Atomy in wholesale and then you earn a commission when you resell the products at retail price.

Overall, though, the cost to get started is pretty low.

MLM's almost always have complicated compensation plans and Atomy is no different.

You have to be able to decipher different terms, charts and figures to know what you're going to make and how to make it.

Here's the entire compensation plan if you want to read it yourself here.

There's really only three things you need to know when starting out and that is:

This is the part of the commissions that isn't a pyramid scheme and it's when you directly sell the products you buy from Atomy to customers. You make a certain percentage based on the discount you get when buying Atomy products in bulk.

This is the part of the commissions structure that is like a pyramid scheme and this is also how you will make a lot of money.

What Prodcuts Does Atomy Offer? 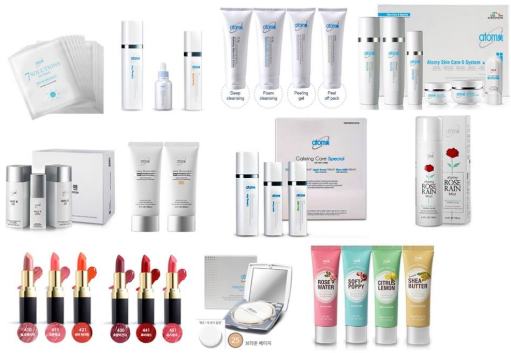 Usually with MLM's you'll see a couple products with one main product that they're most known for.

Each category has sub categories too. For instance, the personal care section is broken into 11 different products like shampoo, lotions, tooth paste, etc.

The problem with Atomy's product line is there's nothing really expensive. While it's a plus that they offer more than almost everyone else, they don't really have a unique product.

It's not going to be an easy task to get people to switch to a new brand, especially when that new brand is more expensive.

I'm going to guess you'll run into some difficulty trying to sell these products and it may be hard to find customers.

I personally don't recommend Atomy as a business opportunity but there's still a few things that I like:

1) Free to join: Some MLM's are very expensive to join and with their low success rate this can mean losing thousands of dollars if you don't succeed. Atomy is different, though, and it's completely free to join them.

1) Low success rate: Success with MLM's is extremely rare and the overwhelming majority just end up losing money. The people that do make money tend not to make anywhere enough to justify the work they do.

2) Expensive products: A problem you're going to experience is the products are expensive and pretty ordinary. You're really going to have to sell people if you expect them to abandon their favorite cheaper brands for Atomy.

3) Income relies recruitment: This is one of the worst aspects of Atomy and MLM's in general. This is what leads to the low success rates for for people to claim Atomy is a pyramid scheme.

Is Atomy A Scam

At the end of the day I don't think Atomy is a scam - I just think it's a bad bushiness opportunity.

There's little success with these types of money making schemes and most people just end up failing.

It has nothing really to do with how hard you work either. It more just has to do with the way the commissions work and the type of products you'll be selling.

Hopefully by now you realize that Atomy is just not worth your time - there's only a small chance you make money and even if you do the money usually is minimal.