Is bUnited A Scam Or A Creative Way To Fight Corporations? 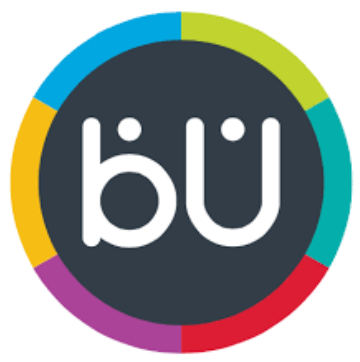 Have you recently been asked to join bUnited and are wondering if it's a scam/pyramid scheme?

If so this post will clear everything up for you and you'll know exactly if this company is right for you or not.

By the time you're done reading you'll know if you should join.

Do I recommend? Kind of! 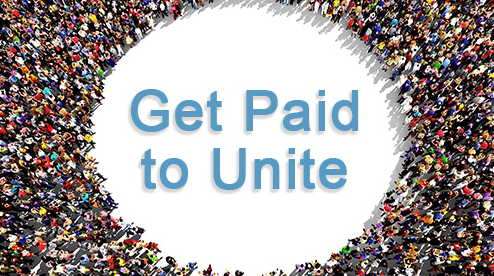 Summary: I review a lot of scams and MLM companies and I basically never recommend people join them. bUnited is a little different, though, and I don't think it would be bad for a person to join.

The reason I say this is because it's completely free to join and it seems like a good idea. You basically sign up and the combined power of all members is used to negotiate better deals with large corporations.

Better option: If you are looking to make extra cash or even a full time income from home/online, you should check out Wealthy Affiliate. That's where I learned how to quit my job and it's completely free to try!

bUnited is headed by Jim Jorgenson, Ozan Taner and Johannes Pohle. As far as I could find there's nothing sketchy in these men's past

Jorgenson and Pohle were founders of the successful but now defunct company called AllAdvantage. They were one of the first people to make use of viral campaigns.

bUnited is a little different and is described as a way for consumers to negotiate better prices/services from large corporations.

Here's a video that gives an idea of what they do:

It's actually a pretty good idea. Essentially you go to companies as a member of bUnited and leverage the power of a thousand people to get a better deal (deals on cell phones service, insurance, etc.).

bUnited cuts out the middle man which saves corporations money too.

Furthermore (since you have more power as a group than just by yourself) you can pressure companies to be more environmentally safer and make other positive actions.

This may all sound too good to be true and it just might be. Right now bUnited is in the process of getting customers and there probably isn't too many deals to take advantage of at the moment.

However, there's some large companies you can get better deals with through bUnited like Vodafone. Vodafone is a large telecommunications company that brings in over 40 billion in revenue.

Is bUnited A Pyramid Scheme

Many people think all MLM's are a pyramid scheme but that's not necessarily the case. Many are but many also aren't.

bUnited is definitely not a pyramid scheme despite having some similarities.

Look at the picture below if you aren't sure what I mean:

Part of every commission structure at a MLM looks like this - basically you make money when you recruit someone into the system.

That's the textbook definition of what a pyramid scheme is. Some MLM's aren't outright pyramid schemes because you can always just make money selling the products offered by the company directly to customers without recruitment - it's just more lucrative to recruit.

A pyramid scheme relies entirely on recruitment and has no products/services to sell.

You might be thinking that makes bUnited a pyramid scheme because you make money by recruiting and there's no actual products you're selling.

The major difference is there's no fee to join bUnited. You can't be a pyramid scheme unless people are losing money and no ones losing money here.

What is bUnited's Compensation Plan?

Most MLM's have very complicated compensation plans with different ranks, confusing graphs explaining everything and what seems like made up language.

Many exceed 25 pages in total as well.

bUnited is different, though, since you're not really selling anything but a free subscription.

You basically get $10 for everyone that you get to sign up and you get commissions when people you recruited get people to sign up.

You get paid up to 5 levels of separation. The structure is a unilevel structure that looks like the following:

According to the calcutor at bUnited if you personally sign up 6 people and those people recruit 4 people each, and then each of those people sign up 4 people and so on to the 5th degree you would earn over $20,000: 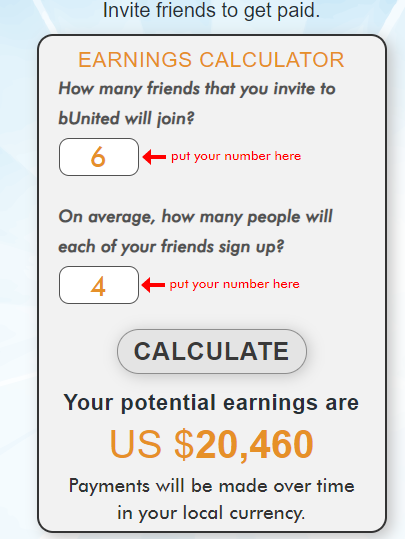 I'm not exactly 100% sure how the math works because they don't tell you what percentage of the $10 you get on your recruit's recruits. 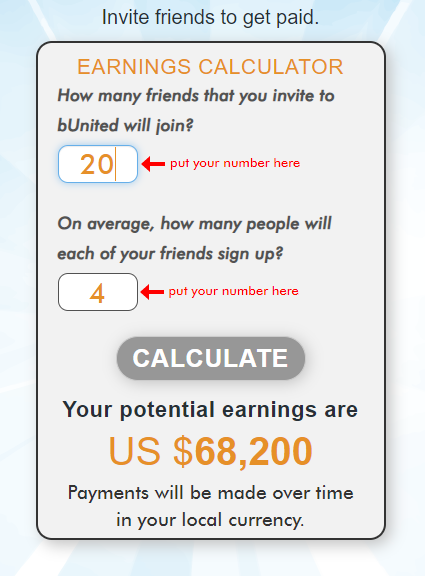 As long as bUnited actually pays there's definitely an opportunity to make money.

What Services Are Provided?

Like I said you're not really getting a product or service if you sign up for bUnited.

Instead you're joining a group of consumers to use that to leverage favorable agreements for everyone involved.

Many large businesses get deals on cell phone services, health insurance and other services.

The reason this can happen is because the middleman is cut out and there's thousands of customers - in the end everyone makes money.

Since you're not paying, though, you can be assured you are the product one way or another.

The more people that sign up for bUnited the better cuts the owners of this company get. That's how they're able to pay $10 for every member you recruit, get you a discount and still make money.

Here Are My My Concerns About bUnited

My main concern with bUnited is that it kind of sounds too good to be true. Not only do you get to sign up for free but you get paid when you get others to sign up.

Plus you get discounts with your free discount.

Besides just leveraging a group of people to get the best deal your data and other information may be sold.

I have no clue if this is what's going to happen but it wouldn't surprise me if it did.

Also, I have no clue whether or not you'll actually get your payments for signing people up.

This is a new company that definitely needs to make some pretty big deals to be able to pay people for a service that's free to sign up for.

It wouldn't surprise me if down the road some people weren't getting their commissions for signing people up .

bUnited is not a typical MLM and it's one of the few I would actually recommend you looking into.

1) Free to join: bUnited is completely free to try so there's no risk to signing up. Even if it doesn't pan out you won't really lose anything.

2) $10 per sign up: Even though it's free to join you still get money per sign up and a commission for everyone your recruits sign up down 5 degrees. There's potential to make thousands here.

3) Good cause: Consumer protection is definitely something that's worth thinking about. The best part about bUnited is it finds a way to protect consumers without government intervention or bureaucracy.

While I think bUnited is worth checking out, there's still better ways to make money - ways that don't require recruitment or anything like that.

I personally like affiliate marketing and the best place to learn that is Wealthy Affiliate. Wealthy Affiliate is where I learned how to make money online and now I make more than I ever did before.

You get everything you need to succeed including training, tools and an excellent community to help.

The best part? It's free to try!