Is CannerGrow A Scam? Definitely! 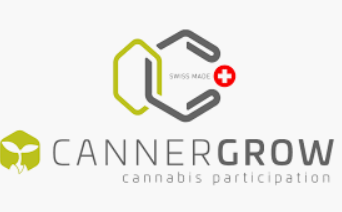 CannerGrow claims you can invest money with them and they will double your money without you doing anything..

You're probably wondering if this is a scam or not.

That's what you'll see in this review - you'll see everything you need to know about this company including background information, price to join, compensation plan and more.

By the time you're done you'll know if this company is right for you or not. 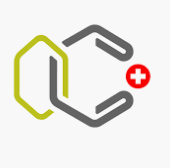 Summary: CannerGrow is a MLM opportunity that allows you to make an investment for a return later on down the road.

You don't actually get a product and can't sell a product - you're just promoting the opportunity to invest in Cannergrow (they grow and sell cannabis).

The problem with this company is they offer no proof to their revenue claims which means the majority of revenue is coming from recruitment and not selling cannabis (I'll prove this later on in the post).

This makes CannerGrow a pyramid scheme and ponzi scheme.

1) What is CannerGrow? CannerGrow is a MLM company which means you can make retail sales for commissions as well as residual bonuses for recruiting. This may sound good on paper but it's very flawed.

2) Who owns Cannergrow? The owners of this company are Maik Pietrowski, Levin Anweg, Severin Amweg and Sascha Washle.

These four originally created the company Cannerald with the hopes of being a large cannabis distributor.

Cannerald eventually failed, however, and morphed into Cannergrow.

3) What products does this company offer? You're not actually getting a product in return for your money. Instead you're investing money into the company on the hopes they sell enough cannabis to pay you back with interest. This isn't actually what's happening, though, and the majority of revenue from this company is made through recruitment.

4) Is this legal? I have no idea how the cannabis laws in Europe work but I do know ponzi schemes and pyramid schemes are illegal everywhere. Without getting into too much complicated details it seems this company is committing security fraud by not registering with any regulatory bodies.

Is CannerGrow A Pyramid Scheme?

CannerGrow is both a pyramid scheme and ponzi scheme.

An illegal ponzi scheme exists when:

Since there's no product here the majority of the company's revenue comes from recruitment.

When this happens the following occurs:

The only people that make money are the ones that get in early and recruit like crazy.

The reason the people at the bottom don't make money is because the pool of people to recruit dries up and eventually the scheme collapses before you make your money back.

Once recruiting cools down and stops there's no money to pay anyone out. Thus everyone pulls out and the scheme comes crumbling down.

Even worst Cannergrow is most likely a ponzi scheme as well.

A ponzi scheme is when you mislead about where revenue is coming from. Cannergrow claims they make the majority of their money growing and selling cannabis plants but there's no proof of this.

They aren't registered with any regulatory agencies (which would require them to prove their revenue claims). The only reason you wouldn't hand over records of your revenue is if you were lying about where your revenue is coming from.

Ponzi schemes are like pyramid schemes - they're 100% doomed to failure and collapse.

Also, promoting this opportunity could get you in trouble for committing security fraud.

Here's the thing - not all MLM's operate illegally and some are completely legitimate opportunities.

However, the success rate for MLM's (including the legitimate ones) is extremely low. Many studies show that only 1% of people that join a MLM will make money and the rest will lose money.

The reason for this is because the MLM business model is terrible. Recruiting is damn near impossible and many times people have to resort to recruiting family and friends.

Success will be even harder with Cannergrow because there's no real product to sell. MLM's that actually have a product for you to sell tend to last longer.

CannerGrow is 100% recruitment. The only way to make money is to recruit, recruit and recruit.

If you get in early enough and do that there's a chance you make money but it's unethical.

You'll be knowingly recruiting people into a scam where they are almost guaranteed to lose money.

Below is a couple more eye opening MLM stats.

How Much To Join CannerGrow?

Below represents the costs and what you get with your money: 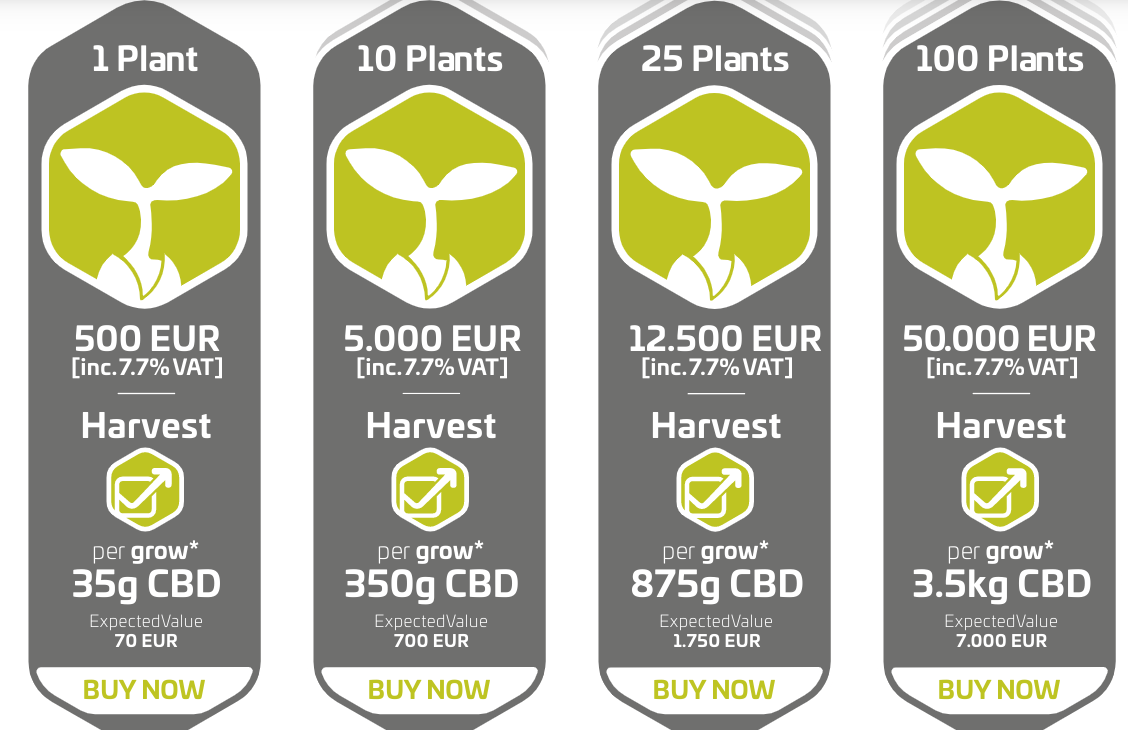 CannerGrow claims it takes 2 to 3 months to harvest plants and that's when you get your returns.

Keep in mind, though, there's no documentation to prove these results!

MLM compensation plans are always complicated and Cannergrow is no different. If you want to see the whole thing for yourself, click here.

I'm not going to explain every little detail and instead I'm just going to summarize the main parts.

This is the part I talked about in the last section. Essentially you invest a certain amount and get a return after the plants are harvested.

This is the part of the the plan that rewards recruitment and it's done in a unilevel commission structure.

Essentially you earn a certain percentage of the sales your downline makes and this is what you can earn at CannerGrow:

There's really not a product here per se. With most MLM's you pay and you get some products to sell to other people (while you try to recruit them into the system).

But that's not the case here. You're not selling anything other than a membership into to Cannergrow and you never actually get a product for your investment.

I guess you can say the product is the cannabis plant that CannerGrow cultivates but you never actually see the plant.

You really can't even verify how many plants are being grown or sold or anything like that.

Again, there's no proof of revenue here and it's most likely recruitment is the main source of revenue.

What I Dislike About CannerGrow

There's way more things to dislike here and the main things I don't like are:

Is CannerGrow A Scam?

I don't like to throw the scam word around a lot either. Some opportunities are just bad business ideas but not scams.

CannerGrow is a legitimate scam, though, and is probably operating illegally.

Pyramid schemes and ponzi schemes are illegal in every country in the world and CannerGrow is most likely committing security fraud as well by not registering with regulatory bodies.

This means you can get charged with security fraud for promoting CannerGrow.

CannerGrow is definitely not worth going to jail for.

Hopefully by now you see Cannergrow for the scam that it is.

If you're looking for a legitimate way to make money online and from home, you should check out Wealthy Affiliate.

Wealthy Affiliate is where I learned how to make money online and now I make more than I ever have in my life before (over $100,000 so far).

I work for myself now and only work 15 hours a week!