Is Cash For Patriots A Scam? An Easy Way to Make Money or Another Scam?

You've probably heard about Cash For Patriots from your uncle or a nice elderly neighbor who could not stop talking about it. How a trillion dollars are up for grabs thanks to President Trump's reforms. How they're going to sign up and receive checks every month. How they're going to spend that money when they receive the checks.

You're impressed, but you're also wondering if Cash For Patriots program is a scam or not.

If it sounds too good to be true, then it probably is.

In this review, we're going to discuss everything about Cash For Patriots, including what it offers, who created it, and whether it is a scam or not.

Summary: Cash For Patriots program is the brainchild of Zach Schiedt, one of the chief income analysts and writers of Agora Financial. According to Schiedt, the U.S. government has trillions of dollars that are up for grabs for the ordinary American patriots. There is no minimum requirement to be able to receive this money. All you need to do is join the program and you just wait for your checks to arrive. But is there any truth to this or is this another scam? Find out below.

What is Cash For Patriots?

According to the creator of Cash for Patriots, there is a lot of money just floating around thanks to President Trump's tax reforms. This money is allocated specifically for "American patriots." Simply sign up for the Cash For Patriots program, and you can earn as much as $6,567 every month.

You'll find a very long introductory/promotional video on the Cash For Patriots website. You'll hear from retirees and purported vets who have signed up with the Cash for Patriots program and are now receiving thousands of dollars every month. The narrator of the video brings up several names of retirees and vets, but no one can confirm the identities of these people or if they are just fictitious.

The narrator goes on to claim that people haven't heard of the program because the media's busy trying to bring down the Trump administration with incessant criticism. The narrator says that you deserve this money because of you're one of the real American patriots.

There are additional claims that seem so outlandish for discerning people. According to the narrator, you can receive two checks per month and you can earn as much as $7,980 per check. You can use this to pay off your mortgage or set it aside for rainy days. This is a pretty fantastic claim considering you don't have to work to get this money.

The Ugly Truth Behind Cash For Patriots

According to the promotional video, there are no special requirements for you to meet so you can qualify. Your age or income or party affiliation doesn't matter. You can be a Republican or Democrat and you can still join Cash For Patriots.

Sounds incredible and too good to be true? You're right because it is!

Zach Scheidt's promise of $6,000 a month reserved for "American patriots" seems so good and enticing that you're tempted to sign up. But the truth is it's nothing more than a way for Agora Financial (the company where Scheidt works) to turn you into a lead while profiting off from you.

Cash For Patriots really does not exist. The truth is there's no loads of cash lying around inside some vault owned by the U.S. government just waiting for some "true American patriot" to claim it. What Zach Scheidt is peddling is the membership program to Agora Financial, as well as a subscription to its books, its monthly reports on the stock market, and information on which companies to invest in.

But wait. The narrator of Cash For Patriots' promotional video said that you could earn as much as $7,000 per month. Where will this money come from?

Theoretically, that money will come from the return on your future investment in the stock market. You will only earn this much money if you follow the advice written on the book and monthly issues you're going to receive from Agora Financial.

But that's misleading, you say. Of course, it is, and you'd be wise to stay away from this scheme.

Who Created the Cash For Patriots?

The man behind the Cash For Patriots program was created by Zach Shneidt. According to his Linkedin bio, Scheidt is one of the editors at Agora Financial, a Baltimore-based publisher. Agora Financial covers the finance world, as well as health and lifestyle. It is also associated with Strategic Intelligence, Seven Figure Publishing, Money Map Press, Rich Life ATM, and more. 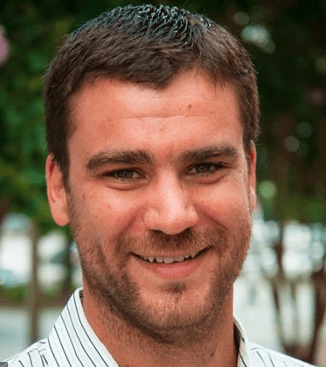 According to his Agora Financial bio, Scheidt began his career in the financial industry as an accountant for American bank SunTrust Bank. He also worked in an investment advisory company, handling millions in client accounts.

He also has other ventures aside from Cash For Patriots. He writes for publications including Buyout Millionaires Club, Contract Income Alert, Dollar Trade Club, and Family Wealth Circle.

Other publications he writes for include Income on Demand, Lifetime Income Report, The Takeover Alert, and Zach's Weekly Squawk Box. Make sure to take note of these names so you can watch for them the next time you read an exciting offer.

How Much Does It Cost?

​
Cash For Patriots offers three membership levels. First is the Silver level which is an online-only plan. Its annual membership fee costs $49. When you purchase the Silver membership, you'll receive one Agora Financial book, three free reports, and monthly issues from the company.

The second membership plan is Gold, and you can get this for $89 per year. When you purchase the Gold membership, you'll receive access to one Agora Financial book, three free reports, and monthly issues from the company. You can access these from your laptop or smartphone, but you will also receive a print copy of the book and other Agora Financial products.

The last membership level is Platinum, and it is available for $99 per year. You'll receive access to everything, as well as one Platinum-level bonus report. These publications are available in print (free shipping) and online.

​
There's nothing to like about Cash For Patriots program, and we're goin to discuss why that is so in the succeeding section.

According to Zach Scheidt, the U.S. government has made available some $2.6 trillion for American patriots. Many people haven't heard of it, but there were already some individuals who were lucky enough to jump on the bandwagon and get a chunk of this incredible pie.

The problem is this sales pitch is Zach Scheidt knowingly misleads people. The $2.6 trillion reserved by the U.S. government for the average American does not exist.

The most important thing to remember when it comes to money is that there's no such thing as free lunch.

According to the Better Business Bureau, Zach Scheidt and Agora Financial ran afoul of the FTC in recent years thanks to "misrepresentations and unsubstantiated claims made violate the FTC Act." Additionally, the FTC is seeking a court order halting the allegedly deceptive conduct, and to obtain money back for consumers."

Let's take a look at Scheidt's problems with the FTC in particular. According to the BBB, Scheidt and Agora Financial sold a newsletter entitled "Lifetime Income Report." Scheidt also released a book entitled "Congress' Secret $1.17 Trillion Giveaway" where he promised to show people how to claim "congressional checks" (also known as "Republican checks."

According to Scheidt, the book was marketed as free, but the buyer must pay $4.95 in shipping fees. But there's something Scheidt and Agora Financial failed to disclose. By buying the "Congress' Secret $1.17 Trillion Giveaway," the buyer is automatically subscribed to Scheidt's Lifetime Income Report without them knowing. They only have 30 days to cancel the subscription before they are charged with an annual subscription fee of $99 per year.

By the way, the book "Congress' Secret $1.17 Trillion Giveaway" only contains advice on how to buy and sell stocks. It doesn't really tell you how to claim checks from the government. That in itself is misleading and deceptive.

As a publisher, Agora Financial is not something you'd trust with your money. Many people have alleged that Agora Financial and its associates prey on seniors and other vulnerable people.

Its customer service is very poor, and irate customers will often be routed to an automated system. Some customers complained that they were charged by Agora Financial even after they have canceled the subscription. Customers were flooded with upsells after upsells, and they would sometimes be billed without them knowing. The bait-and-switch method also seems to be Agora Financial's modus as some buyers were billed a higher price than they were originally quoted.

Is Cash For Patriots A Scam?

Yes, Zach Scheidt's Cash For Patriots is a scam. There is no proof that the U.S. government has set aside trillions of dollars to be given away to "American patriots." There is no truth to the claim that all you need to do to get a slice of this pie is to sign up to Scheidt's newsletter, and you can sit back and wait for the cash to pour in. ​

The people who bought into Scheidt's promises were misled into thinking that they would receive a check or two per month. But all they received include a bunch of newsletters and a book that would teach them how to invest in stocks and other assets.

There's no doubt that Zach Scheidt and Agora Financial are engaged in deceptive practices when it comes to their sales pitch. Based on the number of complaints it received on BBB and similar websites, I honestly don't know why Agora Financial is still allowed to operate.

If you were about to purchase a membership/subscribe to Zach Scheidt's Cash For Patriots, then stop right there and reconsider your decision because this is a bald-faced scam.