Is Digital Payday a Scam? (Tried It So You Don’t Have To)

You might have heard about Digital Payday from your friend or a client. You're interested in earning additional cash with Digital Payday so you can finally leave your soul-crushing job.

But of course, you're not some wet-behind-the-ears type, so you exercise due diligence. You've come to the right place, because today, we're going to discuss Digital Payday and what it is all about.

In this Digital Payday review, you're going to discover whether it is a scam or not.

Summary: Digital Payday is a service created by "Daniel Bluth." This is a platform where people can buy and sell ads to earn a passive income. But the Digital Payday website is full of inconsistencies and outright falsehoods. Learn more about this website and why it is not a good idea to trust it.

What Is Digital Payday and How Does it Work?

Digital Payday is a unique opportunity offered by self-described entrepreneur and internet millionaire "Daniel Bluth." This is an alleged platform where people can earn a passive income by buying and selling ads.

Mr. Bluth has a classic rags-to-riches story. According to his bio, Mr. Bluth had tried many business ventures so he could make his fortune. Unfortunately, the majority of those ventures failed. It was not until he "discovered" the secrets of tech giants Facebook and Google that he experienced success.

He claims that anyone ⁠— whether you're a 60-year old grandma who has just retired or a factory worker who was recently laid off ⁠— can copy the tech giants' success formula and use it to secure their family's future.

He claims that he has earned more than $15 million with the help of online ad revenue. We'll put his claims to the test to know whether it's true or not.

Digital Payday's website used to be digitalpayday.co, but it has since changed to digitalpaydaybot.com. Make sure that you have installed anti-virus software on your device when visiting digitalpayday.co as the website has been flagged as suspicious.

The official Digital Payday website is quite simple. When you visit the website, you'll see a promotional video positioned front and center on the landing page. We presume that Mr. Bluth himself provides the narration in this video, but the voice is too smooth and modulated that it could only belong to a professional.

There's a form at the right side of the screen, and then photos of people who are partying or on vacation at the middle. Then there are the obligatory testimonials from Digital Payday users.

So, how do you join Digital Payday? (This is where it becomes complicated.)

First, you need to sign up on the website. Upon signing up, you will be routed to another website called Clicks Dealer. And what exactly is Clicks Dealer and how are these websites affiliated?

Before we proceed, keep in mind that Clicks Dealer's website has been taken down already. But there are some things about Clicks Dealer that we can still glean from other sites, so let's check out what this website was all about.

Clicks Dealers marketed itself as an advertising marketplace and platform where ordinary people can sign up and profit from online ads. It's like the stock exchange, but instead of buying and selling stocks, you're buying and selling ads. Specifically, ad banners.

These ad banners were placed on 3rd-party websites. Buy an ad banner that is placed on one website, and wait for site visitors to click on the ad you bought to make a profit. Once you've profited from that particular ad, you can now sell it at Clicks Dealers for a higher price. Ad investors needed to shell out a whopping $200 to $250 to invest in an ad.

It seems that after Clicks Dealer's demise, Digital Payday got itself a new partner. Its new partner is EverFX Global, a licensed Forex broker owned by ICC Intercetus Capital Limited. The company is based in Limassol, Cyprus.

After signing up, you will be routed to your EverFX's dashboard. You will be presented with a questionnaire regarding your citizenship, your annual income, and your total estimated net worth. You will also be questioned about the amount of money you're going to deposit in the next 12 months, your source of income, and whether you have traded Forex or CFDs before. This is perhaps to weed out people who don't have money to trade.

How Much to Join Digital Payday?

​
Joining Digital Payday itself is free, but joining Clicks Dealer is another matter altogether. Back when the website still existed, you need to pay between $200 to $250 to "invest" in an ad. Pretty expensive for a piece of real estate online.

Joining EverFX Global is also free, but you need to invest if you want to trade and earn online.

How Do You Get Paid with Digital Payday?

​
Digital Payday doesn't process any payment. This is just a sales that led other people to Clicks Dealer. This is also the sales funnel which leads people to EverFX Global. Because Clicks Dealer has collapsed, you will need to deposit money in EverFX Global to trade. It will be EverFX's responsibility to process your payout once you have made a profit.

Let's leave Clicks Dealer and EverFX for a minute to focus on Digital Payday. Unfortunately, this venture has some serious red flags and we're going to discuss them here.

Income claims are just too fantastic

The problem is the claims are simply too fantastic to be believable. It is highly likely that "Mr. Bluth" just came up with these figures to impress the less discerning. If he had made the amount a bit modest, this get-rich-quick scheme would have been believable.

The people cited in the video do not exist

The video presents three supposedly ordinary people who left their jobs to invest in ads and became rich in the process. The problem is these people do not exist. There is no Lawrence or Laurence Pasternak in Passaic, New Jersey or a Donna Portnoy living in Castle Rock, Washington. It seems that whoever created the names seems to be a fan of Russian poetry or Philip Roth.

Mike Garcia is a common enough name among the Latino and Filipino communities in Texas. I'm pretty sure that there are a lot of Mike (or Michael) Garcias in Texas, but do a quick search on Google and you'll find that none worked as a former Geico rep even when you zero in on Dallas.

Danny Lee, Mike Laszlow, Amy Knapp, and many more. These are names of people who purportedly earned money with Digital Payday. But the problem with these is that the names and profiles of these poor people were likely cribbed to make the testimonials realistic. 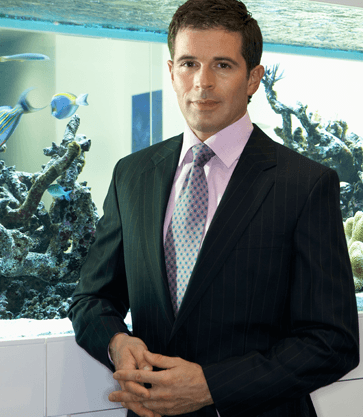 Come to think of it, Mr. Bluth himself is not real. This identity is fictitious, and the man's photo on the website is widely available and can be purchased as a stock photo.

The Mark Zuckerberg footage was not about ads itself

While it's true that Facebook and Google's revenues come from ads, the footage of Facebook CEO Mark Zuckerberg that is in the promotional video was taken out of context. It was a congressional hearing in which senators inquired about Facebook data misuse and not about ads only. The exchange had no relevance to what "Mr. Bluth" is selling whatsoever.

Moreover, no one knows what Digital Payday really promotes. The testimonials say that you can make money with advertisement, but suddenly you're routed into a foreign exchange website. Something is fishy here, and it's best to stay away from this website.

Is Digital Payday A Scam?

It's easy to discern that Digital Payday is a scam. It has so many red flags that it's like walking into a booby trap if you believe what the website is saying and spend your hard-earned money there.

First, it has overly inflated income potential. There's no way you can earn up to $5,000 in one day as Digital Payday claims. Some of the people who "endorsed" this website purportedly earned "$37,981," "80 grand," and "$150,000" just by buying digital ads. That's just a far-fetched dream because no one clicks those spammy ads unless it's by accident. It's easy to spot all the BS behind the hype.

You can tell that Digital Payday is a scam because it uses fictitious identities. "Daniel Bluth," the "owner" of the website, is a fictitious identity. The identity of the persons who gave testimonials about their Digital Payday earnings is also not to be trusted. The poor unwitting people whose names and pictures appear on the homepage probably do not know that they are featured on the website thanks to the ease with which conmen and scam artists can rip profile pictures and names from social media pages.

Another problem with Digital Payday is the inconsistency with its promotion. The website explicitly said that "Digital Payday is a premiere money generating service that provides members with passive income through online ad revenue." But why was I routed to a forex trading website when I signed up?

The verdict? Digital Payday is a total scam.