Is FutureNet, FutureAdPro and FuturoCoin A Scam? A Close Look At This Devilish Scheme

Have you been approached to join FutureNet (FutureAdPro, FuturoCoin, Banner App) and wondering or not if it's a scam.

There's a lot to untangle with this company and this review will look at everything you need to know about Futurenet.

By the time you're done you'll know if this opportunity is right for you. 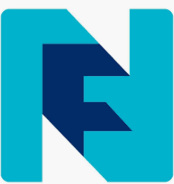 Summary: FutureNet is one of the more complicated companies I've reviewed and I'm going to try to simplify things as much as possible for you.

At the end of the day just realize Futurenet and all of the companies that fall under FutureNet's umbrella (FutureAdPro, FuturoCoin, Banner App) are scams.

If you invest in them you are likely to lose your money.

Better opportunity: If you're looking for a legitimate way to make money online and from home, click the button below. There you will see the training that taught me how to make six figures online and quit my to work full time on the internet:

Here's How I Make Money Online >>

A Brief History Of FutureNet

FutureNet is a little but more complicated than most MLM's and scams to unravel. This one spans many years and involves many companies and countries.

To really understand this company you have to know its history and below is a summary of key moments in FutureNet's history.

FutureNet launched in 2014 and is headed by Roman Ziemian and Stephan Morgenstern.

These two have a long history of being involved in various pyramid/ponzi schemes and scams. Some scam companies they were involved in were OneLine Online, LEO, World Ventures and more.

As you can see it looks exactly like a pyramid. This is because you make money by recruiting.

When the only way to make money is through recruitment you're in a pyramid scheme that's doomed to collapse.

In this pyramid scheme you can make money to the 10th level (it all depends on how many people you can recruit).

The second part is the matrix commission structure and looks like the following:

Here commissions are paid out as a percentage of the fees paid by affiliates purchasing positions in the matrix.

This may seem confusing but there's only one thing you need to know and it's this: This is strictly a recruiting scheme and profits come from recruiting and nowhere else. This makes Futurenet a ponzi and pyramid scheme.

Ponzi schemes and pyramid schemes are doomed to collapse 100% of the time. The reason for this is recruiting eventually cools down and when this happens there's not enough money to pay out everyone.

Since there's no other source of income, the scheme fails.

In order to prop the scam up many companies will launch more ponzi/pyramid schemes that coincide with the original scam.

This is what happened with Futurenet and Blue Ocean Online System.

Blue Ocean Online System is basically the same type of scheme where the only way to make money is through recruitment and there's no real product to sell (or generate additional revenue with).

This company cost $35 per month to join and collapsed soon after launching.

Again, there's no real product here and all your doing is investing money to get returns and recruiting people into the system.

The problem here is there's no real revenue being made outside of recruitment (just like Futurenet). You invest $50 and you get $60 back.

The second recruitment slows down there will be no money to pay back these investments.

The recruitment payout is unilevel and the fees to join go from $30 a year to a combination of monthly and yearly payments that are over $100 per payment.

FutureAdPro has collapsed more than once since launching.

FuturoCoin is a crypto that FutureNet uses to disburse funds and for internal reasons.

Since FutureAdPro collapsed FutureNet stopped paying out in Bitcoin and other well known cryptos and only paid returns out in FuturoCoin.

The problem is FuturoCoin has basically no value outside of FutureNet.

It was created as what's known as an exit scam. This is a trick scammer use to make more money. They basically offer a scam on the backs of what people consider legitimate and before people realize they were duped, the money is already taken.

FuturoCoin was artificially inflated to $18 and then deflated to $1 once investments started pouring in.

Banners App is another recruitment scheme that's meant to keep Futurenet alive and pump the value of FuturoCoin up.

Again, everything here is recruitment based and the commission structure is unilevel.

Is Futurenet A Pyramid Scheme?

The only reason Futurenet exists is because of recruitment and misleading investors about where revenue comes from.

Look at the picture below to understand how a pyramid scheme works:

In recruiting schemes the only people that make money are the ones who get in early and recruit like crazy.

The reason most people lose money is the pool to recruit from dries up and most pyramid schemes collapse in a couple years (the people at the bottom have no chance at making their money back).

On top of being a pyramid scheme FutureNet is also a ponzi scheme. A ponzi scheme is when you lie about where revenue is coming from to get more investments.

FutureNet makes it seem like there's money coming in from their different "products" (FutureAdPro, FuturoCoin, Banner App) but in reality all revenue is coming from recruitment which is doomed for failure.

Keep in mind that pyramid schemes and ponzi schemes are illegal in all countries.

Countries Are Catching On

Often times a ponzi/pyramid scheme will go on for quite some time before countries begin to investigate them.

Many scams like these collapse before regulators get a chance to really dig into them.

Poland has recently began investigating FutureNet and all the companies associated with Futurenet under the suspicion they are pyramid schemes.

Austria has given a warning to the public to be aware of the potential problems of Futurenet as well.

As time goes on more and more countries are going to begin to look in to this company and their practices.

I know some people who look for these type of schemes because they really don't have any morals.

They don't see people as victims and if someone falls for the scam they just see it as they should have known better.

These are people that are most likely going to be trying to recruit you. They don't care if you make money or get scammed or any of that.

They see it as a dog eat dog world and you're nothing but lunch to them.

So if you're being aggressively pressed to join one of these companies don't do it - it'll just end up with you losing money.

Is FutureNet A Scam?

Every aspect of this opportunity is a scam from FutureNet, to FutureAdsPro, to FuturoCoin, to Banner App and to whatever else gets tied into this scheme in the future.

Everything exists solely to prop up the scheme and to milk new naive investors.

Eventually payments to affiliates will stop and the scheme will collapse.

Or countries will begin opening investigations into the company and discover that it's operating illegally.

The only thing I know for certain is this scheme can't go on forever and will come crashing down just like any other ponzi/pyramid scheme.

I've been making money online for years now and I've reviewed hundreds of different courses and methods to make money online and from home.

The truth is most are scams.

If you're interested in the best program to learn how to make money online, you should check out Wealthy Affiliate.

Wealthy Affiliate is where I learned how to make money on the internet and now I make more than I ever have before.

I've even been able to quit my job to work full time from home and now I only work 15 hours a week.