Are you being approached to join Global Domain International (GDI) and want to know if it's a scam or not?

Below you'll find out everything you need to know about GDI including background information, price to join, compensation plan, product overview and more.

You'll know if this company is right for you by the time you're done reading. 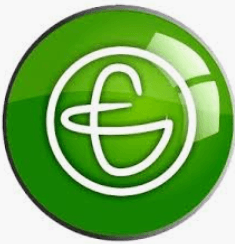 Summary: Global Domains International (GDI) is a MLM company that operates in the technology niche - they sell websites with .Ws at the end instead of .com.

There's many reasons I don't think you should join this company and the main reasons are there's no real demand for a .Ws website (you never see those) and the odds of making money are very low.

In general more people lose money with a MLM than make money and that's definitely the case here.

Better opportunity: If you're looking for a legit way to make money online (without having to bother friends or family) click the button below. There you will see the training that taught me how to make 6 figures online and quit my job:

1) What Is GDI? GDI is a technology company that launched in 2000 and was founded by Michael Starr and Alan Ezeri (moved on since 2016).

This company offers .Ws website domains and that stands for Western Samoa (a small country in Polynesia).

2) What's the difference between .com and .Ws? The reason someone would want to buy a .Ws over .com is there's plenty of domains available for .Ws. For example laptops.com would cost tens of thousands to buy where laptops.Ws would cost probably a hundred or less.

I'll explain the problem with .Ws websites later in the post but the main problem here is most people find .com websites the most trustworthy.

3) How do you make money here? This is a recruitment scheme which means you make money by trying to build a downline and get people to sell under you.

This is a terrible way to try and make money which I'll explain in the next section.

4) Is there similar companies out there? I haven't come across another MLM company that sold website domains.

Is GDI A Pyramid Scheme?

I believe it is one.

I'm not someone that likes to throw around that term a lot either because the truth is many MLM's aren't pyramid schemes.

The problem here is the ENTIRE commission structure looks like the picture below:

Legitimate MLM's only have part of their commission structure look like the picture above and it's the part that has to do with recruitment.

A legitimate MLM has a product to offer and you can make money without recruitment.

The problem with GDI is they don't separate retail sales and recruitment. You can't just go out there and try and sell .Ws domains.

I know this may sound confusing if you're new to this but the following sentence should sum things up for you:

If the only way to make money is by recruiting, you're in a pyramid scheme (which are illegal).

In the most legitimate MLM's most people lose money instead of make money. I'm talking about the MLM's that have well made products and a brand everyone recognizes.

Some studies show that up to 99% of people that join a MLM lose money - this is absolutely horrible.

The reason for this is the products offered by most of these companies are either overpriced, have too much competition or are just not needed.

Also, recruitment is incredibly difficult and you're going to have a hard time finding people that want to be in you downline.

Add these factors together and you have the overwhelming amount of people in a MLM losing money.

Below is a few more eye opening MLM stats for you to consider:

As you can see the typical MLM is horrible to join and I think Global Domains International will be even worse.

The price to join here isn't too bad and it costs $10 per month.

Many MLM's have horribly complicated compensation plans that go on for 20+ pages.

To GDI's credit the compensation plan is pretty simple to understand and you can read the whole thing here.

I'll sum up everything in case you need a little help.

Residual commissions is the money you make from building your downline and what you earn from the people in your downline.

This is paid out in a unilevel structure and looks like the following: 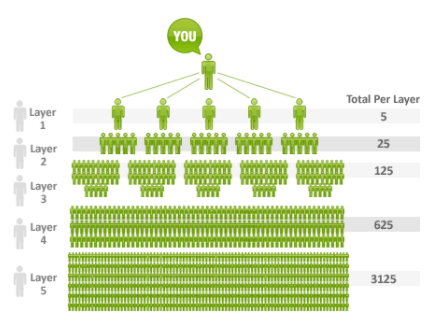 Basically you make 10% off the total sales of everyone below you up to 5 layers.

To get to this level would be borderline impossible, though. I'd bet 1 in every 5000 to 10,000 people would have this many recruits under them.

To get the $100 Bonus you'd have to recruit 5 affiliates in one week period. If you can recruit 25 people in a single week you'd receive $500.

In the residual commissions section I explained you earn 10% on all layers up to the 5th layer.

You can actually earn past the 5th layer and to an unlimited amount of layers if you hit the Infinity standard.

In addition you have to have a total of 5000 affiliates in the first 5 layers of your downline.

I work in the technology space and I've built many profitable websites in the last couple of years.

I've only had .com websites because I know those are the most trusted along with ,edu, .gov and .org.

I would never have a website that strayed away from those.

When people see a website with .Ws they're going to be skeptical of them, which is why you never see those kinds of websites.

Here's another thing to consider:

Many websites rely on their rankings in Google Search Engine (myself included) to get traffic and make money.

If you didn't know Google has over 500 different things they look at when they rank websites in their search engine.

One of the biggest factors is known as Click Through Rate.

This is the rate someone comes across your article or website and click on it from Google Search.

I've already mentioned .Ws isn't a trusted website domain so this will hurt your CTR which will in turn hurt your rankings and ability to get traffic.

So in terms of overall product I'd say GDI comes up short here.

There's really nothing I like about this opportunity besides maybe it's pretty inexpensive to join at $10 per month.

There's way more to not like here than to like and the main things I dislike are:

Is GDI A Scam?

If there was more of a retail opportunity and selling the services of GDI was better compensated without recruitment I'd have a different opinion.

The entire compensation plan is around recruiting and if you want to make any real money you'll have to recruit aggressively - to the point that you're only recruiting.

Even the people you recruit will have to recruit.

You're not going to be looking for people that need GDI's website builder or domains because of this.

You're 100% going to be looking for people that are going to want to recruit too.

This makes the products and services at GDI entirely irrelevant to you which means you're in a pyramid scheme.

Unless major changes are made at GDI this is the fate that awaits them. Because of this I recommend that you stay away from this company.

If you're still looking for a way to make money online and from home (without recruiting) you should check out Wealthy Affiliate.

Wealthy Affiliate is by far the best place to learn how to make money on the internet and it's where I learned how.

Because of the training at Wealthy Affiliate I've been able to quit my job to work from home and now I make more money than I ever have before.

Plus I only work 15 hours a week now.