Is IM Mastery Academy A Scam? Most People Make $52 For The Year 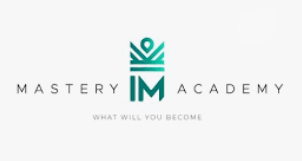 Did you hear the news?

iMarketsLive has rebranded and now it's being called IM Mastery Academy (the products and much of the company remains mostly the same).

If you're being approached to buy their trading courses or are being recruited by a distributor you're probably wondering if this company is a scam or not.

Below you'll learn everything you need to know about this company including background information, price to join, compensation plan overview, product review and more.

You'll be an IM Mastery Academy expert by the time you're done reading.

Summary: IM Mastery Academy is a rebrand of a forex and trading company called iMarketsLive. Much has stayed the same from the two companies and the change is more aesthetic than anything.

While there's a pretty strong product line up here and a push to make a lot of retail sales (and not solely focus on recruiting) I don't recommend that you join.

The main reason is most people will either lose money or make very little (the average person makes $52 a year with this company).

This company originally was an outright pyramid scheme because there was not retail opportunity/money making opportunity outside of recruitment.

However, after the CEO apparently had enough of running a company like that, they made some pretty big changes.

They switched up their compensation plan and made retail sales more prevalent which is good to see. They brought on board MLM superstar Alex Morton and iMarketsLive was brought back from the grave.

In September 2019 this company switched its name to IM Mastery Academy. This is very common in the MLM world but always a good sign.

2) How do you make money here? IM Mastery Academy is a MLM which stands for Multi-Level Marketing.

With these companies you sign up for a fee to be able to sell their products for a commission.

Also, you get rewarded for recruiting and building a downline as well. You get a certain commission based on the sales of the people below you.

This is a very flawed way to make money which I'll address in the next section.

3) Are there any red flags? iMarketsLive at one point was basically only red flags. After cleaning things up there were still issues like not being registered with the SEC. They offer a passive income stream and not being registered with the SEC while offering a passive income opprountiy is securities fraud (this seems to have ben fixed now, though)

Also, Alex Morton had previously worked with a MLM which the FTC deemed as a pyramid scheme.

4) Are there any similar companies? There are many MLM's based around forex and trading. Melius would be an example of one.

In the past this company was because of its compensation plan and how it rewarded recruitment.

However, IM Mastery Academy is not an outright pyramid scheme and instead just has elements of one.

In an illegal pyramid scheme the entire money making opportunity would look like the picture above. This happens when recruitment is the only way to make money because there's no product or the product is tied in with recruitment.

While you do make money recruiting in IM Mastery Academy you can make money without recruiting by selling the courses for a commission.

Additionally, the compensation requires a certain amount of retail sales to earn any money.

MLM's get a lot of hate. In fact, there's entire online communities devoted to making fun of people that join them.

The reason so many people hate MLM's is the success rate is so low and most people know someone that's been ripped off by one. Or most people have been approached to join one which can be annoying.

Overall, across the entire MLM world, most people lose money when joining a MLM and many studies show up to 99% don't make more than they invest.

The lucky 1% that do make money usually make less than a couple hundred a month too.

IM Mastery Academy actually provides a income disclosure statement where they show how many people have joined and what percentage are making money and how much money.

Below is the chart with the information:

Total IBO are people that paid to make money by selling IM Mastery Academy courses and to be able to build a downline.

The next group which makes up 7.5% of the distributors make on average $295 a year (less than a dollar a day).

As you can see there's such a small chance of making money here and it's just not worth your time or effort.

Here's some even more eye opening stats about MLM's in general:

MLM's are just not a good way to make money.

In order to join IM Mastery Academy you have to purchase one of their two Starter Packs.

The two packs are:

In addition to buying a starter pack there's a few more requirements to be eligible to participate which includes being 18 or older, reside in countries where the company is licensed to operate (US, Canada, Australia), have a valid tax number, etc.

Previously this company didn't seem to be registered to operate in any country which means they were committing security fraud. It does, however, seem like they fixed that.

I couldn't find IM Mastery Academy's compensation plan on their website which usually is a red flag. I did, however, piece together the plan after researching.

I don't think it's important to know every small detail and will instead summarize the most important parts:

At IM Mastery Academy there's 11 different IBO ranks that you can achieve and you move from one rank to another by hitting certain goals (recruitment and retail sales goals).

The graph below represents the different ranks you can achieve and what it takes to move up:

GV means group volume and is the total amount your downline sells. Qualified subscribers is the amount of retail customers you have.

Most people won't get past the first rank and basically nobody gets to the last one.

The graph below shows how much you'll make:

Residual income is the money you earn passively and IM Mastery Academy rewards retail sales up to 3 generations.

You have to have 3 active customers that you personally referred into the program to be eligible for these commissions.

Once you hit 12 customers (either personally referred or referred by someone in your downline) you can make up to $600 a month.

Once you hit 30 customers (either personally referred or referred by someone in your downline) you can make up to $1000 per month.

You aren't eligible for commissions unless 55% or more are retail commissions (this prevents a pyramid scheme from forming).

IM Mastery Academy products revolve around Forex trading which has to do with trading foreign currencies.

There's many products you can get here and you can either buy a bundled package (the Starter Packs) or get the main product (IM Mastery Academy) and pay add ons.

Here's what you get if you decide to get the bundled packages: 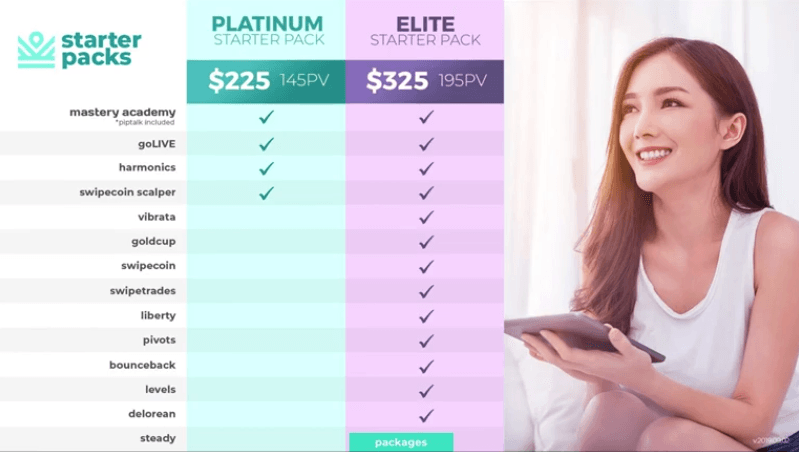 Here's a brief overview of each product:

This is the main course and comes with over 100 videos. It takes a newbie to an intermediate in forex training. There's other tools to help you out in trading as well.

Harmonics is a product that helps you get insights and analysis in forex markets.

This an algorithm that helps you make trades.

This is another algorithm but instead is geared towards long term trading.

This is a tool that helps develop trading strategies for you with analysis needed on your part.

This is an algorithm that helps find entry points, stop loss and take profits.

This is a product that helps correlate trade strategies.

This is a tool that searches for and identifies entry points for different markets.

This is a tool that shows you real time trade ideas and market analysis to your phone.

This is an algorithm that identifies reversal zones in different time frames.

This is another tool that sends trade ideas and market analysis to your phone.

This is a tool dedicated to finding trade ideas for binary options.

There's a few things I like about this company including:

Is IM Mastery Academy A Scam?

There's a difference between a scam and a bad business opportunity. Now at one point this company was a scam and would be considered a pyramid scheme.

However, in the last few years IM Mastery Academy (iMarketsLive) has done a good job fixing most of the major problems.

But there's one inescapable fact about IM Mastery Academy - basically no one is making money.

And at the end of the day, isn't that what you're trying to do here? Aren't you looking for a way to make money?

Are you looking to make under a dollar a day?

But unfortunately that's most likely what's going to happen if you join this company.

I started making money online as a complete beginner and have made over $100,000 since.