Is Lyconet, myWorld And Cashback World A Scam? The Lyoness Pyramid Scheme That Won’t Go Away!

Are you being recruited into Lyconet (Lyoness, Cashback World, myWorld) and are wondering if this network of companies are a scam?

If so, you came to the right place.

This is one of the more confusing opportunities out there and there's a lot of misinformation involved.

Below you'll see everything about Lyconect and the various companies that are associated including background information, legal issues, compensation plan and more.

By the time you're done you'll know if Lyconect (and the rest) is right for you. 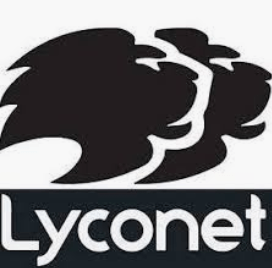 Summary: I've reviewed a lot of different MLM's, scams and schemes (literally hundreds) and none have quite been as confusing as this one.

Lyconet, myWorld, and Cashback World all stem from Lyoness which is a proven pyramid scheme.

This scheme has been around for many years and is constantly being rebranded and launched in various countries. It sounds good on paper and is extremely complicating to dissect.

At the end of the day it's pyramid/ponzi scheme and you should stay far, far away from it. Most people who invest will lose money.

Usually when I review a MLM or pyramid scheme it's pretty easy to dissect. There's a compensation plan, some products and there isn't too much to look at.

However, it's different with these companies because they're all part of a very extensive and long running pyramid scheme that started out as Lyoness.

Every couple of years, though, regulators begin to dig into Lyoness and because of this they start changing there name and business model to confuse investigators. Sometimes it works and sometimes it doesn't.

This is the year Lyoness launched and it was founded by CEO Hubert Freidl. At this time it was just one company (a cashback opportunity + MLM opportunity).

People could shop through the Lyoness marketplace and earn 1% to 2% cashback and you can earn cashback when you refer people into the program (and the people who your recruits refer as well).

That wouldn't be too bad but there's another aspect to Lyoness - you can invest in what is known as "accounting units."

Essentially you put a down payment into Lyoness which can cost thousands of dollars Once you recruit enough people who make similar downpayments you get a return on your initial investment.

The investment you make has no connection with products or anything like that. It's essentially a gamble that you can get a lot of people to make the same investment.

The main problem here is the revenue Lyoness generates mostly comes through recruitment and these large down payments (not through retail activity or their cashback program). This is ponzi scheme/pyramid scheme 101.

2013: Investigations and the birth of Lyconet

Lyoness grew and a lot of people began investing money into the "accounting units." The problem here is almost everyone who gets involved in pyramid scheme ends up losing money.

As more and more people lose money the scheme will begin to get scrutinized. In the last 10 years Lyoness was investigated by:

and more. In order to make the company seem more legal Lyoness broke up the cashback program and "accounting units."

Lyconet changed the name of "accounting units" to "shopping units." There were some changes to the compensation plan but the premise is pretty much the same - invest money and get people to do the same.

Again, this scheme relies on investment and recruitment meaning most people lose money.

However, because of the name change and breaking up of the cashback program from the investment portion, many regulators and investigators were fooled and Lyoness (now Lyconet and Cashback World) skated justice.. for a little while.

2015 to Now: Justice begins being served + launch of myWorld

Even though Lyoness had split and rebranded the same problems that faced Lyoness sprang up again with Lyconet. Because of this many investigations were started and reopened.

Norway for example fell for the rebrand in 2014 but opened another investigation in 2017. This time myWorld was launched which seemed like a way to confuse investigators.

This time it didn't work and in 2018 Lyoness was deemed an illegal pyramid scheme and was banned from operating in Norway.

Austria also deemed Lyoness operated illegally from 2007 to 2009 and in 2012. As a result Lyoness must pay back all people that invested in the "accounting units" with interest.

The Scam Is Being Pushed In Malaysia, Saudi Arabia And Columbia

Here's the thing with ponzi schemes and pyramid schemes - they need recruitment to keep things going.

Once recruiting stops the system collapses because there's not enough money to pay back early investors.

It seems Europe has caught on to the game with Lyoness and it's banned in many countries in Europe.

The ponzi scheme seems to be what's keeping Cashback World and Lyconet/myWorld going. Statistics were submitted in court when Finland was investigating Lyoness and it showed very little retail revenue.

This means recruiting and investing were the main source of income which is the definition of a ponzi and pyramid scheme.

Because Lyoness needs recruits to keep the game going they're launching in new countries. It seems they're geared to hit Malaysia, Saudi Arabia and Columbia hard.

People already in the scheme get first dibs and have an option of paying several thousand dollars to be at the top of the pyramid in each new country (starting price is 5,000 Euro and can be as expensive as 15,000 Euro.

The money from the local population of Malaysia, Saudi Arabia and Columbia will pay back the initial investment.

Eventually recruitment in these countries will run dry and the scheme will collapse there as well. The unsuspecting victims will lose their money.

SO IF YOU LIVE IN MALAYSIA, SAUDI ARABIA, AND COLUMBIA DO NOT INVEST. IT'S 100% A SCAM.

Watch This Funny Video About Lyoness

The Dragon Den is a popular show in the UK where people bring their ideas to wealthy investors and the investors try to negotiate a deal to become a part of the business.

In America this show is called Shark Tank.

Well a gentleman came in trying to convince the "Dragons" to invest in his Lyoness pyramid scheme.

Watch what happens when the Dragons hear the pitch:

The guy invested $10,000 into Lyoness and years later hadn't made a single dollar. The Dragons are all millionaires and they've probably seen scams like this before.

There's a good chance that they even know about Lyoness.

As you can see none of them wanted any piece of this guy's scheme and told him he shouldn't have invested into Lyoness.

Take these people's opinions very seriously and please don't invest into Lyoness, Lyconet, Cashback World, or myWorld (or whatever they call themselves today).

The company is rebranding and renaming constantly and always being launched in new unsuspecting countries.

The retail profits from the cashback program are too small to keep the scheme going without recruitment.

People are constantly losing tens of thousands of dollars and one day recruitment will dry up for good.

When that happens the entire scheme will come crashing down.

Hopefully by now you see the scam that Lyoness, Lyconet, Cashback World and myWorld is.