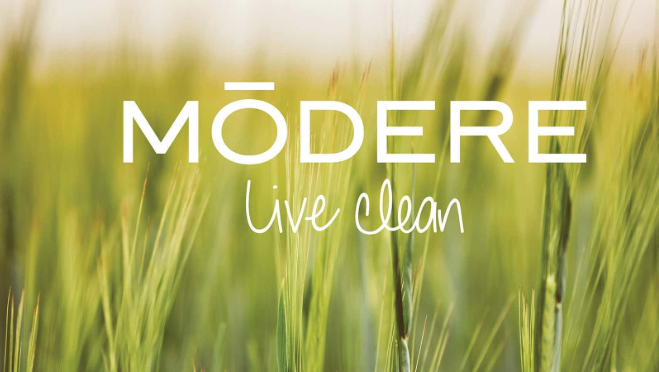 Overview: Modere is a company that sells natural health and cleaning products. If you're reading this you're probably wondering if you can make money with this company and whether it's a scam.

I don't think Modere is necessarily a scam but it's NOT a company I suggest you join. MLM's are incredibly hard to succeed with and most people just end up losing money.

Modere is a rebrand of a company named Neways. Neways has had some pretty serious issues in the past and some of the founders have gone to jail.

Some of the problems included Tax evasion and stuff like that which I personally don't think is the biggest deal on earth but the company did get caught selling illegal ingredients which is a big deal.

In 2013 the company was purchased by Z Capital Partners and basically everything was changed about the company - new management, new compensation plans, new marketing and more.

In 2014 Modere was born. I would definitely say Modere is a vast improvement over Newawys and their products are definitely more legit.

Is Modere A Pyramid Scheme?

MLM's often get called a pyramid scheme - is it true? Almost. I don't think I would necessarily call all MLM's pyramid schemes but they have a lot of similarities.

That's how the commission payouts look, with most of the profits going towards the top and the bottom, where most of the people are, get the least.

What shape is this commission payout? A pyramid!

The reason for this is not only do you make money by selling MLM's products, you also get a piece of the commissions of the products your recruits sell.

Going forward you get commissions on the sales your recruit's recruits make and so on.

Most of the money you make as a distributor comes from building your downline and having people sell under you.

This is why the money stays at the top and rarely trickles down to the bottom. The only way to make any real money is to be at the top of the pyramid - find yourself at the bottom and you're just going to lose money.

What Does Modere Sell?

I'm not a scientist and I'm not really a natural health expert. I do believe in natural health products and have some experience with herbal products.

I can't really say for sure if these products are legit or not - I'm sure they're safe and give some benefits but I'm not qualified to really say.

I can say this, though: their products are DEFINITELY overpriced. This is something that's very common with MLM's. The products are always pricey and there's always alternatives that are much cheaper that are similar in quality.

For example, take a look at their Omega 3 supplement: 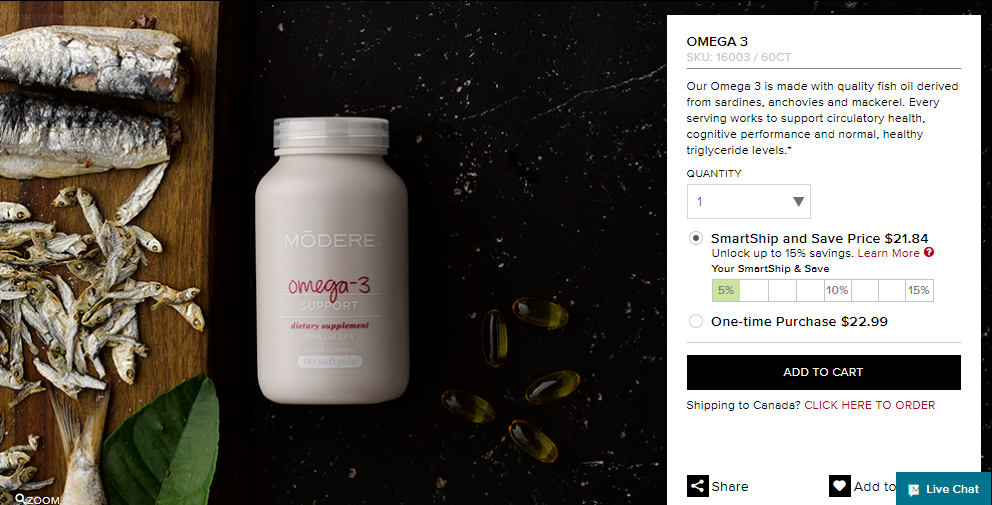 I'm not saying this Omega 3 is low quality or anything like that but $22 for 60 Omega supplements is very expensive.

Here's one of the top Omega 3 supplements on Amazon:

This product has over 11,000 reviews and almost all are very positive. This product costs $28 but you get 180 supplements which is three time the amount of the Modere Omega 3.

Why would someone pay so much more to get less when they can pay less and get more without losing any quality? They usually won't.

You can pretty much find all of their products are overpriced.

Do you many people are going to pay that much for energy drinks?

You're going to have to be a very good seller to convince people to make these expensive purchases and abandon their cheaper, favorite brands.

How Much To Join Modere

If there's a benefit to MLM's it's that it's cheaper to join most MLM's when compared to starting a brick and mortar business.

I'll go over this more in the next section but you're almost doomed to fail if you join a MLM but losing $399 shouldn't effect your life that much - most people can recover pretty quickly from that.

If you fail and lose $100,000 that will definitely effect your life and it may be impossible to recover from.

The Success Rate Is VERY Low

This is one of the main reasons I try to steer people away from MLM's. There's virtually no way to succeed and you'll just end up losing your initial investment.

The reason the success rate is so low is because that's just how MLM's are set up. A lot of people will tell you it's because these people didn't want it enough or didn't try hard enough but that's simply not the case.

Like I said up top, MLM's are very closely to pyramid schemes. In a pyramid scheme there's a few winners and a lot of losers. The winners have hundreds of people selling for them and are at the top or near the top of the pyramid.

The losers are at the bottom doing all the work. The problem is if you're at the bottom the market probably has become saturated already. Not only are there less customers to sell to but there's less people to recruit.

Once this happens something ugly happens: you try selling to friends and family.

Who Are You Going To Be Selling to?

I mentioned this earlier but it's worth repeating. Most people that succeed with MLM's don't focus on selling the product. They focus on building their downline and recruiting people to sell the product. This makes much more money in the long run.

When you see people making hundreds of thousands a year from MLM's it's because they have a huge downline.

If you are on the bottom you are going to be pressured to sell because the people at the top rely on you selling to earn commissions.

Modere is more geared towards people selling online and social media. The products are expensive, however, and more expensive than other products of the same quality. Much more expensive.

If you have $400 worth of inventory and you're getting pressured by the top of the pyramid to sell and you're having a difficult time selling the products because they're too expensive, what are you going to do?

Some people give up and just say forget. Others turn to their close friends and family to either sell the products or recruit into the scheme.

It's just not worth it. It really isn't. There's other ways of making money at home or online that are better and won't ruin close relationships.

What Is Modere's Compensation Plan

The compensation plans for MLM's are always very difficult to understand and some are up to 50 pages long.

I'll briefly describe what the compensation plan is for Modere so you get a better understanding of how you'll be getting paid if you're one of the lucky 1% to make money.

Here's a good video that goes everything:

Sometimes I look at these compensation plans and I think only a math genius could figure out what the hell is going on.

Here's a very brief overview of the plan:

1) You get commissions for every person you sell to. Remember, though, the products are overpriced so this may be difficult.

2) You get commissions for every product your downline sells. This is where the money is and depending on how many people you have selling under you determines how much you'll earn. The more people, the higher the commissions.

3) First order bonus. This is when people you get to sign up to get their first order. You get extra money for this.

Those will be your main sources of income. If you want to look at the whole compensation plan, click here.

I definitely wouldn't recommend Modere and think you should stay away from MLM's. But there's a few things I do like:

1) The products seem pretty legit and get decent reviews.

2) The company has re-branded and put in a whole new team. All the bad stuff about Neways was changed and the company is definitely more legit now.

3) The company is relatively new. MLM's usually peak after 2 years so there's still a chance to get in early and not be at the bottom of the pyramid.

There's a lot I don't like and there's definitely more cons to Modere than pros.

1) MLM is a horrible business model. 99% of the people who get involved in MLM's lose their money and it's very comparable to a pyramid scheme. Basically all the money stays at the top and the people at the bottom have little shot at making it.

2) The products are overpriced. The quality seems to be high and the reviews are good but there's so many equally as good products for half the price.

4) Poor training. Most MLM's have decent training but Modere is not known for theirs. That means you'll have to get training on your own.

5) Very competitive market. There's so many natural health products out there. It's hard to stand out and Modere isn't special enough to stand out on its own. That means the entire burden will be on your sale skills.

Hopefully by now I've talked you out of joining Modere. It's just not worth joining and it's almost impossible to succeed. You're most likely to lose your money and even worst can lose friends and family.