Is MyBitcointube A Scam? How Much Can You Make From Watching Videos?

MyBitcointube is an online opportunity that promises you can make hundreds for watching 60 second videos and pays you when you recruit people into the system.

Naturally you're here because it sounds too good to be true and think MyBitcointube may be a scam.

I'll explain everything about this company including background information, red flags, price to join, compensation plan and more.

By the time you're done reading you'll know if MyBitcointube is legit or not. 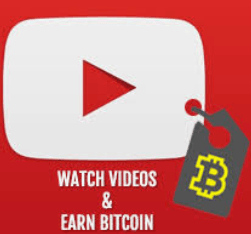 Summary: MyBitcointube is a scam that promises to pay you to watch videos and gives you commissions when you recruit people into this scheme.

My guess is most of the money is coming from new recruitment which makes MyBitcointube a ponzi scheme that won't last for too long (ponzi schemes always collapse).

Additionally, there's complaints about this company not paying out and it seems to me they're laying the ground for an exit (where they run off with everyone's money).

Better opportunity: If you're looking for a way to make money online legitimately and build a real online business, click the button below. There you will see the training that taught me how to make $100,000 online:

There's two different ways to make money here and they are:

The first way is free and you earn money by watching different Youtube videos. Apparently people pay to have people watch their videos for some reason (they're probably been scammed into thinking it will help them make money).

In reality you should be marketing your Youtube videos to potential buyers not people that aren't interested in your video.

MyBitcointube claims you can make up to $200 per day video but that's absolutely not true and no one is making that much.

MyBitcointube claims they have 93,301 registered users and if each made $200 a day they'd be paying out over $18 million a day to these people (which would be half a billion a month).

The next way to make money is to recruit people into the scheme. You earn 10% on all money your referrals spends on video and banner ad purchases as well as 20% affiliate commissions when they upgrade as well as a free ticket in the Weekly Lottery for every video your referral watches.

This means new investment and recruitment is the best way to make money which makes MyBitcointube a ponzi scheme (I'll explain more on this in a little).

How Much To Join MyBitcointube?

MyBitcointube is free to sign up for but it's not really going to be worth using it for free. They make it hard to watch videos and earn money if you're on a free account.

For instance, if you pay $19.95 every 30 days you get priority status and get first dibs when it comes to watching videos.

My guess is basically all the videos just got to people who pay.

Also, there's adpacks that you buy that can cost hundreds. To be honest I'm not entirely sure what the purpose of the adpacks are.

How Much To Join MyBitcointube? 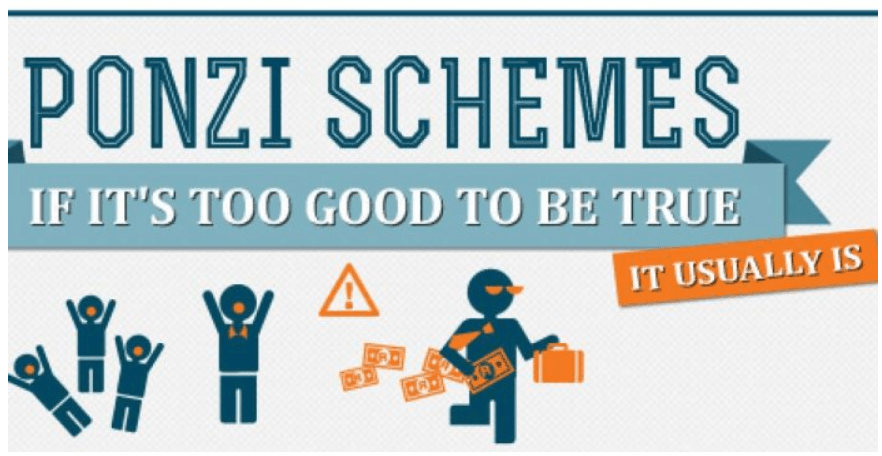 I'm sure you've heard the term "ponzi scheme" before but never really thought to much about what it means.

A ponzi scheme is when the majority or all revenue comes from new investment and that money is used to pay off earlier investors.

The reason this is illegal and never works is you can't recruit forever. Eventually new investment will slow down and because there's no other source of revenue, the scheme collapses and most people lose their money.

Ponzi schemes fail 100% of the time because they are unsustainable, which is going to happen to MyBitcointube.

This is why they have a referral program and will push you to bring in new recruits.

The money they use to upgrade their accounts and spend on adpacks is then used to payout other members.

A major red flag is when a company (especially one as sketchy as MyBitcointube) doesn't show who owns the company.

I review scams for a living and have reviewed hundreds of scams in the last year alone.

Almost every single time the person who runs the scam is unknown. The reason for this is the person who actually does run the operation is a serial scammer.

If people actually learned who the people behind these companies were they would stay away from them once they saw the owner.

That's what is going on here.

I doubt this is the first time the real owner or owners of MyBitcointube have run a scam and I doubt it will be the last.

While doing research on this company I kept seeing the same thing over and over - people complaining they weren't able to withdraw the money in their account.

Again, this is very common with scams and is a red flag the scheme is going to collapse.

Here's a few comments on different reviews talking about MyBitcointube:

These comments are only a couple weeks old as well from when I'm writing this too. MyBitcointube has serious problems and they're not paying out a lot of people.

They don't seem to be responding to support tickets or anything like that too. This is a major red flag.

An experienced scammer always has an exit plan and they pull this card when the company is about to collapse.

They might say the company has been hacked or they're updating the system and you'll be able to make withdrawals soon or maybe introduce another aspect meant to drum up more investment.

Something along these lines.

If you go to MyBitcointube's Facebook page you'll see they're already laying the groundwork for their exit scam.

Almost all their posts are excuses on why certain people aren't able to withdraw their money.

These were all within a couple of weeks of each other.

Remember when investment stop that's when the scheme collapses. The people who run this company are going to try to milk this as long as possible and bounce with all the money.

You Won't Get Your Money Back

The main three sources of traffic according to Alexa are:

There's some bad grammar in the FAQ section of the website so it's definitely not from America (you'd have to be crazy to run a ponzi in America because there's strict laws against it).

It could be from the other countries but scammers don't tend to target the country they live in. It's most likely operating out of an Eastern European country or Asian country.

The point I'm try to make is once a scheme like this collapses there's nothing you can really do.

I doubt the country that MyBitcointube operates out of will prosecute them and you'll never be able to personally sue/find them.

I wouldn't even sign up as a free member here but I DEFINITELY wouldn't put any money into MyBitcointube.

There's a good chance you never see it again.

Basically everything. Here's the main things I dislike:

There might be people that have made a little money off this (especially in the beginning) but this company won't last - it's not made too.

It's made to get as much investment as possible and to collapse.

Unless you're the owner or someone that go in early you'll more than likely lose any money you deposit.

Even if you sign up for free it's not worth your time. You won't make any real money and most of the videos will just go to people that do upgrade.

You're time could be better spent elsewhere.

Don't be too bummed about MyBitcointube being a scam - there's plenty of other ways to make money online!

The best place to learn how to make money from home and on the internet is Wealthy Affiliate.

Wealthy Affiliate is where I learned how to make money online and now I make more than I ever have in my life.

I've even been able to quit my job to work from my couch.

You can even try Wealthy Affiliate for free too!