Is OneHope Wine A Scam? I’ve Seen This Scheme Before.. 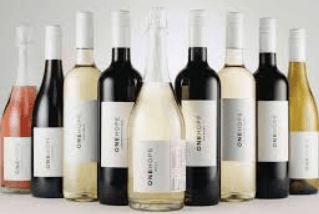 Have you been approached to join OneHope Wine and are wondering if it's a scam or not?

By the time you're done you'll know if OneHope is right for you. 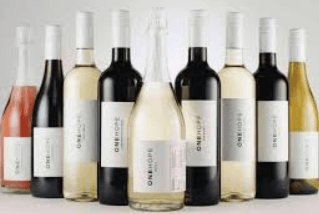 Summary: There's more and more wine MLM companies popping up and OneHope Wine is pretty typical when compared to other ones.

They have pretty decent wine (judging off reviews) and apparently portions of every sale goes to charity.

But is it worth it for you to join them to try and make money? No.

There's a few reasons I say this but the main reason is the success rate is low - most people that join a MLM lose money instead of make money.

1) What is OneHope Wine? OneHope Wine is a company that sells various wines and part of the sales go to charity (nearly $5 million in donations as I'm writing this).

The company was founded by 8 friends and you can hear more about their story by watching the video below:

2) How do you make money with this company? OneHope is a MLM (Multi-Level Marketing) which means you sign up as a distributor and you make money by selling products directly to customers - in this case you'd more than likely throw wine tasting parties to generate sales.

Because this is a MLM you also earn money through recruiting and building a downline. This may sound good on paper but it's a very flawed process which I'll explain in the next couple of sections.

3) Is this legal? Online wine sales is legal in most states with exception to a few like Alabama, Utah, Arkansas and a few others.

Most states restrict out of state wine shipping, however, and only 12 states allow you to order wine across state lines.

Click here to see all state laws having to do with online wine sales.

4) Are there similar companies out there? There's many wine MLM's out there and there seems to be a new one pop up every month. Some I've reviewed recently are Scout and Cellar, Traveling Vineyards, and Direct Cellars.

Is OneHope Wine A Pyramid Scheme?

MLM's are just one of those things that get a lot of hate...

I mean A LOT of hate.

There's entire online communities devoted to mocking the industry and the people that are involved in them.

The recruiting, the cheesy Facebook posts and expensive products have left a sour taste in a lot of people's mouths.

Because of this people tend to be a little hysterical with claims about different MLM companies and many people consider them all pyramid schemes and scams.

I've definitely reviewed different MLM's that are pyramid schemes and outright scams but I wouldn't put OneHope Wine in that category.

It does, however, have elements of a pyramid scheme. Look at the picture below to understand what I mean:

An illegal pyramid scheme would look entirely like the picture above. This happens when recruitment is the only way to make money and there's no product/service involved or the product/service is a scam.

At OneHope there's real products involved and you can make money without recruitment - you can just sell wine directly to customers.

But there is recruiting in OneHope and it looks like the picture above (pyramid shaped). So again it has elements of a pyramid scheme but isn't a straight up pyramid scheme.

MLM's are.. difficult to make money with - very difficult.

If a hundred people join an average MLM company only one person would make money and the rest (99%) would lose money.

Keep in mind that one person just has to make a dollar more than they invested to be considered "making money."

The 1% that do make money only make on average a couple hundred a month which really doesn't justify the work they're putting in.

The reason for this is the system is very flawed. Usually MLM products are too overpriced and this hurts your retail sales.

On the other hand recruiting is very, very difficult and most people are going to resent being approached to join your downline.

As you can see you'll want to stay away from not only OneHope but all MLM's.

How Much To Join OneHope?

In order to join OneHope you have to buy one of three Starter Kits and the kits are:

Every year you will have to pay the membership fee which is $99 as well.

OneHope's Compensation plan is a doozy and if you're not familiar with MLM terms and jargon it'll probably look like it's written in a different language.

If you want to read the entire 36 page plan for yourself, click here.

I personally don't think it's important to know every single detail of this plan and instead will just summarize the main parts:

At OneHope there's 10 different affiliate ranks and they are:

This is the part of the compensation plan that rewards your sales directly to customers and you can earn between 20% to 25% (depending on your affiliate rank).

Residual commissions are the earnings you make off your downline's sales and your recruiting efforts.

Below is a picture of how this commissions structure typically works:

How much you make and to what level you earn from depends on your rank and how much your downline sells.

Below is a pciture of what the structure looks like when you reach the last rank: 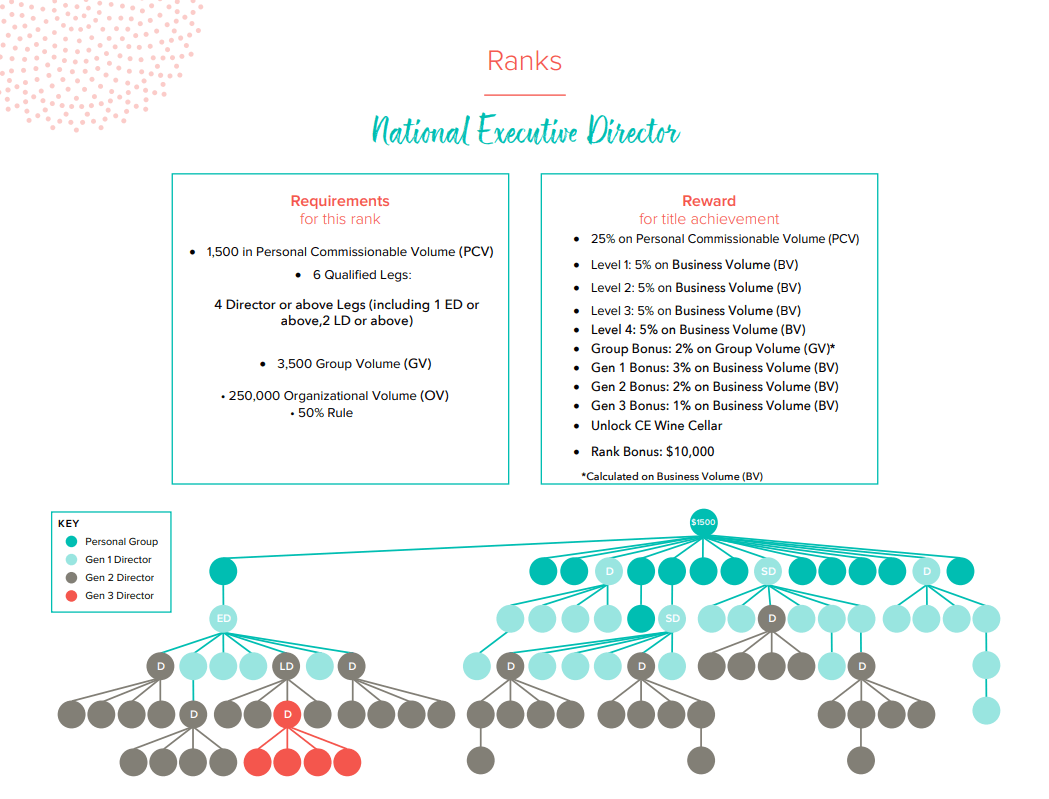 Keep in mind though basically no one makes it to this level and most people won't get past the first two ranks.

There's other smaller bonuses you can earn as well and if you'd like to know about them just read the compensation plan for yourself.

I've reviewed a few wine MLM's in the past and they're all pretty much the same.

They offer various wines (reds, whites, rose, sparkling and more) and the wines are generally decent.

Reading the reviews most people like the wines but don't think they're anything special. I think the biggest appeal is parts of the sale go to a good cause like charity or planting trees.

The one difference here is the wines are much more expensive than the other wines offered by MLM's.

Usually the wine offered by those companies are fairly cheap and cost around $20.

Overall I don't think you should join this company but there's a couple things I like including:

Is OneHope A Scam?

Despite OneHope's downfalls I don't actually think this company is a scam.

This may upset people who despise MLM's but I've seen and reviewed scams and OneHope isn't one.

Now I do think OneHope is a bad business opportunity and that you shouldn't join but that's different.

At the end of the day here there's a compensation plan and products. It's up to you to do what's needed to make money.

It'll be tough to turn a profit but some people do make it work. The problem is it's so few compared to those who lose money.

There's still plenty of ways to make money from home and online.