Is Recharge And Get Paid A Scam? Another African Pyramid Scheme? 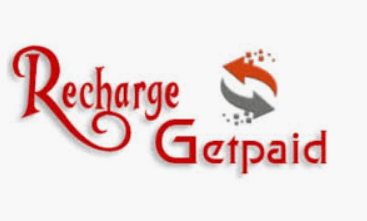 Have you been approached to join Recharge and Get Paid and are wondering if this company is a scam?

You'll know if Recharge and Get Paid is right for you by the time you're done reading.

Recharge And Get Paid Summary

Company: Recharge and Get Paid 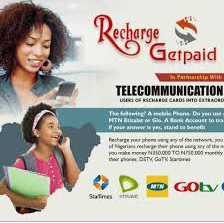 Summary: Recharge and Get Paid is a telecommunications company that's based out of Nigeria.

This company is what is known as a pyramid scheme and this means the only way to make money is through recruitment.

These schemes are scams and not sustainable. In pyramid schemes most people lose their money and you should avoid at all costs.

Better opportunity: If you want to make money online (without recruiting) you should click the button below. That's where you'll learn how I made 6 figures on the internet as a beginner.

Recharge And Get Paid FAQ's

1) What is Recharge And Get Paid? Recharge and Get Paid is a Nigerian company that claims they're "the best way to make money online in Nigeria" but this isn't the case.

In reality this is just a pyramid scheme that forces you to recruit people into the system instead of allowing people to sell products.

3) Are there any red flags? The whole company is a red flag.

4) Are there any similar companies? I've seen more and more scams targeting Africa lately and one of the bigger ones is Crowd1.

Is Recharge And Get Paid A Pyramid Scheme?

A pyramid scheme is when the only way to make money is through recruitment and there's no product to sell.

While Recharge and Get Paid do offer services you're not allowed to sell the services without recruitment.

When everything is tied to recruitment you're in a pyramid scheme.

Pyramid schemes ALWAYS fail and there's usually to fates for them:

Either way most people that join a pyramid scheme will lose their money and only the people at the top of the scheme make any money.

Besides being a pyramid scheme Recharge and Get Paid is also a MLM which stands for Multi-Level marketing.

Even MLM companies that are completely legitimate and aren't pyramid schemes have very low success rates.

In fact, 99% of people that join a MLM end up losing money instead of making money.

The reason for this is the products most MLM's offer are overpriced and recruitment is extremely difficult, which I explained in the last section.

As you can see MLM's are a bad business opportunity and you should avoid them.

Below is a chart that goes over how much it costs to join Recharge and Get Paid and the different packages: 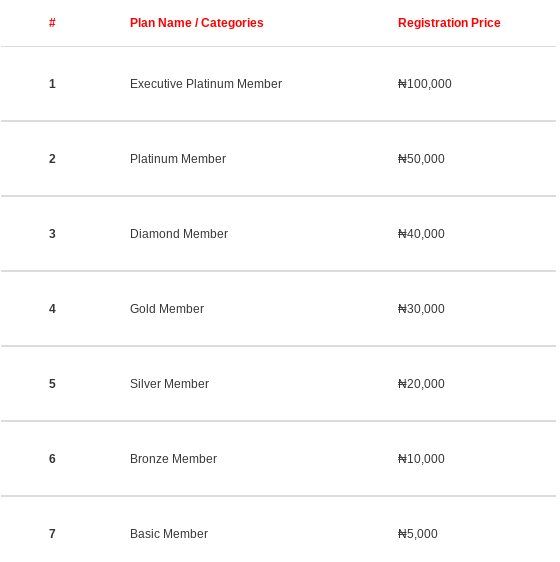 Recharge And Get Paid Compensation Plan

The compensation plan here is paid out in a 3 X 10 matrix which looks like the following:

How much you get paid depends on the level that you bought in for.

Recharge And Get Paid Products

This is a telecommunication company that sells recharge cards but the product here is completely irrelevant because you can't sell the product.

If you could sell the charge cards on your own without recruitment it would be a different story.

The pyramid here is unavoidable and you're really just selling an opportunity to recruit, not products.

There's no reason charge cards should be tied with recruitment.

There's WAY more not to like here than to like and the main things I dislike are:

Is Recharge And Get Paid A Scam?

I review businesses that allow people to make money online and there's many scams out there.

I actually work with a lot of people from Africa and from what I've heard is there's more and more scams popping in Africa.

This is because internet is becoming more available in Africa and scammers are exploiting this.

Just know any opportunity that claims you can make a lot of money in a short period of time/without any work or if recruiting is the only way to make money it's a scam.

Is Recharge And Get Paid A Scam?

Hopefully by now you've decide you're going to pass on Recharge and Get Paid.