Is Riway A Scam? How Much For Deer Placenta??

Are you looking to make a little extra cash and wondering if Riway is a scam or not?

There's a lot to know about this company including background information, who runs it, compensation plan, product overview and more.

You'll know if Riway is right for you by the time you're done. 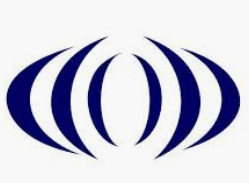 Summary: Riway is one of the weirder MLM's out there and the product offered by them is based around deer placenta. Yep - deer placenta.

Also, it costs hundreds a month to buy this product and it's going to be a really, really hard sell.

This leads to recruiting being the only way to make money which will lead to disastrous results.

1) What is Riway? Riway is a MLM that targets Asian countries including Singapore, Malaysia, Indonesia, Thailand, Myanmar, Philippines, Taiwan and Japan.

The CEO is Lin Boon Hong and this seems like the first time he's headed a MLM before. However, he was an affiliate for another MLM called NuSkin.

2) How do you make money here? Like I mentioned before this company is a MLM which stands for Multi-Level Marketing.

With these types of businesses you sign up to be an affiliate and this allows you to sell Riway's products directly to customers for commissions.

Also, you will get rewarded for recruiting and building a downline.

3) Are there any red flags? The biggest red flag is the price of the products and how recruiting is incentivized. The deer placenta product is much more pricier than similar supplements with the exact same ingredients.

Because of this you'll have a hard time making sales which means recruiting will be the main way you make money.

I'll explain in the next section why this means you're in a pyramid scheme and this is the last kind of business you want to join.

4) Are there any similar MLM's? There's many health MLM's like Tranont, Amare Global and more but none with deer placenta supplements that I could find.

Is Riway A Pyramid Scheme?

I personally think Riway is a pyramid because of the terrible retail opportunity here.

I don't really like calling MLM's pyramid schemes either because a lot of them aren't (although basically all MLM's should be avoided).

To understand why Riway is in my opinion a pyramid scheme look at the picture below:

The picture above happens when the only way to make money is to recruit. Now operating a pyramid scheme is illegal in basically every country but some governments look the other way or are slow to act.

Because of this pyramid schemes can actually last a pretty long time as long as there's new people to recruit.

The problem with pyramid schemes is when there's no other revenue coming in besides recruiting, they're doomed to collapse. When recruiting slows down there won't be enough money to pay anyone.

That's why you see so many MLM's and pyramid schemes last less than two years and some don't make it past a couple of months.

I just feel with the price of Riway's products it will lead to you and others to only recruit which is a terrible way to make money.

The very best MLM's in the world have more people lose money than make money. Also, the people that do make money tend to only make a few hundred a month at best.

The reason for this is MLM products are usually unnecessary or too pricey and recruiting is very difficult.

You'll run into all of these problems at Riway.

The products are WAY overpriced and there's competitor supplements that are a fraction of the price. Add this to the fact you'll have to talk people into buying deer placenta supplements and you're going to have a hard time making sales.

This makes you turn to recruiting which is going to almost be impossible. You'll have to turn to family members and friends and it gets awkward.

Below is some even more MLM stats that are eye opening:

As you can see you won't want to get involved in any MLM's, including Riway.

Riway is pretty pricey and you become an affiliate by buying one of their starter packages.

The following is the name and price of different packs:

The more you pay the more products you get. Also, you get incentives in the compensation plan for buying one of the more expensive packs.

MLM compensation plans are always very difficult to understand and many people would need help deciphering the jargon if they're not familiar with MLM's.

Riway actually doesn't provide their compensation plan on their website which is a red a flag.

I was able to piece together the plan from other places on the internet, though, and if you want to look at a video presentation of the plan yourself watch the video below (beware this is someone pushing Riway, however):

I don't think it's important to know every single detail of the plan and will just summarize the main parts:

The more expensive the pack you buy the higher the commission you get.

Residual commissions is the money you make from your downline. The commission structure here is binary which looks like the following: 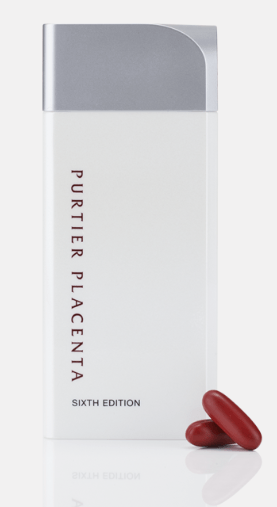 I've talked about Riway products a little so far and just want to expand on it a little more.

Do I think deer placenta has health benefits? Maybe. Maybe not. I definitely lean towards maybe not.

And if you do get minor health benefits I guarantee you can replicate those benefits in a less disgusting way and for much cheaper.

You literally have people who are affiliates for Riway trying to say their deer placenta supplements can cure stage 4 cancer.

That is such a despicable claim to make because people can die if they believe it.

Even if you aren't suffering from anything life threatening do you want to pay several hundreds of dollars for deer placenta?

You're telling me that's what has been missing in your life.

So in my mind best case scenario is you're spending hundreds to get some minor benefits you could get from other sources or you're taking legitimate snake oil that does nothing.

Neither scenario is good.

There's nothing I really like her besides it's been around longer than most MLM's which means it probably won't collarpse overnight.

There's a lot to not like here and the main things I dislike are:

First off you have a product that I'm really skeptical about. Like I said a few times already I guarantee you can replicate the benefits you get from this product (if there are any) with other cheaper products.

You don't need to spend hundreds a month on deer placenta.

Next, you have to look at the compensation plan. The whole thing is geared towards you having to spend the most money possible when you first sign up and to have to recruit to make money.

Most people lose money with MLM's and it doesn't matter which one. So a compensation plan that makes you pay more to get more benefits means they're setting up more people to fail.

Riway is an overall terrible opportunity.

I hope you see Riway for the scam it is by now.

If you're still interested in making money online you should check out Wealthy Affiliate.

Wealthy Affiliate is the single best place to learn how to make money on the internet and from home.

In fact, I was able to quit my job and work full time from home because of the training there.

The best part is you can try it for free and without a credit card to see if you like it!