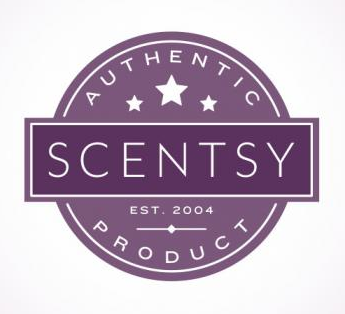 If you're reading this you're probably wondering if Scentsy is a scam or pyramid scheme.

In this post you'll see if this scent based MLM is worth getting into and all the information you need to make a decision - this includes company background, compensation plan, price to join, in depth look at products, pros, cons and more!

By the time you're done reading you'll be a Scentsy expert!

Let's get into it now.

Price to join: $99 to start and $150 worth of products each quarter

Do I recommend: No! 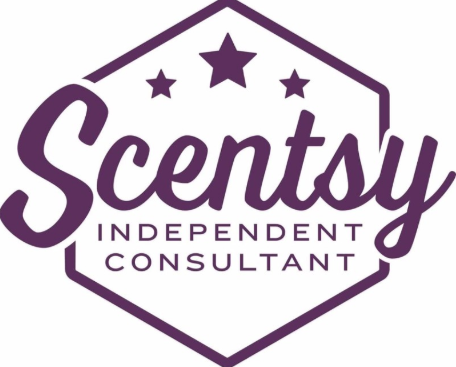 Summary: Scentsy is a MLM company and I definitely DON'T recommend you join them. Their success rate is way to low to justify trying to make money with them and you're more than likely going to lose money.

Better option: If you want to see how I learned to make over $100,000 online as a broke beginner, click below:

I'll give Scentsy this - there's not too many business opportunities that I've come across that involve scents and it's definitely unique in that aspect.

It was founded by husband/wife combo Heidi and Orville Thompson and according to these two Scentsy is just one big family.

On their websites they state "I love yous are common, hugs are expected and our biggest annual event is called a family reunion."

There's a few legal issues with this family, though,  and this is something you see a lot with bigger MLM's. The lawsuits range from Copyright infringement and other problems on the business side of things.

As far as lawsuits go there aren't any that are major red flags.

Is Scentsy A Pyramid Scheme?

I want you to take a look at this picture below:

What does this commission structure look like? A pyramid..

This is what basically all MLM payouts look like and that includes Scentsy. The reason for this is MLM's rely so heavily on recruitment to make money which is textbook pyramid scheme.

You might be thinking "well every company looks like this - the CEO makes all the money and the people at the bottom make peanuts."

While that may be true to a degree it's nothing like a MLM. When you work for a company as an employee there's labor laws and minimum wage laws. At the end of the year your boss may make 100 times what you make but you'll probably make at least $25,000 if you work full time.

I'll get into this more in the next section but full time work for Scentsy will most likely end with you losing money or making as low as $3 a day.

The only reason Scentsy isn't an outright pyramid scheme is because you can make money by selling the products directly to customers without recruiting other people.

Everyone who's successful with a MLM knows the real money is in recruitment, though.

Success Is Rare With Scentsy

Success is rare in MLM's and 99% of people just end up losing money - this is pretty much the same with Scentsy.

If you want to look at the income disclosure statement of Scentsy you can click here.

There's not much information there, though, and it's mainly all represented in this chart:

As you can see the numbers don't really look good for either group.

In Group 1 (people who worked for 12 full months in 2018 with Scentsy) the average annual commissions was $1989 and the medium annual income was $697.

This means on average people only made $165 a month for their work - that comes out to $3 a day.

It all goes back to the commission structure. MLM's are designed so only a select few make the majority of money while the rest work for scraps.

How To Join Scentsy?

Things aren't looking good for Scentsy so far - as you've seen this company is very similar to a pyramid scheme and success is limited (by design).

But if there's one thing to like about Scentsy and even MLM's as a whole, the cost to join usually isn't anything too crazy.

Sure you're most likely going to lose your initial investment but at least it shouldn't be enough to bankrupt you.

The cost to join Scentsy is divided into two:

When you join Scentsy there's a $99 dollar fee. This is mainly just to sort out people trying to get a discount on Scentsy's candles and people that are actually serious about joining.

Every quarter you'll have to purchase products from Scentsy to sell and will cost a couple hundred.

What Is Scenty's Compensation Plan

For some reason these companies use complicated and in a lot cases made up language to describe the different ways to make money.

To me it seems it's done intentionally to confuse people.

Anyway, Scentsy's compensation plan is no different and there's various levels and graphs and terms you have to understand to really know what's going on.

Here's a video that describes everything:

As you can see it's not exactly easy to understand.

There's only a few ways you can make money, though, and they are:

This is when you actually make a sale to another individual. When you buy products from Scentsy you get them at a discount and you sell them at retail price.

You get a commission whenever you recruit people into the the system as well. How much you get depends on various factors.

This is where you'll be making the most of your money and is also what makes Scentsy part pyramid scheme.

If you can build a large team there's a chance you can make serious money. If you look at the income disclosure chart from earlier you'll see one person makes nearly $1,000,000 a year with Scentsy.

They didn't get there by individually selling candles I promise you that. They got there by building a very large team of people selling under them.

What Products Does Scentsy Offer?

Scentsy is definitely unique in terms of what they offer and most MLM's are in the health and wellness field.

Not Scentsy, though. This is a company that's based around candles and different fragrance products.

Let's take a look at their different categories of products now:

This is definitely the most popular of the categories (which you'd expect from a company called Scentsy).

In this section you'll find:

These products are all based around scents that are good on the go.

Most MLM's have a main product and then various other products that make less money - that's what their laundry and cleaning products are.

This section is much like the last section - not really the focus of Scentsy and is more for upsells.

I don't recommend that you join Scentsy but there's still a few things that I like about this company:

1) Been around for a while: MLM's don't usually last and they come and go like the seasons. But Scentsy has been around for 15 years now and that's a good sign. You won't put a ton of work into this company just to see it disappear overnight.

2) Unique products: Most MLM's are in crowded fields like dieting or natural health. While there's some competition with these wax melters, there's not a ton.

3) No major lawsuits: MLM is a business that's a little shady and you'll see some pretty bad lawsuits associated with different MLM's. While Scenty has a few minor lawsuits in their history, there's nothing too bad.

There's definitely more that I don't like about Scentsy which includes:

1) Very low success rate: This is just how Scentsy is designed and the average YEARLY salary is under $2,000. That's really low and makes this company not worth your time.

2) Expensive products: One problem you might run into with Scentsy is the price of their products. In fact their wax and melters cost double what you'd find at Yankee Candle. Same with their laundry and cleaning products.

3) Income relies on recruitment: While you can make money selling the products to customers you'll have to recruit to make serious money. This is difficult to do and you'll most likely be profiting off people not succeeding.

Is Scentsy A Scam?

At the end of the day Scentsy is NOT a scam - it's just a bad business opportunity.

There's a small chance you make money but there's a chance. The odds are against you and the commission structure almost guarantees you'll fail but at the end of the day it's up to you to sell and recruit.

If you can then you can make nearly a million dollars apparently.

The overwhelming majority lose money, though, and most people work the full year for only $200 a month - that's terrible.

Hopefully by now I've talked you out of joining Scentsy - it's just not a good way to make money.