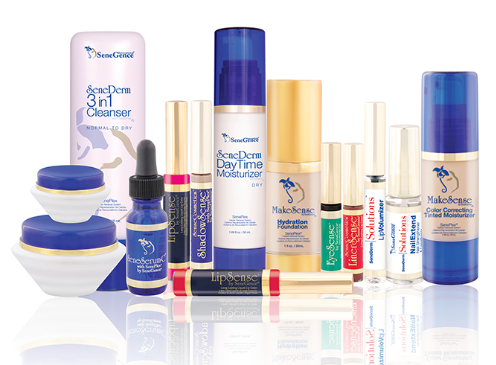 Summary: SeneGence is a company that I definitely DON'T recommend that you join. It's pretty expensive to get started with and the success rate is extremely low (only about 1% of distributors end up making money).

The market is very flooded with these types of products and there's just better ways to make money online/from home.

If you're looking for the very best training and community to teach you how to make money online you'll want to check out Wealthy Affiliate.

Wealthy Affiliate is where I learned how to quit my job and it's completely free to try! Learn more by clicking below:

They sell different makeup and skincare products and their most popular product by far is their Lipsense lipsticks.

There's plenty of concerns over how this company operates, however, with various news sites reporting on sketchy behavior.

Some have made the claim SeneGence is deceptive with their advertising and others have claimed they are an outright pyramid scheme (I'll elaborate on this in the next section).

So while some of their products may be popular, working for SeneGence is unlikely to yield you much, if any, success.

Is Senegence A Pyramid Scheme

Many people think SeneGence is a pyramid scheme which is something other MLM's have been sued for doing.

In a post in The Outline the case is made that SeneGence is very close to being a pyramid scheme, if not an outright pyramid scheme.

I don't know if I would call Senegence the worst type of pyramid scheme where there's zero chance to make money but I do believe there's elements of a pyramid scheme here.

Look at this picture below:

That's exactly how it works in MLM's and SeneGence.

The system is designed so only people at the very top of the pyramid get to benefit and the people at the bottom, who do a lot of work, are not rewarded.

The reason for this is your income depends on your ability to recruit other people into the system, which is pyramid scheme 101.

It's much more profitable to have 20 or 30 people selling under you then trying to sell the merchandise yourself.

This creates a commission structure and income structure that looks just like a pyramid and makes it very hard to be successful with any MLM's including SeneGence.

You're not reading that incorrectly: 1% of people that join MLM's make money and the rest lose money.

That's a STAGGERING statistic and is really all you need to know about MLM's and SeneGence.

The reason for this is what I explained in the last section - this is just how the system is set up.

It really doesn't come down to working hard or anything like that. It just comes down to getting in early and trying to recruit people.

So even if you are one of the lucky people that does make money, you're going to have to recruit people who you know are most likely going to lose their money. You'll basically have to be dishonest for a living and that's soul crushing.

How Much To Join Senegence?

Usually MLM's are relatively inexpensive to get started (only a couple hundred or less) but SeneGence is a little more expensive than usual.

When you join a MLM you usually have to pay an initial sign up fee. This is meant to keep people from joining just to get a discount on the products. The one time fee is $55.

Once you sign up for SeneGence you'll have to purchase a distributor pack with products to sell and this can range from $75 to $1,1950.

Here's the different packs you can get: 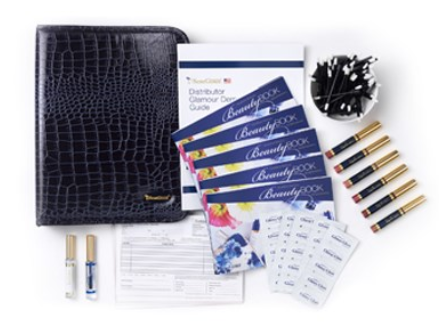 This is SeneGence's cheapest distributor pack and it's more for one on one demo situations. It comes with sample sizes of their more popular products. 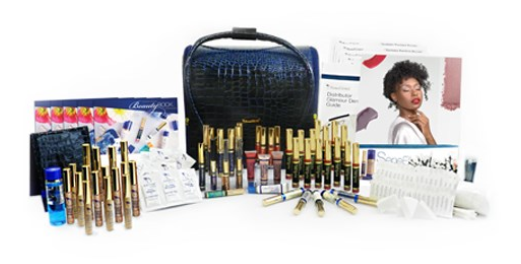 The Glamour Demo Pack is much like the Lipspack but it's made for larger group demonstrations and not one on ones. It comes with everything in the Lipspack plus more.

The rest of the packs are like the Glamour Demo Pack but just bigger.

This is optional and you don't have to buy it. I'm sure you can find other MLM training that's equal in quality for less. $550 is pretty high.

If you do decide to go with the training you'll get lessons on selling and launching. You'll also get a website and weekly training.

So if you pay the distributor fee, get the demo pack and pay for the training you're looking at an investment that's over $1,000.

If you go the cheapest route and just do the Lipspack and avoid the training you'll have to pay just over $100.

MLM's are known for a few things that aren't exactly good. They're similar to pyramid schemes, they have low success rates, the products are expensive and the compensation plans are always difficult to understand.

It's not as simple as you sell this and you get this or you recruit and this is how much you make off your recruits.

There's different levels and complicated terms to describe everything - it can be a nightmare trying to decipher everything.

Here's a good video that goes over the entire compensation plan:

There's really only two things you need to know, however, how this works.

The first way you make money is by physically selling the products. Depending on how much you sell you can earn anywhere from 20% to 50% commissions.

This is pretty good commissions for a MLM but that's now how you're going to make money. Like I said up top you'll be making money by building a downline.

SeneGence uses a unilevel compensation structure when it comes to recruitment and it looks likes this:

You get a certain amount of commissions of the people below you up to 5 levels. Obviously if you're at the top of the pyramid with 5 levels under you, you're making a lot of money.

But notice that most people are going to be on the third level and down. Only people at the top, first or second level really have any chance of making any money.

What Products Does SeneGence Sell? 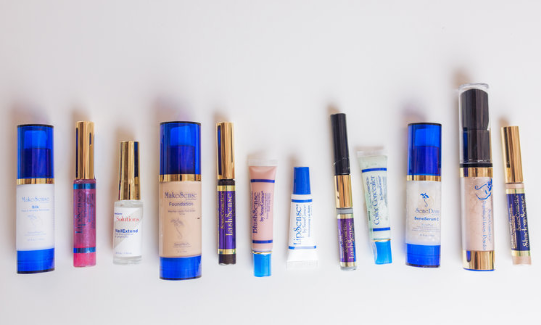 Segence has gotten pretty popular lately and their best selling product is called Lipsense but there's more that just that.

Here's a list of the type of products they sell:

They sell 6 different kinds of skincare products that range from $30 to $60. These products are for acne or are face moisturizers.

They offer 4 different anti-aging products that range from $40 to $85.

In this section you'll find products that target problems with your face. You'll get anti-wrinkle creams and moisturizers here.

This group of products target your eyes and mainly your eyelashes. The eye products cost in the $30 range.

This is by far their biggest seller and where you'll find their popular Lipsense product for $25.

In this section you'll find different soaps, body washes and sunscreens. All products are $20 to $55 here.

There's only 3 hair products and there's shampoo, conditioner and a hair serum. These products cost between $40 to $60.

I'm not an actual doctor so I can't tell you if their face creams and other products actually work as advertised.

If I had to guess I'd say they probably give you superficial benefits and may give you benefits in terms of overall appearance - I just don't know about the actual health benefits.

I do know one thing, though: their products are pretty damn expensive.

Most of the moisturizers and other skin care products are $60+. Women definitely buy products this expensive (I grew up in a household with more women than men so I've seen how much makeup and beauty products they're willing to buy).

You may have a difficult time getting people to switch their favorite, less expensive brand for Senegence's products, though.

I definitely don't recommend that you join SeneGence but there's a few things I like about this company:

1) Products are pretty popular: Or at least the Lipsense product is. It's easier to sell a product that has name recognition than it is to sell something no one has ever heard of before.

3) An established MLM: MLM's come and go and most don't last more than two years. It's definitely a positive sign that this company has been operating for so long.

Even though there's a few things I do like about SeneGence there's definitely more that I don't like:

1) Success rate is very low: This isn't something that just effects SeneGence but all MLM's. Almost all people lose money and a few people at the top make the majority of the income:

2) Claims of being a pyramid scheme: This isn't just something I believe either. There's been articles about SeneGence being close to a pyramid scheme - it makes sense when you look at the commission structure.

3) Products are expensive: This may not be the biggest problem on earth because people are wiling to pay a lot for different beauty products but it's something you'll have to deal with. Price definitely won't be a selling point.

4) Selling to family and friends: Another major flaw with MLM's is you usually have to recruit and sell to your friends and family. This has literally ruined close relationships and people just get annoyed when they're constantly being sold to.

5) High start up costs: If there's a benefit to MLM's it's usually that it's cheaper to start a MLM than a brick and mortar store. While that's still true here SeneGence costs more than most MLM's. You'll most likely need to pay $500 to start and possibly double that.

Is Senegence A Scam?

I definitely wouldn't call Senegence a scam. You pay for a product and then it's up to you to either sell the discounted products you receive or recruit people to sell for you.

So there's a chance you make money.

However, the commission structure is EXTREMELY flawed and it's going to be an uphill battle to be successful.

There's a reason only 1% of people make it with MLM's. The money isn't meant to reach the lower part of the pyramid and it's difficult to get people to sell under you.

Even if you do succeed in recruiting people you'll have to sell them on a lifestyle that's not really obtainable.

I would definitely pass on this business opportunity.

Hopefully by now you've come to the conclusion that SeneGence isn't right for you. It's too difficult to make money and this particular MLM is pretty expensive to get started with.

You get the very best training, tools and community to help you reach your financial goals and it's completely free to try.