Is Shaklee A Scam? Hold Off On Calling It A Pyramid Scheme!

Were you recently approached to join Shaklee and are wondering if it's a scam or pyramid scheme.

This post will reward your curiosity and you'll find out everything you need to know about this company.

By the time you're done reading you'll know if you should join or not.

Price to join: Varies (will most likely cost a few hundred) 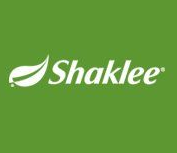 Summary: Shaklee is a pretty typical MLM in the health and wellness market. While there's a few things to like about this opportunity, it's not worth joining.

It has pretty expensive start up costs and it's going to be extremely hard to succeed with them - most people end up losing money instead of making money.

Better Option: If you want to make money online without having to spend a ton of money or having to bother friends and family (like you would with Shaklee), click the button below to learn how I do it:

Shaklee is a MLM company which means they don't spend money on advertising and instead allows individuals to market the products for them.

I'll go into why this is an extremely flawed system later but know that the overwhelming amount of people who join MLM's lose money.

The good thing about Shaklee, however, is they've been around for a really long time - they started in the 1950's.

This is almost unheard of in the MLM industry and most MLM's only last a couple years.

So if you're deadset on joining a MLM Shaklee wouldn't be a terrible choice just because it isn't going to fold overnight.

Is Shaklee A Pyramid Scheme?

Pyramid schemes are illegal and not allowed to operate in basically any country.

So if a company has been around since the 1950's it more than likely isn't a pyramid scheme.

Shaklee isn't a true pyramid scheme and instead has elements of one. Look at the picture below to see what I mean:

This is what part of the commission structure looks like at Shaklee (the part where you're compensated for recruiting).

A ponzi scheme by definition is when your income relies solely on recruitment. At Shaklee, however, you can make money without recruiting and can just sell directly to customers for commissions.

It's going to be hard to make too much just from selling directly to customers and you'll need to recruit if you want to make any real money.

MLM's produce a few winners and a majority of losers.

Is it possible to make a very good salary at Shaklee? Yep. A very small possibility but there's a chance you could make 6 figures and more a year.

There's some other stats that are bad as well, including:

This all just stems from how MLM's are set up. It's designed to only create a couple big winners and a large amount of losers. It doesn't help that Shaklee is in a crowded market like health and wellness either!

How Much To Join Shaklee

Shaklee offers various membership levels and how much you spend determines what level you are.

I really, really don't like this method and it's kind of unfair that you'd have to pay more to make more. This is another aspect that makes Shaklee have elements of a pyramid scheme.

Here's the various membership levels you can obtain and their costs:

This is just for customers to buy products and comes with no costs but no discounts.

You can't sell products for a commission yet, however.

This is the fee you'll have to pay if you want to sell Shaklee products for a commission. There's a hidden fee besides the $49.95, however.

You need 100 PV (Personal Volume) each month to be eligible for commissions. In the beginning, you more than likely won't reach that for months.

This means you'll have to buy 100 PV each month which can lead to you spending hundreds and even thousands.

This is the pay to play part and if you want to earn even higher commissions, you can either pay $299 for the Gold Pack or Gold Plus Pack for $599.

A more legitimate system would give you larger commissions based on performance, not how much you spend when signing up.

MLM compensation plans are always very hard to understand and unless you're familiar with MLM jargon it feels like it's written in a different language.

This is true for Shaklee and if you want to look at the entire compensation plan, click here.

You can watch the video below if you want to see the entire thing as well:

I don't think you need to know every detail of the plan, however, and here's the main aspects that are important:

Like I mentioned in the last section your commissions are dependent on how much you pay and your membership level which I don't like.

Basically the more you pay, the higher the commission rate you get. If you keep in mind that the overwhelming amount of people lose money instead of make money, it seems wrong to have your commission structure work that way.

Also, keep in mind you have to reach a certain amount each month to be eligible for commissions. More than likely you'll have to buy products every month just to be commission eligible.

This is a bonus you get when you reach certain amounts of personal sales. It's summed with the chart below:

Obvioulsy the more you sell, the higher the commissions you get.

The is the part where you make the most money and is based around creating a downline and recruiting.

There's 9 different levels you can reach and the higher the level the more you make off the total sales volume of your downline, known as Group Volume (GV)

Below you'll see how it works:

You can earn up to your 6th level below your downline if you reach the further down ranks.

Most people won't get further than the first, however.

You also get a bonus when you get customers to sign up for autoshipment. This is when customers have products delivered to their house every month.

You also get a $50 bonus when you recruit someone and they buy a success pack.

Shaklee has been around for a while and what they offer has grown over the years. They started with just wellness products but have grown to over 200+ products now.

Here's the different categories of goods they offer:

The products are pretty pricey, however.

Beauty is also popular in the MLM world and Shaklee offers beauty products as well. Some include anti-aging, hydrating and products for your eyes, skin and more.

They also have health products for sports and athletes which include performance packs, products for hydration, recovery and more.

Shaklee also sells products for cleaning that are all natural.

Shaklee seems to get pretty good reviews but their products are pricey and you are in a crowded market - it's going to be hard to gain traction because of this and make money.

I personally don't recommend Shaklee but there's still a few things that I like, including:

At the end of the day there's more not to like here than to like and what I dislike the most is:

Is Shaklee A Scam?

So at the end of the day you probably just want to know if Shaklee is a scam or not.

I personally don't think Shaklee is a scam but I do think it's a bad business opportunity.

The odds of success are low and most people just end up losing money. When you factor in it can cost $1000 to start Shaklee after all the fees, that's not a small amount to lose.

I would definitely skip Shaklee.

Hopefully by now you've decided Shaklee isn't right for you.

There's other options, however, if you want to make money online or at home and the best option is Wealthy Affiliate.

That's where I learned how to make money online and now I make more than I ever did with any other job.

Plus I only work 15 hours a week, right from my couch.