Is Team National A Scam? There’s No Money To Be Made Here 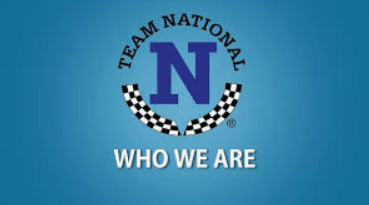 Have you come across Team National and wondering if it's a scam or not?

If so this review is for you!

Below you will find everything you need to know about Team National including price to join, compensation plan, products and more.

By the time you're done reading you'll know if you should join Team National. 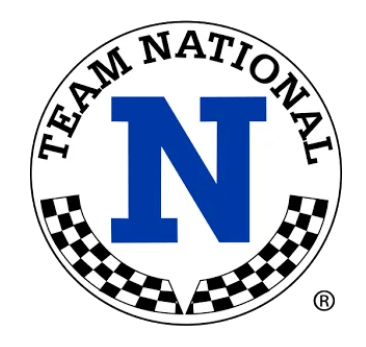 Summary: Team National is a MLM that sells various products that you can use in your everyday life.

There's many reasons I don't like this MLM and the main reasons are its membership is very expensive and the chances for success is very, very, low - most people will end up losing money instead of making money.

Better opportunity: If you're looking for a legitimate way to make money online and from home, click the button below. There you will see the training that taught me how to make over $100,000 online and quit my job!

What Is Team National?

The original founder is Dick Loehr and he passed away in 2008. The company was taken over by his daughter Angela and she is the current CEO.

2) How do you make money with Team National? Team National is a MLM and this means Multi-Level Marketing. With a MLM you make commissions by selling products from the MLM company and you get rewarded for recruiting and building a downline.

This may sound like a good idea in theory but it's an extremely flawed system, which I'll get into more later.

3) What products are offered by this company? The products here span a lot of different products and industries. Most of the stock is physical items and household items. Others included TV plans, insurance, travel, financial services and more.

4) Are there any similar MLM's out there? There's many MLM's that offer products in a wide variety of markets like Tranont, Ariix, Amway, etc.

Is Team National A Pyramid Scheme?

Pyramid schemes are illegal in basically every country.

Some people like to throw around the term pyramid schemes with all MLM's and this isn't necessarily true.

This what part of the commission structure at Team National and all MLM's looks like and it's the part that rewards recruitment.

An illegal pyramid scheme is when there's a disportionate amount of money being made from recruitment or all revenue is generated from recruitment (there's no product or the product is a scam).

You can technically make money from Team National without recruiting at all and just by selling memberships to Team National's product line.

It really honestly doesn't even matter if it's an illegal pyramid scheme because you should join regardless.

The next section I'll explain why.

Success Is Rare With Team National

MLM's are very, very hard to succeed with and this includes ALL MLM's, not just Team National.

This is because the business model is extremely hard. Recruiting is very difficult and most people are very wary of MLM's.

Many MLM's have what's known as an income disclosure form and this shows the amount of people making money and how much.

These disclosures are hilariously bad every time and so is Team National's. Below is a table that shows how much people are making at Team National: 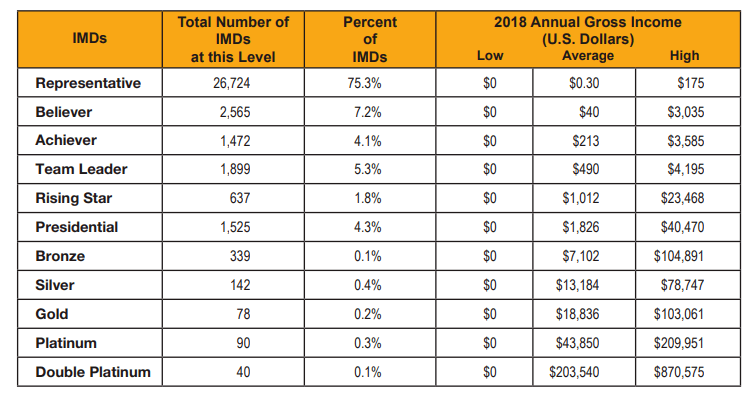 Let's dig into this chart a little bit.

The "IMDs" are different ranks within Team National that you reach for hitting certain goals.

As you can see 75.3% of people never get past the first rank and the average YEARLY income for these people is 30 cents....

The next rank which makes up 7.2% of the total people working at Team National and on average made $40 for the year or a little over 10 cents a day.

It isn't until your all the way down to the second to last rank before you see people making an average American salary. This group makes up 0.3% of all participants (90 out of 30,000+) and on average makes $43,850.

As you can see it's going to be an uphill battle to just make $1 a day at Team National. It's simply just not worth the effort.

How Much To Join Team National?

Team National is one of the more confusing MLM's out there and it's kind of hard to determine how much you have to pay unless you get a meeting with distributors and jump through all of these hoops.

There's many different costs and fees and it's hard to determine which are mandatory and which aren't.

Here's what I was able to find:

To join Team National as a customer to take advantage of their products and discounts there's two different membership levels and they are:

Now I'm not 100% if you're required to have one of these memberships to sell for Team National. If I had to guess I'd say yes but again I'm not entirely sure.

The fees for becoming a distributor for Team National is:

So this can potentially cost you well over $2000 to get started with. Keep in mind 90% of people make less than $1 a day with this company so it may take a decade to get your money back!

If you want to see an entire presentation on the compensation plan, watch the video below:

If you don't feel like watching this hour long presentation I'm going to summarize all the main points below:

Keep in mind memberships are $795 at the minimum.

As you saw in the income disclosure up top there's 12 different affiliate ranks you can reach. You move from one to another by hitting certain goals and you get rewards/bonuses for going up a rank.

Also, from the income disclosure you can see it's very, very hard to move past even the first rank and it's almost impossible to get to the last rank.

The commission's you make are dependant on which membership level you sell and you can earn:

Remember, you don't get your commissions until you make 2 sales.

This is where you get paid on your recruitment efforts and it's paid out in a binary commission structure. It looks like the following:

How it all works is pretty complicated and if you want to know the ins and out of this watch the video up top.

Essentially you earn a percentage of the sales below you.

There's various smaller bonuses you can earn in this compensation plan as well. Again, Team National does a poor job presenting the information and it's kind of hard to clearly tell you exactly how much you can earn from each bonus.

Again, watch the video up top if you want to know every little detail.

This is another section that Team National does a very bad job at explaining. Nowhere on their website do they actually explain which products you get - instead they're just kind of vague about it.

Below is a screenshot from a video on their site and you can see some pretty big companies on there:

Basically you join Team National and the price of the services get negotiated for you. The reason you can get lower prices is because you're using the power of a group (all Team National members) and not an individual.

Companies will be willing to lower their fees if they can get thousands of customers at once.

So becoming a member of Team National may not be a bad idea if you can afford the upfront cost. You can probably save money that way.

I just wouldn't sell for them.

Although I don't recommend that you join Team National, there's still a couple things I like:

At the end of the day there's more here to not like than like and the main things that I dislike are:

Is Team National A Scam?

So after all this you're probably expecting me to call Team National a scam..

Here's the thing - there's a difference between a bad business opportunity and a scam. I believe Team National is the first and not the second.

At the end of the days there's a confusing compensation plan but there is one and it's up to you to figure it out.

But most people don't even come close to that. Most people actually lose money.

So again, bad business opportunity and you should stay far away.

Hopefully by now you've decided Team National is not right for you.

If you are looking for a legitimate way to make money online and from home you should check out Wealthy Affiliate.

Now I make more than I ever have before and only work 15 hours a week.