Have you been trying to get your online business off the ground for the past year but no matter how hard you try you're simply stuck? So you're looking for new ways to revive your flagging business, and that's how you found The Banger Method.

So, what is The Banger Method?

What does it offer?

Is the Banger Method legit or a scam?

Well, lucky for you, we have all the answer to your questions. Read this The Banger Method review to know whether it's a worthwhile investment or not.

Summary: The Banger Method is another training program for affiliate marketers. What sets apart, according to one of its creators, is that it provides a new "twist" to an old strategy. It was co-created by affiliate marketers Brendan Mace, Mark Hess, and Michael Thomas.

The Banger Method has a couple of positive aspects, but there are also some obvious red flags. So what are these red flags? Find out more below.

What Is The Banger Method?

​
As is usual with training programs and other money-making opportunities online, the Banger Method website introduces itself through a video. This video presentation starts with Brendan Mace, the creator of the Banger Method, introducing himself. What makes it different is that Mace himself provides the narration and not some faceless voice actor.

But unlike other similar online ventures, Mr. Mace immediately introduces us to a man named Mark Hess. Mr. Hess, Brendan claims, is making $372 per hour using an online marketing strategy he calls the "Banger Method." Pretty strange name, but it's easier to recall.

What sets Hess apart, according to his friend, is his discovery and use of a certain "twist" in online marketing strategies. Although Mace has been doing this particular tactic in his online marketing campaigns and he has proven that it is successful, it still wasn't enough. He was earning $200 every day using the same tactic, while Hess was earning $172 more. So what was Hess doing that Mace was not doing? The Banger Method.

So what is the Banger Method?

You don't have to know anything about affiliate marketing to make the method work, according to its creators. All you need is an internet connection and your desktop or laptop, and you're good to go.

They also claim that this is an all-new method that is rarely used. The method is pretty simple that anyone can use it. Users don't have to spend hours upon hours making it work. According to its creators, all they need is 30 minutes every day to earn money. They claim that affiliate marketers can earn more than $2,000 per day using the Banger Method.

Lastly, users of the Banger Method claimed that you don't need to wait long before the first dollar shows up in their bank account. The money will start pouring in several hours after you started the Banger Method.

You'll get an idea of how much money you're going to make after several hours of using this method. The creators will also share with you their tricks and tips on how to make money online.

Apart from the basic training program, buyers will also get case studies done by Mark Hess. In the case study, Hess will let users watch him log in to his account, as well as show them how much he earns using the Banger Method. 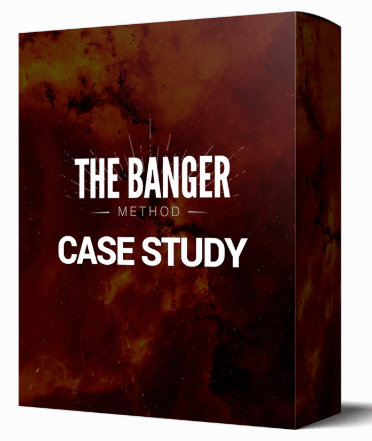 Other things Mr. Hess is going to show his audience is how easy it is to set up everything using the Banger Method. Users can also follow him along as they watch the demonstration.

Brendan Mace is so impressed with Hess's Banger method that he's constantly singing his praises. Judging by the payment proof he shows now and then on the video and listed on the website, maybe the admiration is justifiable.

But back to the video presentation. It was no easy feat to get Mark Hess to tell others his secret to a lucrative business. Mace had to find out something they had in common, and lucky for him, they were both fans of Philadelphia Eagles. He and Hess watched the Eagles game in Philadelphia. They then proceeded to have a few beers before he got Hess to talk about his "secret method."

A+ for a little creativity. At least it's another conventional rags-to-riches sob story. Plus, kudos to the group for not using fake testimonials from actors from Fiverr.

Who Are The People Behind The Banger Method?

Brendan Mace has another website up where he teaches internet marketing, such as how to find the right keywords. You can also read case studies, reviews, and more on his website. He also has a YouTube channel.

Mark Hess is the affiliate marketer who shared his "foolproof" Banger Method to Brendan Mace. He describes himself as an infopreneur, internet income architect, super affiliate, and more. He has a website called Marketing in Underwear where he talks about his products. He also covers affiliate marketing and offers a lot of coupons on his website.

How Much to Join The Banger Method?

​
The original price for the Banger Method was $97. That seemed unreasonably expensive, so it was slashed to $27. It has a risk-free 30-day, money-back guarantee. 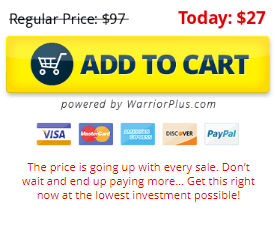 Other Bonuses The Banger Method Offers

​
Apart from the step-by-step video training and the case studies and tools, the creators of the Banger Method also offers three bonuses. These bonuses have a total value of $201.

The first bonus is WP Ever Funnel which is worth $37. This is the Banger Method's exclusive WordPress plugins. This plugin allows users to create links that expire (like a countdown timer). These expiring links are great whenever you want to promote something and reel people in.

The second bonus is the WP Simple Cloak. This is a link cloaker that affiliate marketers can use to mask their links. This is easy to use, according to its developers. Just install the plugin, then copy and paste. The plugin's original value is $67.

Then there's bonus number 3 which is an FTC Disclaimer the users can copy and paste. This is the FTC disclaimer also used by the Banger Method creators.

​
Believe it or not, there is something positive about this particular training program for affiliate marketers. Check them out below.

The Banger Method only costs $27, and I think that's pretty cheap and reasonable. But make sure that you try it out first and see if it's effective before you purchase any upsell. If there's anything common about these training programs, then it's the presence of multiple upsells designed to hook you in and make you spend more money.

If you're not satisfied with your purchase, you can ask the creators of the Banger Method to refund your $27. In my opinion, the 30-day money-back guarantee is pretty generous. But make sure to read the fine print because it's likely that there are conditions before you see that $27 again in your bank account.

Apart from the training, the Banger Method also comes with pretty useful bonuses. These include the WP Ever Funnel, WP Simple Cloak, and Copy and Paste FTC Disclaimer.

The problem is these claims are pretty unrealistic, and there's no way you can verify these claims. They don't even present any proof that they had, indeed, earned these amounts. It's pretty irritating that Mace and company want us to take their claims at face value.

Use of stock photos for testimonials

Do a reverse image search of the photos presented as testimonials on the website. This will show you that the photos of these people were merely taken from stock photo websites. That's not exactly trustworthy.

According to the creators of the Banger Method, you don't need years of experience in affiliate marketing to make it work out. You don't even need special skills at all. You can be a newbie and have as little as an hour to make it work.

But that is misleading. Unless you inherited millions or you're particularly lucky, earning money is never easy.

The website does not have any fine print or terms of service up on its website. That can put you in a pickle especially if you want to request a refund.

Is The Banger Method A Scam?

​
The Banger Method is a training program that teaches prospective affiliate marketers a new way to increase conversion rates. Although its claims are fantastic and simply irresistible, you must take everything its creators say with a grain of salt.

Be skeptical about its creators' claims about not needing any special skills or experience to make it work. Be skeptical with the claim that you don't need to spend hours working on it. Anything that doesn't take a lot of hard work or special skill will not bring you wealth.