Is Trunited a Scam? Legit Cashback Program or Another Scam?

Today, a platform called Trunited is up for a review. We'll talk about what it is about, who created this platform, and how you can earn some extra cash while shopping for your favorite skin care products or gift cards.

We're also going to talk about whether Trunited is a scam or not.

Summary: Trunited is a platform for Socialized Commerce. It is a website where you can buy your favorite products and gift cards, and earn a little cashback every month. It has a referral program which gives you the chance to earn some cash when your team members earn some points.

But is Trunited a scam or is it legit? Read our Trunited review to find out the answer.

Trunited was founded and developed by Dr. Nicolas Porter, a dentist who is based in Phoenix, Arizona. Before the inception of Trunited, he was first known as the founder of Risas Dental and Braces, a chain of dental clinics located in Arizona, Colorado, and Nevada. It was not until 2016 that Trunited first appeared on the market after Dr. Porter's brief stint in direct sales and network marketing. But it was only in early 2019 that its website first appeared.

Trunited's premise is simple. Shop online and purchase a product on the Trunited platform to receive money back. Some of the products you can purchase from Trunited include skincare products, nutritional supplements, and gift cards.

Ciela, Dr. Emil Nutrition, Healthy Vida, and Keto Vida are some of the brands sold via the Trunited website. Major brands, such as Aeropostale, Apple Music, BestBuy, Crate&Barrel, Gap, and more, sell gift cards via Trunited.

Its A+ rating from BBB is still intact. Over the past few years since its inception, it has received only a single complaint. The complaint has since been resolved.

Trunited is based in Scottsdale, Arizona.

What Products Does Trunited Offer?

The products sold via the Trunited website is grouped into four categories. Let's take a look at these categories, and what products are included. 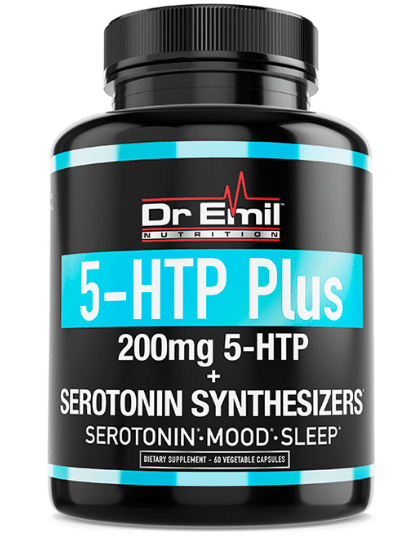 One of the products sold in the Trunited website.

Healthy Vida is the first Trunited product category. The items under this category include skincare products (moisturizer, cleanser, eye cream) and nutritional supplements (vitamins, fish oil, etc.). Some of the top brands you can purchase from Trunited include Dr. Emil Nutrition, Ciela, Healthy Vida, Organifi, Sixtyfour, and Vengo. These products are also included in the Big Rewards and Brand Bucks categories.

Buy a gift card from Trunited to get some profit points. Some of the merchants affiliated with Trunited include AMC Theatres, Amazon.com, BestBuy, Applebee's, and Buffalo Wild Wings. You can also buy eBay, GameStop, Papa John's, and Ray-Ban gift cards via Trunited. Check out the complete list of gift cards here.

Traveling to a new destination soon? Find the perfect room in your destination by booking via Trunited and Priceline Travel. Trunited members can save up to 50% and earn up to 10% in Trunited profit points.

How Do You Make Money with Trunited?

Earn some extra cash simply by shopping with Trunited. When you buy a product via the Trunited website, this will automatically generate points. Being a Trunited "point holder" is similar to being a shareholder. Your points grow as you and other Trunited members shop.

The accumulated points are contributed to the Trunited community. Trunited calls this concept Socialized Commerce. Every month, Trunited members can opt to cash out points they have accumulated. The greater the points, the greater the cashback you will receive.

Another way to earn money with Trunited is by referring your friends and family members to the website. Members can earn every time their friends shop at Trunited. Although Trunited seems to eschew and shies away from MLM, its business model, in every sense of the word, is MLM. Why? Because you need to refer others to the platform and build your downline to increase your points. Below is Trunited's ranks ordered from lowest to highest.

To join Trunited, simply create an account on its website. You need to create a Truwallet account, as well as a unique Trunited website URL. You can provide the name of the affiliate who referred you to the website. But if you found Trunited on your own, then you can tick the "No one referred me" box at the bottom of the screen.

The dashboard gives you a glimpse not only to your downline but also to the number of people who have visited your website. You can book your hotel via Priceline Travel. Plus, you can edit your referral links and manage your advertising banners. The member dashboard also contains resourced where members can learn about the newest Trunited news and more.

How Much to Join Trunited

​
Here are the things that made Trunited a stand out for me.

Plenty of gift cards to choose from

Trunited has a lot of gift cards members can choose from. There's always the best-sellers, which are Amazon.com, Groupon, The Home Depot, Walmart, and more. You can also purchase gift cards from Bed Bath & Beyond, Barnes & Noble, Cabelas, and other retailers here.

Not all gift cards are created equal, and each gift card has a corresponding profit point set by Trunited. For example, a single $25 Domino's gift card is equal to 7% profit points. You only get 2% profit points when you purchase a $50 Best Buy card, while you get as much as 11% when you buy a $50 Gap gift card.

Joining Trunited is 100% free. You don't have to waste money with enrollment fees in case Trunited turns out to be a dud.

Get cashback for every purchase

If you are already a fan of some skincare products or nutritional supplements that are available on the Trunited website, then this will be your favorite website. You can purchase those products via Trunited and earn points to get cashback every month.

But that doesn't mean Trunited doesn't have any shortcomings. Here are some of the things I didn't like with Trunited.

Trunited is a hybrid of an eCommerce website, cashback app (although it doesn't have an app), and MLM. It goes to great lengths to distance itself from multi-level marketing (MLM), but when you zoom in on the details, you'll discover that at its core it's still MLM.
Just check out its Pay Plan 360 — which is its compensation plan — to see why it is one. Apart from earning points and getting cash backs, you can also refer your friends and build a team to earn more.

To be fair, Trunited is still a young company (it was founded only in 2016). Maybe it doesn't have a lot of members yet, so its management doesn't feel like it warrants an income disclosure statement. Maybe you'll indeed get cash backs, but because this is another MLM venture, it's best to expect that you will not earn a lot of money when you refer friends and build a team.

The steep cost of the products seems to be a common theme among companies that use MLM as a business model. Arguably, there are a lot of people who want to buy such products. But you're going to have a hard time convincing your friends to join Trunited if the products are just too expensive.

No, Trunited is not a scam.

It is a perfectly legit platform that combines eCommerce with MLM and rewards you with cash backs every time you purchase something from the website. Trunited membership is free, and it's also easy to enroll. It is based in Scottsdale, Arizona.

Trunited was founded by Dr. Nicolas Porter in 2016 and the website was created only in February 2019, so it's still a young-ish company. No one knows exactly how many members it has right now (though there are many glowing reviews on the website) and how much their members are earning with cashback and referral program.

If you're planning on joining Trunited, keep in mind that this is still MLM (although the company does not explicitly say so). You can be an ordinary member and purchase products sold via the Trunited website. But the platform also offers members the option to join their referral program and refer your friends so you can earn more points. There's no assurance, however, that you will earn a lot of money when you become a Trunited affiliate.