Is United Success Network a Scam? A Social Networking and Crowdfunding Hybrid?

This is the United Success Network review you've been waiting for!

Today a company called United Success Network is up on the hot seat. We're going to find out what this mysterious website offers, as well as how you can make money when you join it.

We're also going to talk about what I don't like about it.

But most importantly, we're going to determine if this just a scam or not.

Summary: United Success Network claims that it is the first-ever social networking website combined with a crowdfunding feature. According to USN, joining is free BUT you need to pay a total of $400 to get in. This will be divided between eight people who joined before you. This "social networking site/crowdfunding platform" is owned by Charles Isaiah Morgan.

The problem is this website and its modus is shady. Learn more about United Success Network below.

What Is United Success Network?

What makes it stand out is its business model. United Success Network aims to be a child of Facebook and the crowdfunding platform GoFundMe. It claims that its focus is on economic improvement, community development, education, and more. 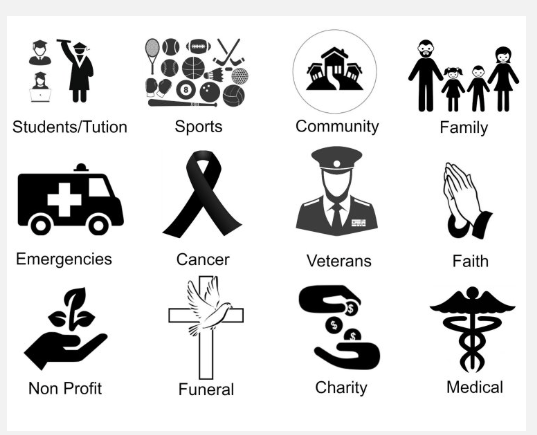 Need some money for your tuition or medical emergencies? United Success Network claims that it can help you. Want to raise funds for chemotherapy or veterans? Then this so-called community has your back. It claims that it can also be your platform to raise funds for your community, family, non-profit organizations, faith-based organizations, and charity.

The Flip 50 strategy includes the four basic steps. The first position is called 'Give.' During this stage, new members are required to give a one-time "voluntary" donation of $50 to every member of USN (from associates to chief directors).

The second step is called 'Share.' USN encourages its members to recruit other people to build their network and get a "donation" of $50. It can be your friends or family or neighbor.

The third position called 'Empower.' This is the part where you encourage your team members to recruit others, so they, too, can build their team.

Step 4 is called 'Receive.' Now that you have become the Chief Director, you will now receive $400 ($50 x 8) from your team members after you have climbed the ranks. This is what USN calls Level 1.

United Success Network also has a 7-Day Challenge. You're going to "challenge" each member to recruit another two members within 2 days. USN requires you to encourage your team members to follow up with their prospects. USN calls this 'empowerment.'

USN claims that this is simple, powerful, and effective. According to the company, it is also ethical. But is it really ethical or is this another scam?

The USN website was created in 2016 (although it claims that it was founded in 2008 based on its logo), and it is owned by Charles Isaiah Morgan.

What Products Does it Offer?

United Success Network doesn't have any products you can sell or promote. This is simply a platform you can join, similar to Facebook, LinkedIn, Instagram, GoFundMe, Twitter, and more.

How Much Does It Cost To Join United Success Network?

Joining United Success Network is free. But keep in mind that you need to pay a "voluntary donation" of $50 each to the people above you in the team.

So, how does one join USN?

The first step is to watch the video on USN's website to understand what it offers. Next is to sign up with USN, and start its 7-Day Challenge. You need to convince 3 to 5 people to download the company's app within the next two days.

Step 4 is to get your team members to replicate all three steps. The last step is to join the webinars listed on USN's website. Webinars are held every Monday and Thursday at 9 PM, EST. Training are held every Saturday at noon, EST.

​
The sad part is there's nothing to like about USN. Why? Check the next section to learn why this is not a good money-making opportunity.

What I Don't Like About The United Success Network

This is a cash gifting scheme

That's right. It might hide behind the mask of social networking and crowdfunding, USN is nothing more than a poorly disguised cash gifting scheme.

For those of you who are not familiar with the term, a cash gifting scheme is a type of scam that involves a participant paying other participants to join the scheme (those who have already advanced in ranks). The company or organization (in this case, a "social networking site") does not offer any actual products or services to sell. All the member needs to do is recruit other members into the site so they, too, can get paid.

Cash gifting in itself is not illegal. No one's going to arrest you when you give your kid, friend, or family member a cash gift. But according to the IRS, cash gifting is illegal when there's a recruitment element to it and when you expect some money in return for your gift (then it's not a gift now, is it?). Walk away when someone tries to recruit you into joining this scheme.

Charles Isaiah Morgan is the man behind United Success Network, but it's not like he's completely upfront about it. You need to delve deeper if you want to know who owns United Success Network. You can find his YouTube channel here. From the looks of this channels, it seems like USN is the strange child of social networking, crowdfunding, and prosperity gospel.

You're only going to waste your time and money here

Cash gifting is an illegal scheme that won't bring in the cash you need. You're only going to waste that $400 you're going to pay as "gifts" to the people who joined before you because looking for new recruits is going to be hard.

There are a lot of gullible people in the world, but there are many who can spot a scam from twenty feet away. They automatically tell that they're interested in joining, so you're only going to waste your time convincing them.

Is The United Success Network A Scam?

​
There are other ways you can make money online, but United Success Network is not one of them. This is nothing but a pyramid scheme disguised as a hybrid of a social networking site and crowdfunding platform. It doesn't have any products or services you can sell or promote.

All you will do (when you decide to become a member of this scheme) is recruit other people and get them to recruit others too in hopes of getting those "donations." This is not crowdfunding. This is a plain and simple pyramid scheme, and nothing good will come out of it.

My advice is to stay away from United Success Network. Nothing good is going to come out of it.