Is Up2Give A Scam? Don’t Fall For This Scheme

Are you thinking about joining Up2Give and wondering if it's a scam or not?

I'm going to go over every aspect of this opportunity including background information, price to join, compensation plan breakdown and more.

By the time you're done reading you'll know if Up2Give is legit or not. 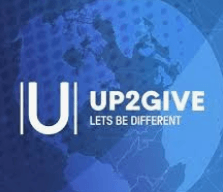 Summary: Up2Give is known as a gifting scam and you basically join by gifting people above you money (in this case Bitcoin).

As a result of this you in return get Bitcoin gifted to you (the bigger the downline and, the more you get gifted to you).

The problem here is there's no real product being promoted which makes this opportunity a pyramid scheme.

Eventually recruitment will slow down and there won't be enough money to pay everyone out. The scheme collapses when this happens and most people will end up losing money.

1) What is Up2Give? Up2Give is a Bitcoin Multi-Level Marketing gifting scheme that that is currently in pre-launch (Up2Give's website was launched in August 2019).

The CEO of this company is named Jerry Lopez and he has previous experience with various MLM's (Lyfestart International and Savi Health).

Another cofounder is apparently Andreas Kartrud. 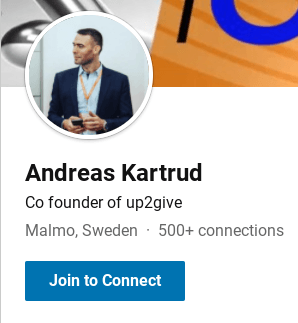 Apparently he likes to recruit people from 3rd world countries.

2) How do you make money here? This is a MLM so you get paid through recruitment. There's no product, though, so there's zero retail opportunity.

You pay to secure your part in the pyramid and then recruit to receive Bitcoin "gifts" from your downline.

3) Are there any red flags? The whole company is a red flag. The biggest flag is there's not product to market and recruitment is the only way to make money. This guarantees a collapse in the near future and most people will lose money.

Is Up2Give A Pyramid Scheme?

The picture below shows what a pyramid scheme (which is illegal in basically all countries) looks like:

A lot of people claim all MLM's are pyramid schemes but this isn't true. The ones with a product to sell and a sound compensation plan are perfectly legitimate.

But there's no product to sell at Up2Give and this is strictly a recruitment scheme which looks like the picture above.

The only thing that matters is your position in the pyramid and your ability to recruit.

The second recruitment slows down there won't be enough money to pay everyone out because there's no other source of revenue.

Eventually Up2Give will collapse and the majority of people will lose money (and the owners run off with your money).

Many studies show that up to 99% of people who join a MLM will lose money instead of make money.

Even the best and most legitimate MLM's have more people lose money than make money.

Up2Give is NOWHERE near legitimate and there's not even an opportunity to sell a  product for commissions.

Everything lies in your ability to recruit which is extremely difficult.

The people who make money from recruitment have hundreds, if not thousands, of people in their downline.

How many people do you really think you can get to join this company? How many friends are interested in acquiring Bitcoin just to gift it away in hopes of getting more Bitcoin later?

Do you want to actively recruit people (including close ones) into a pyramid scheme that's going to collapse?

You need to ask yourself these questions before doing anything.

As you can see you'll not only want to avoid Up2Give but all MLM's.

Being able to join Up2Give and have the ability to recruit will cost you .005 BTC (Bitcoin) per month.

MLM's compensation plans can be pretty confusing at times and can have a lot of different fact/figures/charts to decipher.

I'm going to summarize the plan so you can easily understand.

Like I mentioned in the last section in order to join Up2Give you have to pay .005 Bitcoin.

This money is gifted to the person who recruited you.

In order to move to the next stage of the compensation plan you have to go out and recruit two people under you and get them to pay .005 Bitcoin.

This will give you .01 Bitcoin which gets you into the 2x6 matrix of the compensation plan.

Residual commissions is the money you earn from recruitment and your downline.

Once you recruit two people and get .01 Bitcoin you enter the 2X6 Matrix.

This goes on until there's 64 spots under you (you can earn from 64 people basically).

Here's a chart showing how much you can earn depending on your Bitcoin investment and what level you're on:

So if you're in level 1 you recruit and take the money you earned to get to level 2 (you keep half and invest the other half).

You recruit and the people below you recruit until your can eventually give a full Bitcoin.

By that time you'll have received 64 Bitcoins.

The problem is the scheme will eventually collapse before that can happen and only people that get in early will make any money.

Nothing. There's a chance to make money here if you get in early but it would require you to recruit people into a pyramid scheme, which is very unethical.

I pretty much don't like anything about this company and the main things I dislike are:

I believe Up2Give is a complete scam.

Gifting schemes is a pretty common scam and have been around forever. Some involve money, others involve gift cards and other things of value.

Just know a program has no product to sell and the only way you can make money is through recruitment, is a pyramid scheme.

Can you make money here? If you get in early enough and recruit like crazy.

The problem, though, is you'd be purposely bringing people into a scam. This could get you in legal trouble but even if it doesn't it's still not right to take advantage of naive people.

You can build a real online business that's not a scam for the same effort.

Up2Give is a scam but there's plenty of legitimate ways to make money online and from home.