Is Weenzee A Scam? Crypto Riches Or Crypto Pyramid Scheme? 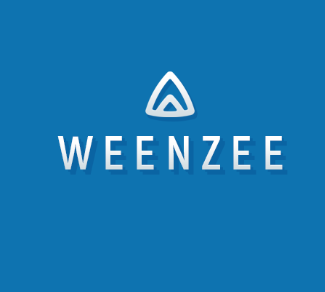 **Update** The Weenzee pyramid scheme has collapsed as predicted in this article. Their website and social media information is now gone and investors have lost their money.

Did you recently stumble across Weenzee and are wondering if it's a scam or legit.

In this post I'll answer all your questions regarding this company and whether it's right for you.

It's pretty important that you read this entire review because there's definitely things you need to know about Weenzee.

Price to join: You have to buy WZN coin to get access 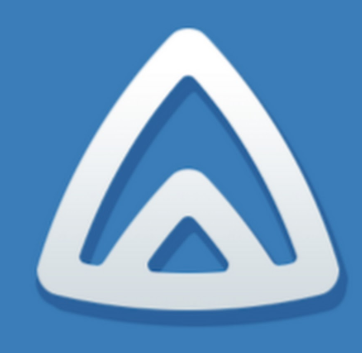 Summary: I review a lot of different programs and most are low quality and overhyped. Weenzee goes even farther, however, and it's safe to say it's an outright scam.

There's many red flags with this business and it's basically just a pyramid scheme. If you invest in WZN coin and Weenzee you will most likely just end up losing your money.

If you are looking for a legitimate way to make money online, you should click the link below.

Weenzee is supposedly a crypto currency trading platform that promises to make you money by trading crypto.

In order to access the platform you have to purchase the crypto coin WZN. There's various plans at Weenzee and the longer you invest the more you're promised to make.

Here are their 5 plans:

There's a HUGE problem with this system and I'll explain why in the next section.

Is Weenzee A Pyramid Scheme?

The main problem here is how the company gets the money to do the payouts.

The payouts come from newly recruited customers - meaning they take the money invested from new customers and give that money to people cashing out.

This is textbook pyramid scheme. The picture below explains how it works:

In pyramid scheme your position in the pyramid is the only thing that matters when it comes to making money.

If you get in early there's a chance you make money - get into too late and you're on the bottom and it's impossible to make any money. There just won't be any to give you.

So Weenzee may be paying customers now but one day that'll stop and many people will lose all of the money invested.

You can expect this to happen pretty soon.

The Owner is Unknown

A common tactic from scam companies is to make a fake corporate page to look more legitimate.

In this case the "owner's" name is Mareks Pavlovskis.

After extensive research I can't find anything on this person and is most likely a fake name.

Another red flag is they use a fake address in the UK. The address is just a virtual office and there's not an actual Weenzee company there.

This is meant to make the company seem on the level.

There's not many people talking in this video but the ones that do have very heavy European accents, most likely from central or eastern Europe. This is a hotspot for these types of ponzi schemes (the governments don't regulate them the same way as more developed countries).

Originally this crypto platform was marketed in Asia and now the majority of the traffic is coming from Brazil, Iran and India.

This is a very sweeping and international scam, that's for sure.

Weenzee's compensation plan is entirely based on recruitment which, again, is a sign that this company is a pyramid scheme.

Up top I talked how there's 5 different plans you can sign up for and the longer you're in the system the bigger the daily payout you get.

There's another way to increase your daily returns as well - building a downline. A downline is the people you personally recruit into the system and the people your recruit's recruit and so on.

The more people that get recruited into your downline the higher the rank you get.

There's 8 different ranks you can achieve in Weenzee and the higher the rank you achieve, the bigger the returns you get.

For instance, the first level (User) only requires you to invest money into WZN coin and you get the basic returns.

You get a daily return of 20% when you do this.

Besides getting your daily returns increased you also get a commission whenever you or your downline recruits someone.

Depending on how many levels your recruit and your rank determines how much you can make.

For instance, if you're a User rank you earn 3% commissions on personally recruited members, 2% on second level members and 1% on third level members.

If you're in one of the higher ranks you get 7% commissions on level 1 members and can get commissions all the way down to the 8th level.

WZN Coin Has No Value

Pyramid schemes are illegal in basically every country and Weenzee isn't registered to offer securities in any of the countries it operates in.

Not in Asia, Iran, India, Brazil, America, UK or anywhere else which means it's operating illegally.

Because it's not publicly traded the value of WZN is determined by the owners and not the market.

So if the people at WZN feel like dropping the price of WZN they can do so without any reason.

This is not good considering you have no clue who actually runs this company or who the brokers are.

Even the most sophisticated ponzi schemes collapse in on themselves after a while. Either the money runs out to pay customers or law enforcement eventually catches on.

There's a chance you can make money with Weenzee in the short term, especially if you get in early.

But this company will shut down and take a lot of money from people. This isn't a sophisticated operation that'll last decades.

This one will likely be gone soon and so will the money of people that didn't withdraw their profits.

This is a typical crypto ponzi scheme and this company preys on the naive. The tentacles of this operation are pretty wide ranging and they're currently fleecing Brazilians, Indians, Asians, Iranians and more.

You might be able to make money for a little with Weenzee but not for long and if you stick around too long you will lose your money.

Eventually the people behind Weenzee will abruptly close their doors and everyone will be left high and dry.

I know it sounds tempting - just put your money into the system and let it earn without you lifting a finger but it's a scam.

You'll just lose your money in the end.

I've been making money online for a while now and I can confidently say there is no such thing as a get rich quick scheme - Weenzee proves this.

If you are interested in making money online, you should check out Wealthy Affiliate.

This is where I learned how to make money online and now I work full time online.

You get everything you need to make 6 figures and more from home and it's completely free to try.