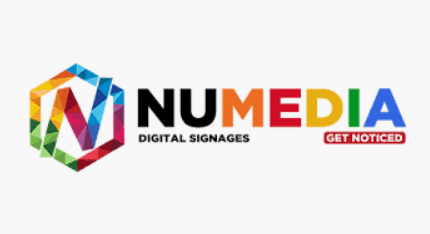 Have you been approached to join NuMedia and are wondering if this streaming service is a scam?

You'll know if NuMedia is right for you by the time you're done reading. 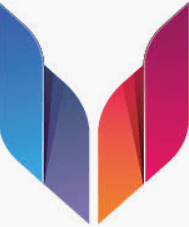 Summary: NuMedia is a Multi-Level Marketing company that's in the streaming network. Apparently for $49.95 a month you can get access to 1500 live HD channels as well as movies and more.

The problem? I'm pretty sure this is all being done illegally and NuMedia doesn't have the right to stream these channels (this opportunity used to be called TVizion and got sued for millions by Dish Network).

Additionally, Multi-Level Marketing companies are extremely hard to succeed with and most people that join one end up losing money.

Better opportunity: If you want to make money online (without breaking any laws) click the button below. There you will see the training that taught me how to make 6 figures a year on the internet.

1) What is NuMedia? NuMedia is a company that allows users to stream pirated content for a monthly fee. It was launched in 2018 after TVizion (what it used to be called) was sued by Dish Network.

The owner of this company is Ferras Jim Pshehalouk.

2) How do you make money here? Again this company is a MLM which stands for Multi-Level Marketing. With these companies you sign up or a fee and earn commissions to sell the companies services (in this instance access to the pirated content).

Also, you get paid for recruiting and building your downline as well. This may sound good on paper but it's very flawed which I'll explain in the next section.

3) Are there any red flags? This whole company is a big red flag. First you have TVizion being sued by Dish Network and ending up having to pay nearly $6 million in damages.

Initially Pshehalouk just ignored the suit and shut down TVizion (he told affiliates for the company TVizion had been bought for hundreds of millions by NuMedia).

NuMedia is essentially the same company and is registered in the super sketchy island of Nevis.

Basically Nevis is a country where criminals hide their money. The only reason you'd base a company out of there is if you didn't want any scrutiny from a government.

4) Are there any similar companies? There's other stremaing service MLM's out there and one I recently reviewed is Legends VIP.

Is NuMedia A Pyrmaid Scheme?

Some MLM's aren't pyramid schemes and are perfectly legitimate but that's not the case here.

NuMedia is the the last one because you can't sell the streaming service separate from recruiting - once you pay the $49.99 monthly fee you're eligible to recruit.

So even if you're not interested in the streaming service for yourself and just want to sell the service you can't - you have to buy in.

When too much of a company's revenue comes from affiliates you're in a pyramid scheme.

This may sound confusing but just know pyramid schemes are basically impossible to succeed with and they always collapse.

With the threat of more lawsuits coming I'd say there's a 100% chance NuMedia eventually collapses and everyone loses the ability to stream content (as well as lose their money).

The most legitimate MLM's in the world have more people fail than succeed (99% of people that join a MLM lose money instead of make money). In fact, the people that do make money with high quality MLM's tend to only make a couple hundred for the year.

NuMedia isn't even a legitimate or high end MLM which means the odds for success are going to be even worse.

Just think about who you're going to be selling to: Friends? Family?

Maybe you can convince a couple of people to sign up but how many sales do you think you're going to get?

There's a lot of effort in cancelling your cable. You have to call and break contracts and all other kinds of stuff.

You also have to convince people that the service is legal (it's not) and they won't get in trouble for streaming it (probably won't but a lot of people aren't going to want to take the risk).

Below are some even more eye opening MLM stats:

Numedia cost $49.99 per month to join. This gives you access to the streaming service and allows you to sell their services.

If you want access to the entire compensation plan you'll have to buy one of their Star Packages.

Here's the various packages and their cost:

NuMedia's compensation plan is very, very complicated and has many different graphs and sections to sift through.

I'm just going to summarize the main parts if you need help understanding.

The first way to make money is through retail sales and you have the opportunity to earn retail sales when you sign up for the streaming service.

You also get paid for recruiting people into the scheme when they sign up for one of the Star Packages.

Residual commissions are the money you earn from your downline and the recruitment structure here is unilevel. It looks like the following:

How much you make and to what level you earn from depends on your rank and how much the people below you sell.

I'm not going to lie - if you can actually get the channels this company promises you for $49 a month this is a steal (literally).

Most cable subscriptions cost in the range of $49 per month and comes with a contract. Plus you have to wait for the cable guy to come over and install everything.

With NuMedia you get HBO, sports channels and other premium channels. With Comcast or any other cable service this would cost you much more than $49.

The reason for this is Comcast has rights to stream these channels and it costs them money.

Would you get in trouble for signing up with them and streaming shows on their website? I don't think so and legal experts agree streaming unlicensed content is legal.

So even when (not if) NuMedia gets shut down you should be fine legally.

The problem is your source of income can disappear overnight. Imagine being one of the lucky few to make thousands a month here and having it all disappear in a blink of any eye.

This is 100% going to happen because NuMedia can't last forever. Eventually they'll be sued again and shut down.

If they actually deliver on streaming the channels the stream might be worth thinking about getting (depending on how you feel about what they're doing).

BUT building an entire income stream around this opportunity would be very risky because it's going to be shut down eventually.

These kind of companies never give warning.

Hopefully by now you've decide you're going to pass on NuMedia.