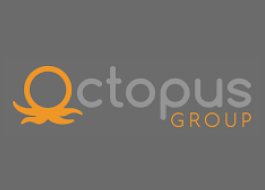 Octopus Group is a survey site that's available to join if you're from Australia and New Zealand..

If you're thinking about joining you're probably wondering if it's a scam or not.

Below you'll find everything you need to know about Octopus Group including background information, how you make money and more.

By the time you're done reading you'll know if this site is right for you.

Do I recommend? Sure

Summary: Octopus Group is a pretty good survey site where you can earn decent money for completing surveys - they pay better than most survey sites and it's worth joining just because of that.

The only problem is you can only join if you're a resident of Australia and New Zealand and they have a high threshold to withdraw your money ($20).

You won't make a ton but if you're an Australian or from New Zealand it's worth signing up for.

Better opportunity: Octopus Group won't help you quit your job to work from home. If you click below you'll see where you can learn how to, though, and where I learned how to make 6 figures on the internet as a broke beginner:

1) What is Octopus Group? Octopus Group is a site where you get paid for giving your opinion and filling out surveys.

3) Where are the members from? Octopus Group members are from Australia and New Zealand exclusively.

4) Why does Octopus Group pay more? According to Octopus they just spread the money more generously than corporate owned survey sites.

5) How do you get your money out? Unfortunately you can't use Paypal here and you get paid with direct deposit. You can also select gift cards as a form of payout.

When you do get a gift card, you actually are getting more than what you earned.

There's two ways to make money here and they are:

Surveys are the main way you make money with Octopus Group and you actually get paid pretty well for the surveys.

For instance, you can earn up to $8 for a 30 minute survey which is WAY higher than other survey sites.

In fact, most survey sites that I look at offer pennies for 20 to 30 minute surveys.

You're not going to fit the criteria for all surveys, though.

Before each survey you have to fill out a questionnaire to see if you're the right demographic.

If you're not the right demographic you still get small compensation (like $0.20) which is cool.

There's not many other sites that would do this.

The referral program at Octopus Group certainly has its positives and negatives.

The main positive is you get $1 for every person that you get to sign up through your referral link.

This is a good commission considering there's not much work involved on your part.

The negative is you can only earn up to $20 on your referrals and you stop earning from them when you've earned that much.

Other referral programs allow you to make money off your referrals for as long as they're active.

That's a much better formula.

Each survey is only looking for a certain amount of people - it's basically first come first serve.

In order to make the most money you'll want to download the app for this survey site.

The app will give you notifications when there's new surveys to do and having the app allows you to get to the survey first.

If you rely on email or just check your account to see if there's new surveys you'll most likely miss out on a lot of surveys.

Survey sites are usually a letdown and not worth your time. You sign up and you get paid pennies for your efforts.

Octopus Group is different, though.

Many survey sites are stuck in the stone ages and don't have apps. Some don't even have one that's optimized for a mobile browser!

It's 2020 - most people browse the internet on the phone.

Octopus Group recognizes this and has a well made app you can use to do surveys.

This gives you more opportunity to earn money and will make life a lot easier.

Only for Australians and New Zealand residents

Obviously if you're from either of these countries this isn't a big deal but it is for everyone else!

One thing I don't like is that you need $20 to withdrawal your money from Octopus Group.

They surveys here pay more but still $20 will take some work to get to and I'm guessing some people just give up before reaching that level.

Is Octopus Group A Scam Or Legit?

Most of the time I wouldn't suggest wasting your time with a survey site. The payouts are usually low and some are outright scams that never pay.

Octopus Group is different, though.

They have surveys that you can make pretty decent money from. It's not enough to change your life but it'll give you some extra spending money.

The main downside is it's only available for Australians and New Zealand residents.

That's good for them and bad for everyone else.

So if you're in one of those two countries this site is worth downloading the app for!

You can earn some extra cash with Octopus Group but nothing significant.

If you want to make enough money to be able to quit your job, check out Wealthy Affiliate.

Wealthy Affiliate is where I learned how to make money on the internet and since joining I've been able to quit my job to work full time.

I now make 6 figures from my couch and started as a complete beginner.