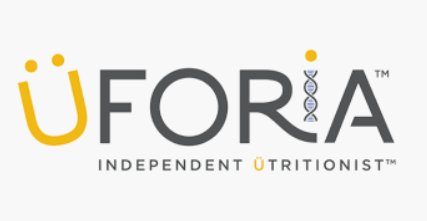 Have you been approached to join Uforia and are wondering if this nutrition company is a scam?

You'll know if Uforia is right for you by the time you're done reading.

Do I recommend? Not really! 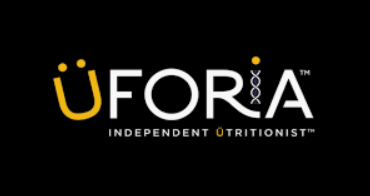 Summary: Uforia is a MLM that operates in the supplement space and is actually a pretty unique company. Usually with a health MLM you get a generic health product that you have to try and sell.

But with this company you take a DNA test and get a nutritional supplement made for you based off your results which seems like an interesting idea.

MLM's are notoriously difficult to succeed with, though, and the vast majority of people that join one end up losing money.

This is definitely something you need to keep in mind as well as the fact you have to order products every month from Uforia - this can cost thousands over time.

Better opportunity: If you're looking for the best way to make money online and from home, click the button below. There you will see the training that taught me how to make 6 figures online.

1) What is Uforia? Uforia is a Multi-Level Marketing company that operates in the supplement market. This company is relatively new and launched in late 2018.

It seems this company is a reboot of another MLM called Foru International that was bought out by Terry Lacore of Lacore Enterprises.

2) How do you make money here? Like I mentioned this company is a MLM which means you sign up to be an affiliate so you can sell their products for a commission.

Additionally, you get money for recruiting people and building your downline. This may sound like a good way to make money but it's pretty flawed which I'll explain later.

3) Are there any red flags? There's no lawsuits as of yet but the owner and CEO met in a pretty weird way. Terry Lacore sued a MLM called ForeverGreen which was run by Ron Williams.

Lacore won the lawsuit but apparently liked Williams so much he hired him to run Uforia! Many people believed ForeverGreen was a pyramid scheme which is kind of a red flag that the CEO previously ran a pyramid scheme.

Also, there's autoshipment costs here which requires affiliates to buy products every month to be eligible for commissions. This is definitely a red flag.

4) Is there other companies like this one? This is the first MLM I've come across that's combined DNA testing and nutrition supplements. However, there's many health and supplement MLM's out there like Pruvit, Amare and literally hundreds more.

Is Uforia A Pyramid Scheme?

Uforia definitely has elements of a pyramid scheme because there's a large focus on recruiting and there's autoshipment requirements for affiliates.

But is it an outright pyramid scheme?

That's hard to say but I'd lean more towards no. The reason I say this is pyramid schemes are illegal in every country.

Take a look at the picture below to understand what a pyramid scheme is:

An illegal pyramid scheme would look entirely like the picture above. This happens when recruiting is the only way to make money and there's no real product to sell or affiliates are making up the majority of retail sales.

This is illegal because recruiting eventually slows down and because there's no other source of revenue like retail sales, the pyramid crashes down.

This happens 100% of the time (or regulatory agencies catch on and shut the scheme down).

Uforia does have recruiting but they also have a retail option and you can sell their products without recruiting.

You are forced, however, to buy products from Uforia monthly if you're an affiliate. This is only a problem if the majority of Uforia's revenue is coming from affiliates.

You'd have to ask the person recruiting how much of their revenue is coming from affiliates buying products, recruitment and retail sales to customers.

If retail sales aren't half or more of revenue you're more likely in a pyramid scheme.

The thing is, though, even if you get involved with a good MLM (strong focus on retail sales and high commissions) your odds of success are still very low.

I reviewed what I consider a good MLM called Thirty One Gifts and this company has an income disclosure on their site.

This disclosure shows what percentage of people are making money and how much. 97% of the people in this MLM make less than $4,000 a year and over 80% made less than $1000 a year.

And this is a top tier MLM.

The truth is across all MLM's the success rate is about 1% (success being making more than you lose).

So if 100 people join a typical MLM 99 will lose money and 1 will make more than a dollar.

MLM's are tough to succeed with because the products tend to be overpriced and recruiting is very, very difficult.

These are two issues you'll face with Uforia.

Below is some more eye opening MLM stats:

As you can see you'll basically want to avoid all MLM's.

There's two costs to consider when joining Uforia and they are:

But the bigger of the costs is the autoshipment. This cost at a minimum is $159 per month.

This is the price of the personalized supplements so you basically have to be a paying customer to sell Uforia products.

I mentioned in the pyramid scheme section that if too much of a company's revenue comes from affiliates buying products you're in a pyramid scheme.

At the very least you're going to operate at a loss until you recruit enough people and sell to enough people to offset this monthly cost.

MLM compensation plans are very difficult to understand for people new to the industry and this is true for Uforia.

If you want to read their entire plan for yourself, click here.

I don't think it's important to know every single detail of this plan and instead will just summarize the main parts.

Before you can earn commissions from Uforia you need to order 100 PV (Personal Volume) of Uforia's products per month.

This comes out to a minimum of $159 (the price of the supplements per month).

At Uforia there's ten affiliate ranks and you go from one rank to another by hitting certain goals (usually sales and recruiting goals).

You get various bonuses for going from one rank to another as well.

A beginner is when you sign up for Uforia and you reach the second rank when you recruit an affiliate under you.

To reach the third rank you have to recruit two people and maintain 100 RV a month.

This goes on and on until you reach the last rank which would require you to maintain 300 RV a month, recruit and maintain at least 6 affiliates (there has to be a Creator rank in each of the three recruitment legs) and generate and maintain 50,000 GV (Group Volume sales) a month.

It might be confusing but keep in mind most people won't get past the first two ranks.

Retail sales are the sales you make to customers without recruitment. The retail commission rate isn't in the compensation plan so I'm not sure the percentage you get on each sale.

Residual commission is what you earn from the sales of your downline. The commissions structure here is unilevel and looks like the following:

How much you make depends on your affiliate rank and how much your downline sells.

For example, rank one affiliates don't earn residual commissions and rank two affiliates earn 5% of levels one and two.

There's smaller bonuses you can earn as well like the Generation Bonus and Rainmaker Bonus.

If you want to read more about these bonuses you can read the full compensation plan up top. 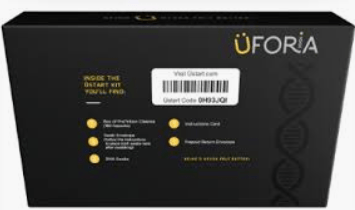 Before I get into Uforia's products I just want to make it clear I'm not a scientist and I'm not an actual doctor (I'm an affiliate marketer and I'm an expert in home and online businesses).

Because of this I can't really tell you if these supplement work or if supplements made for you DNA work.

From what I know and believe it's your environment that mostly determines your health. So I'd personally select my health products based on my environment and lifestyle and not my DNA.

The Uforia product line consists of:

Basically you send a swab of DNA and before your get your supplements you take a 30 day "precleanse" supplement called PRETrition.

After that you recieve your DNA supplements per month for $159 every month.

In terms of a product it at least seems interesting even though it's very expensive (although after searching around there's DNA supplement companies that sell plans that are more expensive).

So from a retail standpoint you may find some customers  - especially if you can prove this is the best way to get your supplements.

I wouldn't recommend that you join this company but there's a couple things I like including:

At the end of the day there's more here not to like and the main things I dislike are:

Is Uforia A Scam?

I don't really know if this is an outright scam but it's certainly a bad business opportunity.

Do DNA supplements work? No clue.

But I do know there's little chance to make money here because of the cost autoshipment and the low success rates across MLM's in general.

To stay eligible for commissions you'll have to pay $2000 per year. Most people lose money with MLM's and those that do make money tend to make less than $2000 a year.

What's the point of working your ass off to break even or make a couple hundred a month?

I promise your time is worth more than that.

Hopefully by now you've decide you're going to pass on Uforia Science.