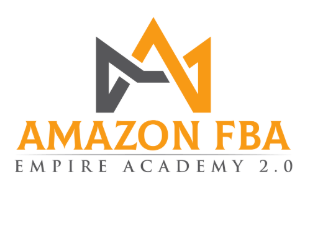 I've been getting a lot of ads about Amazon FBA Empire Academy 2.0 and decided it was time to review this course.

Below you'll find everything you need to know about this course from JT Franco like background information, course overview, price to join and more.

You'll know if Amazon FBA is right for you by the time you're done.

Do I recommend? It depends (read summary) 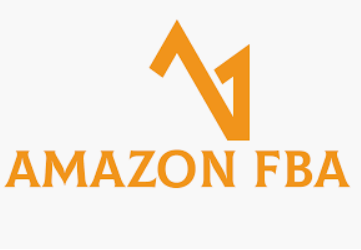 Summary: Amazon FBA Empire Academy is a pretty good overall course that teaches you how to do Amazon FBA.

The course creator is also pretty popular and definitely a competent teacher.

The only problem here is the price of course and the price of starting an Amazon FBA business (you'll probably need $5000 minimum and aren't guaranteed to make any money).

There's cheaper and easier ways to make money online. But if you're dead set on doing Amazon FBA you should consider Amazon FBA Empire Academy.

Before we get into the details of Empire Academy 2.0 I just want to say a few words about Amazon FBA.

People are definitely making money with this method but it's not easy and it certainly isn't the easiest way to make money online.

One of the top Amazon FBA guys once said running a FBA business takes about the same amount of work as running a restaurant.

Ask any restaurant owner or manager and they'll tell you it's a very stressful job.

When doing Amazon FBA you'll have to deal with:

I make money with affiliate marketing and it's a million times easier.

With affiliate marketing you can start for free, you don't buy stock, no dealing with customer service, returns or taking payments.

So if you're just looking for a way to earn extra money or money in general from home/online, consider affiliate marketing before jumping into Amazon FBA.

Who Is JT Franco?

JT Franco is a young Youtuber that started his channel back in 2017. Since then he's gotten around 60k subscribers and over 2 million views.

He seems to be pretty active in posting videos and does anywhere from 5 to 10 videos a month.

His channel is pretty typical of other people on Youtube that teach you how to make money online.

There's some clickbait and thumbnails that are meant to draw you in and there's some videos that are definitely just fluff.

But there's definitely some good information in some of his videos and you could probably get started with Amazon FBA just from his videos (and others videos) for free on Youtube.

Overall this course is pretty good and has over 30 hours of content.

I've reviewed a lot of Amazon FBA courses and this one shares the same information that all the best do.

And more. You will definitely be competent at Amazon FBA if you take this course.

Additionally, you get the following bonuses:

JT Franco says you'll get his own personal email address to get help. I'm not sure if he has a team respond, though, which I think is more likely.

I've done programs where you get "1 on 1" help and it's never as good as you think.

These are templates that help you run your business easier. This includes scripts to send to suppliers and scripts to get reviews.

Like the 1 on 1 training, this isn't as good as it sounds. I find you never really get good answers in these kinds of things.

This is probably the best bonus and it connects you with people that are already successful with Amazon FBA. This will save you a lot of time and make things easier.

Whenever there's an upgrade to the course you'll get them for free.

There's no need to pay thousands of dollars for a dropshipping course - there's plenty that are much cheaper and as good. Click the button below to see the very best:

For some reason Amazon FBA courses are expensive and a lot of them cost several thousands of dollars.

It's probably because it's more of an advanced way to make money so there's not a lot of experts on the topic.

Overall $1000 is a lot when compared to all courses on making money online but just comparing it to other Amazon FBA courses it seems fair.

Overall the course content goes over everything you need to know.

I wouldn't say there's anything new or exciting here but you don't necessarily need that if you're just starting out.

You'll get the basics here which is important.

Some of the bonuses sound better on paper than they actually are like the 1 on 1 training.

But the mastermind group and getting free access to all future updates is a nice touch and will help you going forward.

What I Don't Like About Amazon FBA Empire Academy

Here's what I don't like about Amazon FBA Empire Academy:

This is a money making method that's going to take up A LOT of your time and in fact may make your life more stressful.

You'll have to do deal with stock, advertising and more. Plus you'll need thousands to get started.

Of all the ways to make money online Amazon FBA is definitely one of the hardest ways.

If making money from home is your only goal you should consider other methods besides FBA like affiliate marketing.

Overall I like JT Franco and think this course is better than average.

You get all the basic information you need to start with Amazon FBA and you get support if you get stuck.

If you are committed 100% to doing Amazon FBA than I think this course is probably worth the investment.

Margins are slim and you have to pay Amazon for shipping and storage.

This is one of the more complex and complicated ways to make money online and you'll need capital in the beginning.

There is money to be made, though, if you're successful.

The Amazon FBA Empire is good but there's still better courses out there.