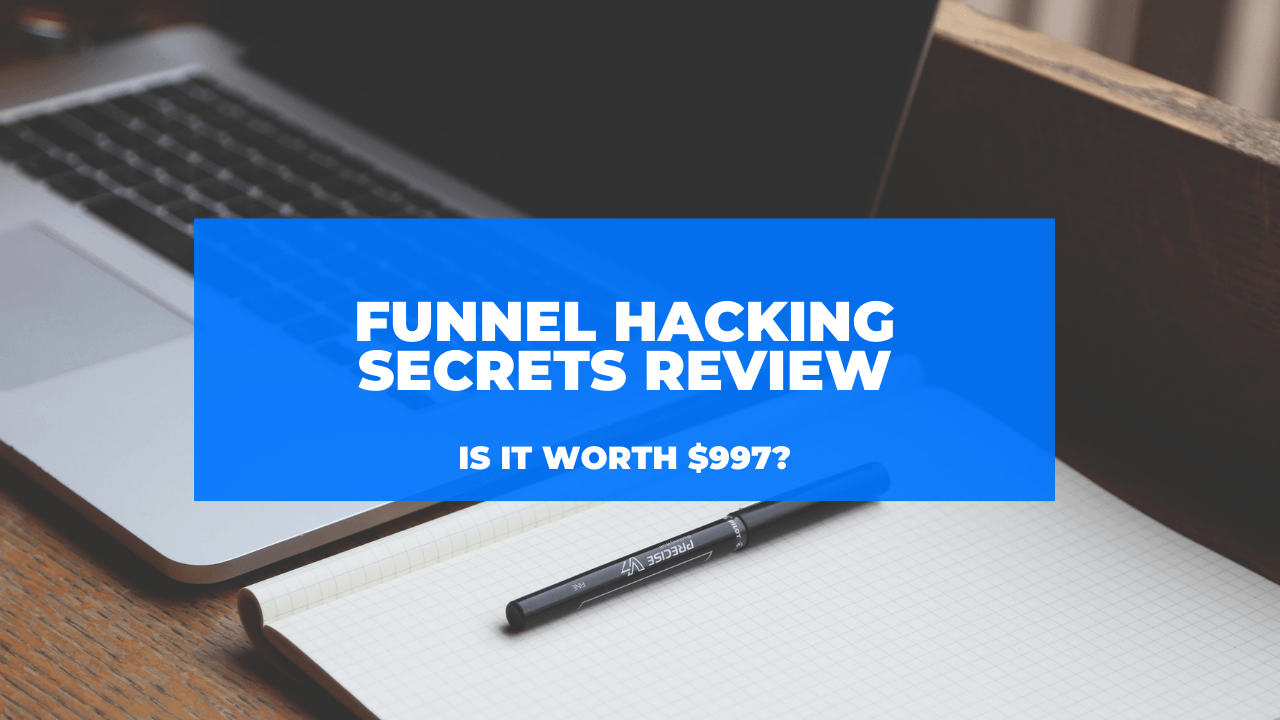 Funnel Hacking Secrets is the newest offer from Clickfunnels and Russell Brunson..

Below you'll find everything you need to know about this offer including background information, price to join, overview of what you're getting and more.

You'll know if Funnel Hacking Secrets is worth your time by the time you're done reading.

Do I recommend? Not Really. 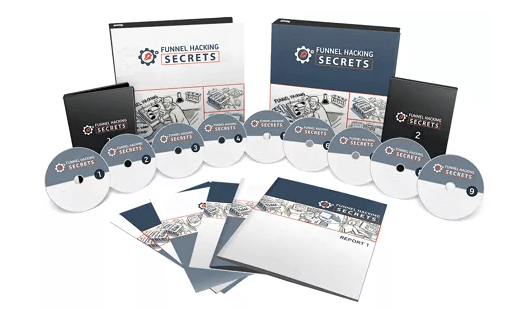 Funnel Hacking Secrets isn't a terrible offer and it can definitely be handy to some marketers.. mainly those who are already making money.

The price is $997 which is pricey and you'll run into monthly costs down the road.

The Clickfunnels Platinum plan you get for free for 6 months will cost $297 PER MONTH after.

That's a pretty hefty fee for anyone not making money online already.

Because of that I would look elsewhere.

I'm Not An Affiliate For This Offer

There's a few different reviews for Funnel Hacking Secrets already out there and they're mostly very positive.

They also all have an affiliate link to the offer that they make money from.

Clickfunnels has a HUGE affiliate program and it's hard to get legit reviews about any of their products because of this.

However, I'm not a Clickfunnels affiliate.

I personally think they're overpriced and overrated.. because of this I've never promoted them before.

There will be no links to Funnel Hacking Secrets in this review and this review will be completely unbiased.

Unless you're brand new to making money online and internet marketing, you've probably heard of Clickfunnels.

And if this is your first day in this world here's a quick explainer of exactly what Clickfunnels is..

It's basically a page and funnel builder.

For instance, if you had a product you wanted to sell you would use Clickfunnels to promote the product and collect emails.

Here's an example of what you get:

Clickfunnels has grown into this HUGE internet marketing phenomenon.

There's a lot of reasons for this.

The service is pretty good and you can make awesome looking sales pages.

But the biggest reason for Clickfunnel's success (I believe) is their affiliate program.

Internet marketers can also share their funnels with their customers too.

Overall, though, I think Clickfunnels is a little overrated. There's plenty of awesome page builders out there that are much less expensive.

Overview Of What You Get 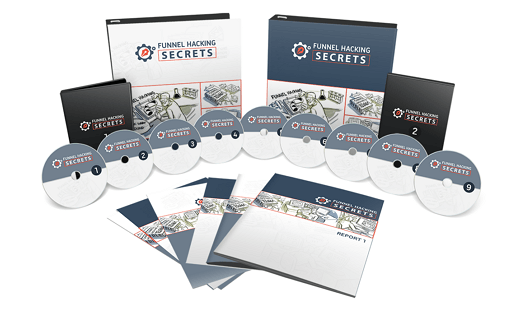 Funnel Hacking Secrets starts with a free webinar (like many sales funnels do).

After you watch the webinar you'll be made an offer which includes the following:

This is probably the best part of the entire offer.. the entire Funnel Hacking Secrets offer costs $997 and Clickfunnels Platinum would usually cost $297 per month.

So 6 months of Clickfunnels Platinum would cost you $1782 (you're saving nearly $800 buying Funnel Hacking Secrets).

If you were planning on signing up for the Platinum plan this would be a no brainer obviously.

The Platinum plan is the second most expensive plan at Clickfunnels and you get the following with it:

This course is supposedly worth $1997 but you're getting it for free if you get the whole package.

I personally don't think it would have a $1997 pricetag and I certainly wouldn't pay that much.

With this course you get the following:

This course is based off Brunson's popular book Traffic Secrets.. this however is a little more in depth and updated.

Traffic is the lifeblood of your business and without knowing how to properly leverage traffic you'll never make serious money.

In this course you'll learn about various traffic sources and how to use funnels to convert this traffic.

At a hackathon you'll be able to build your funnel alongside Clickfunnels' team members.

Some of these funnels include:

These are definitely helpful for anyone that's a beginner and not sure how to properly use Clickfunnels.

I've reviewed all the best courses that teach making money online.. to see the very best, click below:

It really depends how you look at it.

If you're someone that wants to try Clickfunnels Platinum and plan to use this product for a while then it is.

You're basically saving $800 by getting this offer because Clickfunnels Platinum costs $297 per month.. and you're getting it for free for 6 months with Funnel Hacking Secrets.

However, if you're just a beginner and aren't making money yet I wouldn't buy.

Eventually you'll have to pay that $297 per month and there's just cheaper. and equally as good, funnel builders out there).

Clickfunnels is a legit service and has grown into an absolute behemoth in the internet marketing world.

I read somewhere the company is worth $300 million.

Clickfunnels in my opinion is a little overrated but if you wanted to use them I wouldn't stop you.

3) What does the training teach?

The training in this course revolves around funnels.

A Funnels is the process of collecting a lead and getting that lead to eventually buy something.

This usually starts with building a landing page to collect an email and then from there it depends on what you're offering to make a sale.

Also, this course teaches you how to use Clickfunnels.

4) Are there any testimonials?

I couldn't find any testimonials for this course because it's fairly new.

But Clickfunnels has a million different testimonials you can read on their website.

You can either pay with your credit/debit card or Paypal.

There's a very good refund policy and it's 30 days no questions asked.

7) Does this course get updated?

The core training probably doesn't get updated much.

However, the hackathon is something that's running almost every day and definitely every week.

You'll see new funnels getting built and any training needed to build these funnels you'll get.

So in that sense it does get updates.

That really depends on what you're selling and how long you stick with it.

Some people claim their funnels will make you millions but that's not going to happen for most people.

It's a skill you need to develop.

I like to say it's reasonable to work towards a full time income online and I believe through funnel building you can reach that.

10) Are there any alternatives?

There's plenty of page builders out there.. I personally like Thrive.

In terms of training there's also a lot of options out there.

You can find my #1 rated make money online training here.

This is a legit program that comes with good funnel training and a 6 month discount to Clickfunnels.

Is it worth it?

It really depends on your situation. I really think beginners should avoid because Clickfunnels is more of a luxury than a necessity.

Funnel Hacking Secrets is decent but not the best way to make money online.

Some are good, some are decent and others are straight up scams.

There's one course that's better than than the rest, though.