Is Green Panthera A Scam Or Legit? Full Review 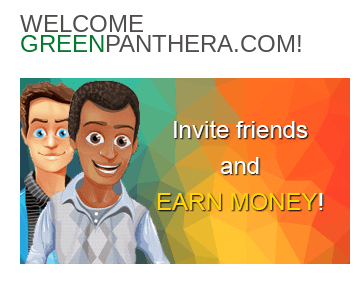 Green Panthera is a site where you can earn money doing surveys as well as other ways..

If you're thinking about joining you're probably wondering if it's a scam or legit opportunity.

Below you're going to find everything you need to know including background information, different ways to make money and more.

You'll know if Green Panthera is right for you by the time you're done.

Summary: Green Panthera has some good reviews and bad reviews out there.

While I think there's a chance to make a small amount of money here my overall impression isn't good.

The payouts are low and it's going to be very hard to make anything significant with Green Panthera.

Generally speaking you shouldn't get involved in sites that don't say who owns it.

Better opportunity: If you want to see the best place to learn how to make money online, click below. There you'll see where I learned how to make 6 figures online as a broke beginner.

2) How old is this website? Green Panthera is just over 5 years old.

3) How do you withdraw money? You can get your money out with Paypal.

4) What is the payment threshold? You can only withdraw money if you reach $30. However, you do get $5 when you first sign up.

5) Where do most members come from? According to Alexa most of the traffic comes from Brazil, Agrentina and Mexico: 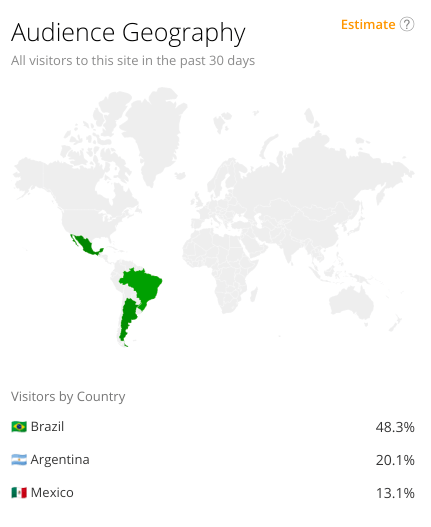 Meeting The Threshold Will Be Hard

There's some good ones where you can make a little money but the overwhelming majority you earn a little from.

That's just the truth with these kind of sites.

What is really bad is when survey sites have a high payment threshold like Green Panthera.

$30 is going to take a long time to reach and it's not something you're going to do in a day or two.

It's probably going to take more than a month.

My guess is a lot of people give up before they actually reach the $30 which essentially means they worked for free.

I personally like to do affiliate marketing because you can earn a lot more money (enough to quit your job with).

The Owner Is Unknown

I've been reviewing ways to make money online for a while and probably have reviewed 400+ websites and courses since starting this site.

One of the most common things I see when reviewing a legitimate scam is a lot of the times the site won't show who owns it or where it's based out of.

The reason for this is people who run scams usually run a bunch of other scams or create scams in the future.

They don't want to give away who they are because people wouldn't spend time or money on their future products.

Green Panthera doesn't say who their owner is.

This is definitely a red flag and should give you some pause.

Since Green Panthera has been around for awhile there's a lot of reviews about this site.

There's some good ones but more often than not I found bad reviews.

In fact, on Trustpilot this site has 86 reviews of Green Panthera and 86% of them give it 1 star. 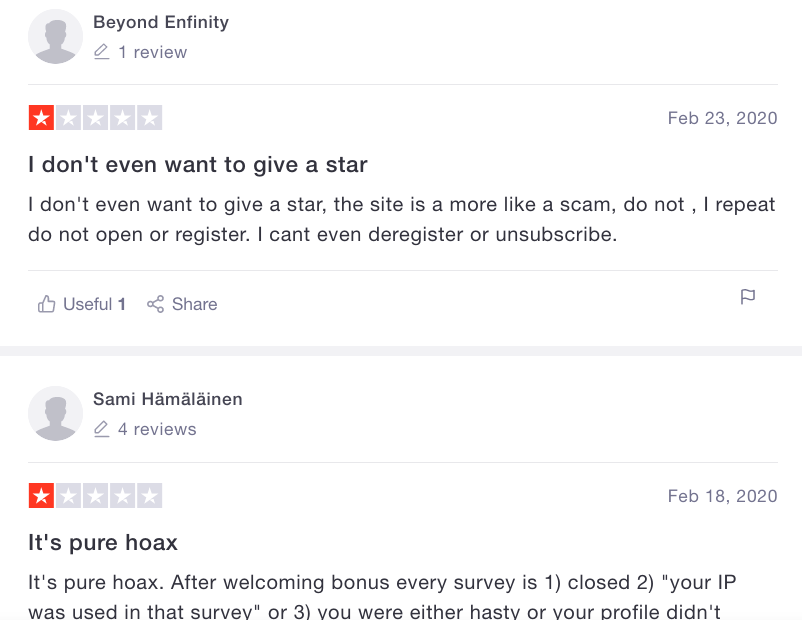 These reviews are more recent too which means they're more accurate than positive reviews from a couple of years.

My guess is Green Panthera scams a lot of people out of their $30 and just keeps the money from themselves.

Is Signing Up Easy? 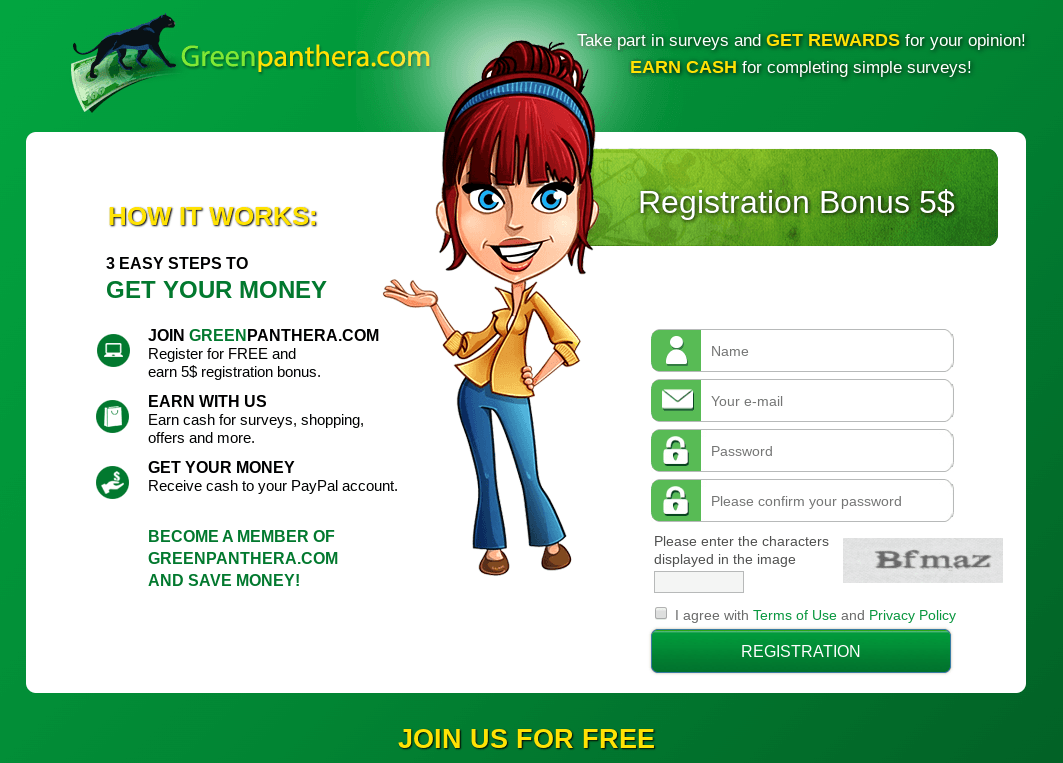 There's a few ways you can make money at Green Panthera.

This is the main way to make money with this site.

Once you sign up there will be a bunch of surveys for you to complete and then surveys get emailed to you afterwards.

These surveys really aren't that high paying, though, and for the most part you'll make pennies for your efforts.

Also, many people have complained that once you get close to $30 you get cut off from surveys so you can't make a withdrawal.

Offer walls are different than surveys and can include:

and more. You can find more surveys there too.

This really isn't a money making method and is more of a way to save money.

Some of these sites are online flowers shops, skin care products, cosmetics and more.

This is another way that doesn't necessarily make you money and instead saves you money.

However, there were no coupons for me when I signed up.

Is The Site Easy To Navigate?

Overall the site is kind of old in my opinion and seems a little low budget.

The graphics look pretty amteur and the site could definitely use a makeover.

It's pretty easy to navigate, though, and I wasn't confused by anything and what to click.

However, this site isn't easy to use on mobile. There's no app and the site isn't really optimized for a mobile browser.

So using this site on your phone will not be easy.

It's free to try:

There's a lot of problems with this site and many people complain not being able to reach the $30 threshold but it's free to try.

So worst case scenario you lose time here and not money.

A lot of complaints

There's a lot of people saying Green Panthera makes it impossible to reach $30.

Basically you get close and then they shut you out of the site so you can withdraw.

A complaint here and there isn't a big deal but when the majority complains there's problems.

$30 is a lot of money to need to reach to take out money.

I'm guessing most people give up before reaching the payment threshold meaning they were working for free.

The surveys you get don't pay that much either.

Basically you'll be making pennies for 20 to 30 minutes of work.

Is Green Panthera A Scam?

After weighing everything I think it's fair to call Green Panthera a scam.

Does it work for some people? It seems that way.

But most people report that they pretty much are scammed out of the money they earned.

Right when they get close to $30 Green Panthera locks people out or stops sending them surveys.

That would mean Green Panthera is a scam.

This makes sense because they don't disclose who owns the site or where it's based out of.

Major red flag and means you're usually dealing with an unethical person.

I'd stay away from Green Panthera.

If you're looking for a way to make a life changing amount of money online, check out Wealthy Affiliate.

Wealthy Affiliate is the single best place to learn how to make money online and it's where I learned how to do so.

Now I make more than I ever have in my life and have been able to quit my job to work full time from home.