Is Zurvita A Scam? A Health Based Pyramid Scheme? 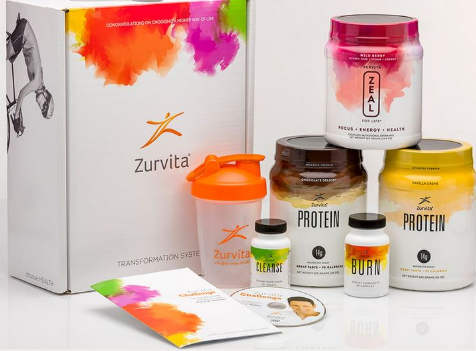 Are looking to make money with Zurvita or want to know if Zurvita is a scam?

If you are, you came to the right place. This post will break down everything you need to know about this company and whether or not you should join.

You'll see everything from company information, price to join, compensation plan, the pros, the cons and my feelings towards Zurvita. 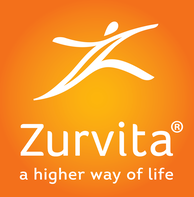 Summary: Zurvita isn't necessarily a scam or pyramid scheme (there's aspects that are a pyramid scheme, however) but I definitely DON'T recommend you joining.

This company has a very low success rate and the overwhelming majority just end up losing money instead of making money.

Better option: If you want to see how I learned to make over $100,000 online as a broke beginner, click below:

Zurvita is a health and wellness company that uses a MLM business model to sell their products.

This company originally started out as a tech company and sold different technical and business services to other company's.

They must have saw greener pastures in the health vertical and switched up their products and services.

After a couple of changes they became the company you see today.

Is Here Any Lawsuits Or Complaints?

MLM's are well known for having lawsuits and different complaints against them. Zurvita doesn't have any lawsuits that I could find but there are some complaints about misleading advertising claims.

This is a very common thing that happens with MLM's and especially MLM's that are in the health market.

Basically companies will sell their products as cure all's with little to nothing backing up their claims. Some get hit with million dollar lawsuits from organizations or FTC.

Zurvita is definitely guilty of overstating the benefits of their products.

Is Zurvita A Pyramid Scheme?

Some people incorrectly call all MLM's a pyramid scheme but that's not the case. Some definitely are outright pyramid schemes and have had to pay millions because of it.

Let me explain - take a look at the picture below:

This is how the commission structure works in Zurvita and why it has aspects that are a pyramid scheme.

The textbook definition of a pyramid scheme is when your income relies on recruitment and not on goods or services.

The reason you can't call Zurvita a complete pyramid scheme is because you can make money by selling Zurvita's products and earn a commission that way.

But that's not where the money is. The money is in recruitment and building a downline. The reason for this is you get a commission on your recruit's sales. You get a piece of every sale of the people your recruit's recruit. And on and on it goes.

The people that make serious money with Zurvita didn't do so by selling products themselves - they have a large team under them doing so.

What Is Zurvita's Success Rate

That means 99% lose money - this is terrible and should be a huge red flag for anyone looking to join Zurvita.

Here's a chart that shows how much money is being made working for this company: 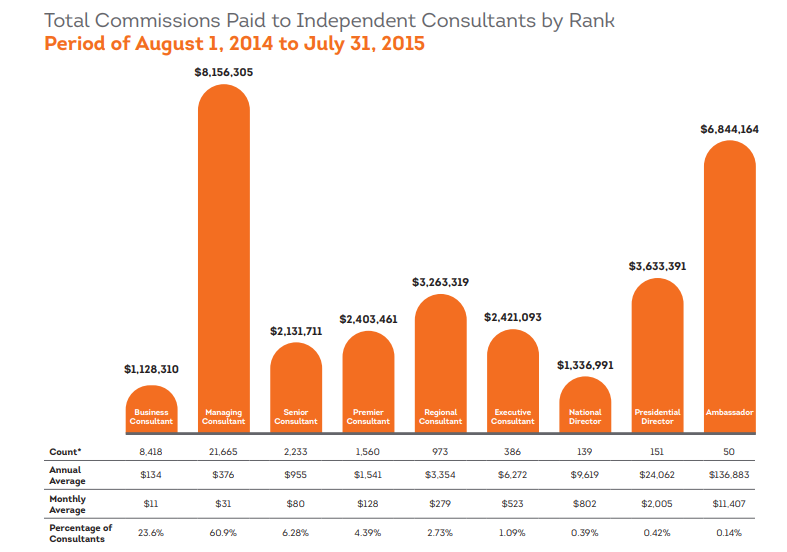 Those are not good numbers.

If you look at the chart you'll see that 85% of active distributors for Zurvita make $367 or less FOR THE YEAR.

That comes out to about $30 PER MONTH. Can you imagine working your butt off and only making $30 for a month?

In total the average payout for the year is a little over $800.

This is just how MLM's are built. A handful are suppose to succeed while everyone else works hard and barely sees anything for their efforts.

How Much To Join Zurvita?

I'd say the only good thing MLM's have going for them is it's cheaper to join one than it is to start a brick and mortar business.

Brick and mortars cost around $100,000 to start and their success rates aren't really that high either.

The cost to join Zurvita can be broken into two parts:

An enrollment fee is the cost to just be able to sell Zurvita's products. This is usually a fee to weed out people that are serious about selling Zurvita's products and those just looking to buy the products for themselves at a discount.

The biggest fee comes from the cost of buying the products to sell. You have to buy a pack of products and they range in cost.

The different options are:

What Is Zurvita's Compensation Plan?

MLM's are known for their complicated compensations plans and Zurvista is no different.

There's confusing language and charts to decipher and if you want to read the whole 25 page compensation plan, click here.

You can also watch this video that sums up everything as well:

There's really only two things you need to know.

You can make money by:

When you buy from Zurvita you get products at a discount. You then take the products and sell them at or near retail price.

This isn't how you make a lot of money with Zurvita, though.

This is how you'll make the majority of your money. The commission structure for your downline is a uni-level structure and looks like this:

The more people you can recruit into the system the more you make.

What Products Does Zurvita Offer?

Zurvita honestly doesn't offer that many products and only have 6 to choose from (they have a combo that has all products and they have a drink shaker that I didn't count).

Here's what they offer: 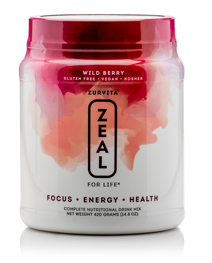 This product is a drink mix and contains natural ingredients. It supposedly helps with energy and concentration.

This is a 24 pack of individual zeal drinks.

This is another 24 packs of individual drinks but this time it's a protein drink and not one that's for energy and focus. 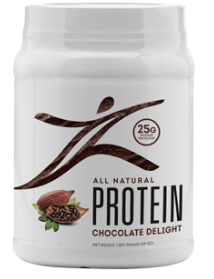 This is just the mix version of the protein product.

This is a product that supposedly speeds up your metabolism and helps you lose weight.

Last up is a cleanse and this is just for overall health.

People will definitely pay extra for health products but most people also have their favorite brands.

Zurvita is pretty expensive and if someone buys a 24 pack from you, the price per bottle is over $4.

Why would someone leave their own favorite brand to pay over $4 for Zurvita?

The truth is most people won't. The health and natural health market is extremely crowded and it can be hard to stand out. I don't really think Zurvita's products are all too special and won't separate you from the crowd.

I don't recommend that you join Zurvita but there's a few things that I like about this company, including:

1) Good products: Zurvita's products may not live up to their health claims but they're still quality. I'm familiar with the herbs used in the drinks and they're definitely good stuff.

2) No lawsuits: Many MLM's have a very bad history and have settled multi-million dollar lawsuits. There's none of that with Zurvita which lets you know as far as MLM's go this one isn't too bad.

Zuvita is a company that you shouldn't join and here's the main reasons why:

1) The success rate is low: And I mean REALLY low. The majority of people that make money make less that $376 a YEAR. That's literally less than slave wages. Only a tiny percentage make an income that you can live off. It's just not worth your time to make a $1 a day.

2) Crowded market: Although I think Zurvita has quality products I just don't think there's anything special about them. You can find all natural health drinks everywhere and many will be cheaper as well. It's going to be hard to sell these products to people.

3) Company isn't doing well: Zurvita is a publicly traded company and their stocks have dropped a ton over the last few years to 11 cents a share. This means the company could fold at any point and if you're invested in this company you'll lose your source of income.

4) Selling to friends and family: This is one of the worst parts of joining a MLM - you'll more than likely have to sell or try to recruit friends and family. This can put a strain on relationships and ruin them.

Is Zurvita A Scam?

I don't think Zurvita is a scam, I just think it's a really bad business opportunity.

The numbers don't lie and the number's aren't on Zurvita's side - they won't be on your side either if you join this company.

If you decide to join Zurvita you better work on your recruitment skills - that's the only way to make real money.

Hopefully by now I've talked you out of joining Zurvita - there's basically a zero percent chance you make any real money.