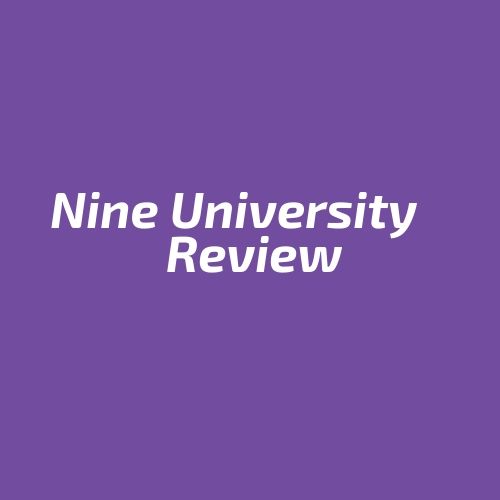 Amazon FBA is one of the most popular ways to make money online. It allows you to take your mind off from shipping, and focus on creating or sourcing the hottest products.

Plus, the items purchased will be delivered quicker to your customers as the orders are already fulfilled by Amazon.

So, it's only natural for you to want to jump into the Amazon FBA bandwagon. Or maybe your Amazon FBA business has been stagnant for several months now, and you're looking for a boost in sales.

In this review, we'll dive into what Nine University is about, its contents, and its pros and cons. We're going to find out if it is worth the hefty price tag or not.

Summary: Nine University is a online course and consultancy program developed for Amazon FBA entrepreneurs. It consists of several hours of live-stream classes, as well as 24/7 consultation with the developers of the course, as well as various coaches/Amazon experts.

It was created and developed by business partners, Kale Abrahamson and Taylor Hiott.

The whole Nine University Amazon FBA course costs $1,997, but it can also be purchased for four installments of $599.

What is Nine University?

Nine University was created for new entrepreneurs who wish to enter the Amazon FBA business, as well as those who wish to scale their business. When you become a Nine University member, you'll receive access to more than nine classes that are live-streamed every week and round-the-clock consultation with top Amazon earners and experts.

Kale and Taylor will also share the 7/7 Score Methodology, Nine University's own method in finding the hottest products to sell on Amazon.

You'll also learn how to find the best suppliers, as well as how to become the best seller.

According to its website, Nine University has been featured in prestigious publications. These include Forbes and Business Insider.

​
Here are some of the benefits you'll reap by becoming a member of Nine University.

Other benefits include Elite-only live training with top Amazon earners, as well as access to a members-only support group. You'll also have access to product photography, product listing optimization, software, and other tools.

Apart from these benefits, you'll also learn how to find elite suppliers and how to become an elite seller.

​
The men behind Nine University are Kale Abrahamson and Taylor Hiott. The two men had a joint Amazon FBA business apart from working a 9-to-5 job.

But the Amazon FBA business turned out to be more lucrative, so they focused on this business full-time. They decided to share their methods and create Nine University to help other aspiring entrepreneurs.

How Much Does Nine University Cost?

The Nine University course and bonus content cost $1,997. This is a one-time fee, so it might be rather expensive for some.

There's no need to pay thousands of dollars for an ecommerce course - there's plenty that are much cheaper and as good. Click the button below to see the very best:

​
You'll be mentored by Kale and Taylor themselves

This Amazon course is pretty comprehensive, and that in itself is a good reason to buy this product. But the mentoring and consulting part of the course is also essential. No two persons are the same, and what one finds easy can be a challenge for some.

That's why it's great that Kale and Taylor have offered to mentor the members. They'll get to ask questions in case they struggle with one topic.

While it's great to be mentored by Kale and Taylor, they are not always available. Plus, there are many members like you who need mentoring too.

The good news is the moment you purchase this course, you'll have access to a private Facebook group where you can engage with other members and the coaches who are online. You don't need to wait for Kale or Taylor whenever you have pressing concerns when you have coaches and fellow members who have been there, done that.

The one-time fee for Nine University is $1,997. If you can't afford it, you can opt to pay four installments of $599. But the funny thing is the second option will add another $399 to your total bill. Add other business expenses, and you're looking at spending thousands of dollars for your business.

Is Nine University a Scam?

​
So, is Nine University a scam?

The good news is Nine University is a completely legit and quite good online course for people who want to make money with Amazon FBA.

The program is packed with useful information on how to scale your Amazon FBA business. You will also be mentored by the creators of the course themselves and other coaches who have made money on Amazon FBA.

But is it for everyone? Sadly, no. This Amazon FBA course/consultancy program is pricey, and I'm sure there are a lot of expenses you need to pay in scaling your Amazon FBA business. So, consider that before you decide that this is a worthwhile investment.

You should probably skip Nine University.