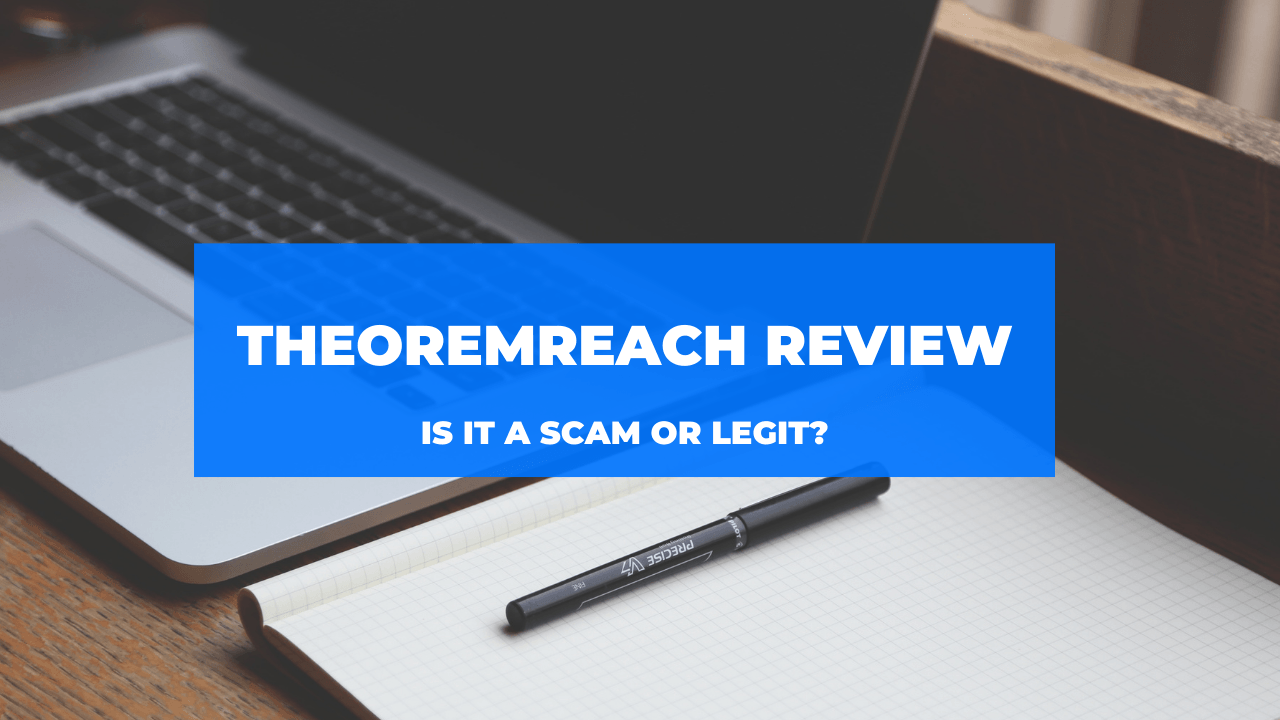 TheoremReach is another survey site that pays you for answering surveys from their partner sites. What is good about TheoremReach is that it never runs out of the survey?

So, you can check out now and then for new surveys for a higher earning potential. But keep in mind that there's no guarantee that you will be qualified in all the surveys offered by the website.

If you are looking for an easy way to earn extra cash online, I do not highly recommend TheoremReach. Although it is legit, this website can be confusing at times.

If you have no idea what I am talking about, don't worry. We will discuss everything you need to know in this review, so hang in there.

TheoremReach is a survey site, but it is not a typical one. Unlike other survey sites wherein you can just sign up and start answering surveys, TheoremReach doesn't work this way.

So, basically, TheoremReach is considered as an app for developers and Get-Paid-To (GPT) site owners. This means that if you are an app developer or if you own a GPT site, you can reach out to them for your members or users can access the surveys you are offering.

What I like about TheoremReach is that the surveys it offers aren't that hard to complete. The questions themselves are very simple, that answering them doesn't take too much time.

But despite that, the process of how you will be able to join a survey is still complicated. Getting redirected to another website is still so disappointing at some point.

Better opportunity: I've made over $100,000 online as a complete beginner. To see how I did this, click below:

What is TheoremReach and What Does It Offer?

As mentioned above, TheoremReach is a survey site that helps you earn extra income by answering the surveys of their partner sites. So don't be shocked when you will be redirected to another website.

Although you will be redirected to another website, the process is still quite the same. You will have to answer a set of questions first to figure out if you qualify for the survey or not.

Remember, not all surveys are for you. Most surveys are looking for certain people of a certain age, location, etc. So, if you qualify, then you will be able to answer the actual survey.

If you are not qualified for the survey, then obviously, you won't be able to answer the actual survey. But, you will still receive a small compensation for trying.

I find this one a good thing, since most, if not all survey sites, will not pay you if you don't qualify for the survey.

When it comes to qualifying for surveys, the process isn't that complicated. In fact, the qualifying rate of TheoremReach is way higher than other survey sites. But then again, you will still have to be patient since most likely, you won't qualify for all the surveys.

The availability of surveys depends on who you are and where you are located. This means that the website offers varied surveys from one place to another.

As for the rewards, they are not the same. Some surveys pay more, others pay less. So, be wise enough in choosing what surveys to join.

How much can you make?

The amount of money that you can earn from TheoremReach depends on two things - your patience and if you are qualified for a survey or not.

Although TheoremReach will pay you even if you do not qualify for a survey, keep in mind that this site is not the highest paying survey site available. Also, the surveys found on TheoremReach are available on other sites, which might offer better deals than this site.

While it might be tempting to answer the same survey on other sites, doing so might get you banned. So, the best option is to for the site with the best deals.

There's a few ways to make a full time living online.. to see the two best, click below:

Basically, everyone can join and earn from TheoremReach. Whether you are from the other side of the planet, you can always sign up for a TheoremReach.

Just keep in mind that you will not be qualified for all the surveys since some of them are looking for a specific group of people. Also, your location affects the surveys you can take as well.

With this, your earning potential becomes limited. So, the best thing to do is to try as many surveys as you can.

But going so takes time and a lot of patience, which I think isn't a good deal after all.

No, TheoremReach is not a scam. It is a legal and legit way to earn extra income.

But the thing is, the site doesn't pay that much, and qualifying for a survey isn't that easy after all.

Also, TheoremReach only gives you one option, which is to answer surveys only. You don't have any other choice, which again, limits your earning opportunity.

If you want to make money, then I suggest looking for better sites that pay more. Better yet, look for other means on how you can make more while going through a less complicated process.

Personally, I wouldn't waste my time applying for surveys which I am not sure if I will qualify or not. I'd rather go for something that will surely make me a good amount, like Affiliate Marketing.

If you want to know more about Affiliate Marketing, click the button below.