FBA Winners Review – Is Tamara Tee’s Course Worth It? 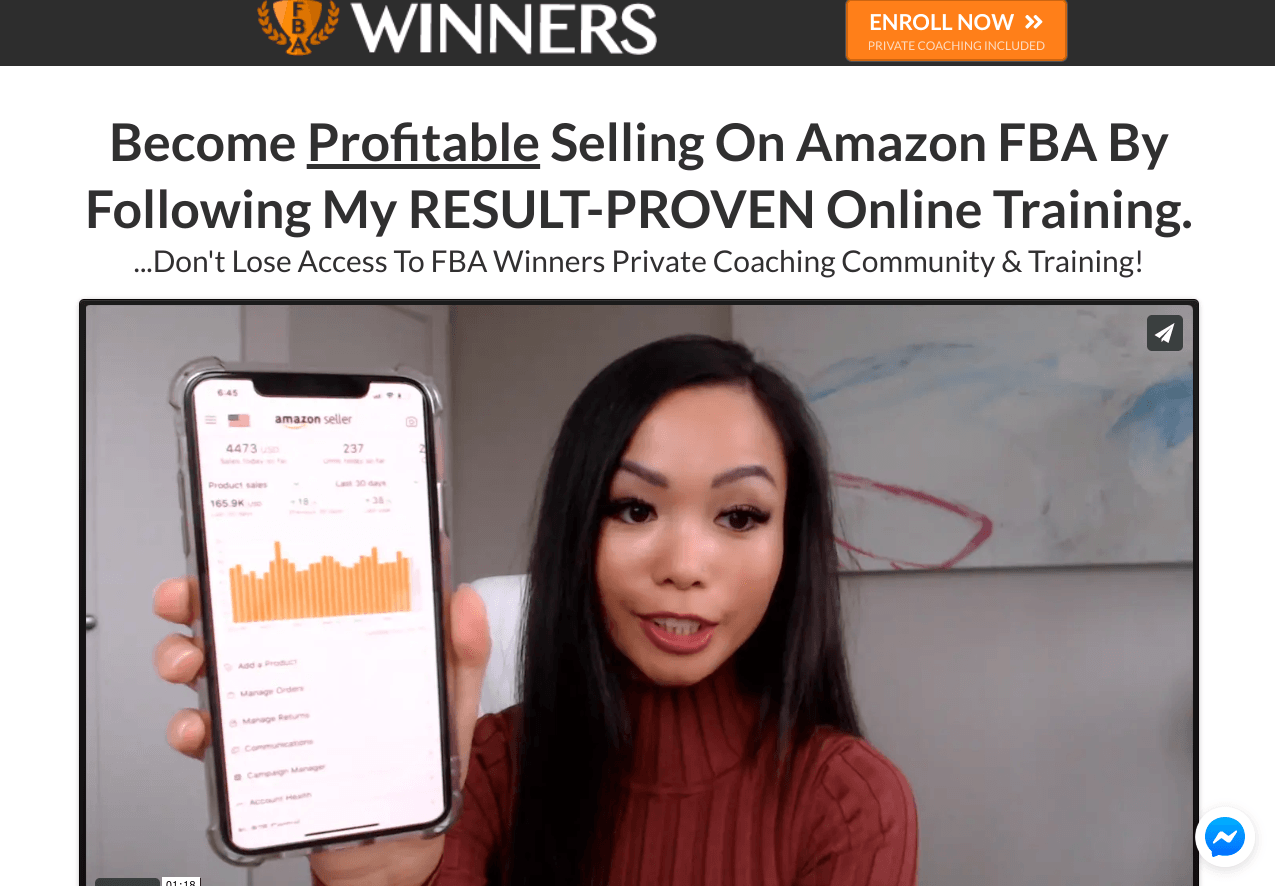 Unless you have the right training, though, chances are you're just going to lose money if you try.

This review will determine if FBA Winners is a course that's worth your time and money.

Below you'll see everything you need to know about this company including background information, price to join, course overview and more.

Do I recommend? Depends (read summary) 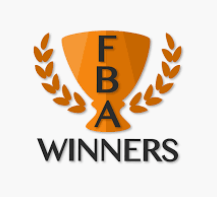 Summary: FBA Winners is a solid course about selling on Amazon and is best for beginners and people new to the FBA world.

Also, it's pretty clear that Tamara Tee is actually successful at selling on Amazon and makes several hundreds of thousands a year doing so.

The course is pretty thorough and easy to understand.

My main criticisms is the course is a little pricey and Amazon FBA is an expensive business model - there's much cheaper ways to make money online if that's what you're looking to do.

Before we get into who Tamara Tee is and FBA Winners overview, I just want to say a few things about the Amazon FBA business model.

I've been making money online for a while now and have tried basically everything. Ecommerce and FBA is a pretty difficult way to make money.

There's a lot of moving parts and a lot to keep track off.

I personally turned to making money online because I wanted my life to be easier not harder.

There's certainly money in Amazon FBA but it's going to make your life harder.

One FBA expert said it's similar to owning and operating a restaurant which is incredibly stressful.

In order to be successful with FBA you'll need to:

And more. You probably should have $5,000 set aside to start this type of business.

You can make money online without having to deal with any of that.

So if making money online is your only goal there are other ways which are as profitable and much, much easier. 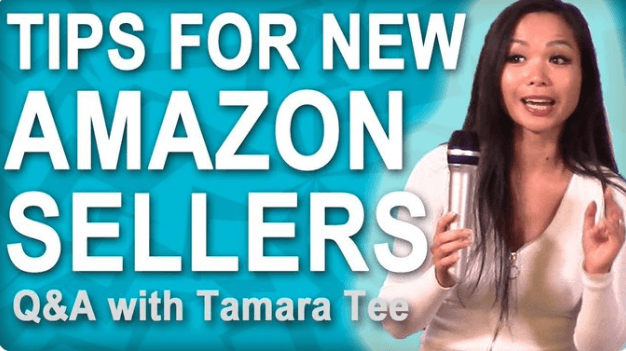 Tamara Tee is the creator of FBA Winners and she's pretty popular on Youtube as well.

There she has nearly 14k subscribers and hundreds of thousands of views.

A lot of times (especially with younger Youtubers) you'll see fake it until you make it types.

These people rent fancy cars and houses to make it seem like they're rich. They claim expertise in something like ecommerce when in reality they just make money from selling courses.

Tamara doesn't fall into this category.

Her videos are actually quite helpful and are for the most part informational in nature.

There's some videos that could be labeled as clickbait like "Find a $40,000 a month product in 5 Minutes" but there's not a ton of those.

There's no flaunting her money either.

Overall Tamara seems like a mature and experienced internet marketer.

Overall there's 15 modules here that go over the entire FBA business model and there's about 15 hours of content.

There's courses that give double the amount of content but I find Tamara is more to the point and there's not a lot of fluff.

I'd much rather have a course that's 15 hours and concise than a drawn out 30 hours.

Here's a breakdown of each module:

This section is just an introduction to the course and how to use it to be most successful.

This section is all the things you need to get your store ready in Amazon. This means setting up your Amazon Seller Central account, coming up with a name and understand Alibaba (where you'll be getting products form).

This section is about getting your money right and having money to start your business, pay your Amazon fees and what profit margins you should be going for.

Module 3 is one of the longest and most thorough sections in the entire course - overall there's about 3 hours of content here.

It's focused on product research which is essential to having a successful FBA business.

This section is about finding trending products and making sure you don't infringe on other people's trademarks.

Module 5 is all about building up a relationship with your suppliers and negotiating prices.

Module 6 is about getting your products from China to an Amazon warehouse. This section goes over the shipping times and shipping costs.

This section is about outsourcing work and finding people on Fiverr to free up time for yourself.

Module 8 is about creating your product listing in Amazon.

You get tips on picking the right product pictures, selecting keywords, pricing your product, and more.

There's no need to pay thousands of dollars for an ecommerce course - there's plenty that are much cheaper and as good. Click the button below to see the very best:

Module 9 is devoted to getting positive reviews on your products without breaking Amazon's terms and service and being banned from selling on their platform).

This section is about launching your product and using Helium 10 (tools for Amazon FBA'ers) to improve ranking in Amazon.

This section is about creating paid advertisements and is very, very important.

Organic traffic most likely won't be enough for you to make any meaningful money and you'll need thousands to spend on an advertising budget to make this work.

Module 11 is all about making sure you don't just waste your money on unsuccessful ad campaigns.

This section is about protecting your brand against third party sellers.

Module 13 is about improving your organic traffic and ranking in Amazon for free sales.

Module 14 is about keeping track of your expenses and using different softwares to do this.

This section is another section on paid ads and focuses on conversions and Facebook Ads.

There's many Youtubers that piss me off. Something about that platform attracts the most narcissistic and immature people on earth.

However, Tamara is different than these people. You don't see videos about her flaunting her money in excessive ways and it seems like she's legitimately interested in teaching FBA.

I don't think this course is about just making her money.

You get everything you need here if you're a beginner. You'll learn about finding products, building relationships with suppliers, setting up your Amazon page, Paid traffic, converting traffic and more.

Learning alongside people is very important and it allows you to solve problems quicker than if you just did everything alone.

If you're already making money with FBA and are looking for a course to take things to the next level, this isn't for you.

This is mainly geared towards beginners.

You can make money with Amazon FBA. However, there's much easier and cheaper ways to make money money online.

If making money is your sole goal I would explore different methods like affiliate marketing first because it's basically free to try.

I didn't know what to expect when I first saw Tamara and her course.

I think years of making money online and reviewing hundreds of make money at home opportunities have made me skeptical of younger Youtubers.

But Tamara quickly made me a believer because she's very professional and doesn't fall into common Youtuber traps like flaunting her money and showing off her cars.

Her videos on Youtube are loaded with value and it's clear she's not only intelligent but a good teacher.

Her course is well made too and is good for any beginner who wants to try out Amazon FBA.

The only thing is you have to make sure Amazon FBA is what you want to do.

This isn't this kind of business you can give limited effort to.

You'll need thousands to cover start up costs and the discipline it would take to run a restaurant to make this work.

Make sure you have the capital and work ethic for FBA before spending thousands on courses.

The Last Amazon Course is good but there's still better courses out there.