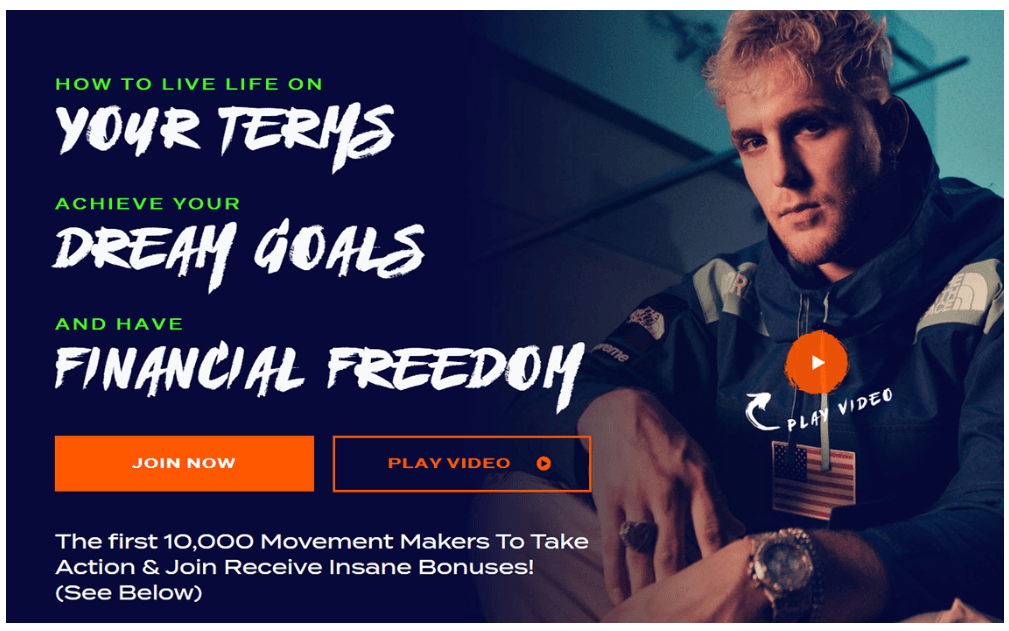 This course is going viral and there's been a lot of satirical looks at it so far.

I actually make money online and I'm just going to be looking at it from that aspect, without trying to make this one big joke.

Let's get into it now: 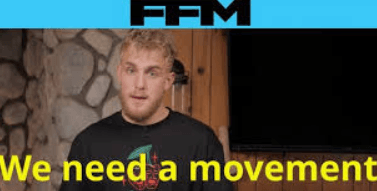 Summary: Jake Paul is a really, really easy target. So when everyone dog piled on him about his new course I knew a lot of it just came from people hating him.

But after going through the course I can see why people are calling this a straight up scam - it basically is.

A lot of these videos can be found free elsewhere online and many of the people are fakers (buy social media followers and more).

Also, there's upsells in the course that try to make you pay even more once you get in there.

The main purpose of Financial Freedom Movement is to get you to buy more courses from the marketers you're supposedly learning from (some cost thousands).

I am actually shocked at how bad this program is.

Better opportunity: You can actually make money online if you figure out the right strategies and get good training.

If you want to see the best training online on how to do this (you can even try it for free), click below:

Jake Paul is a lot of things but I don't think he'd be smart enough to put this scam together on his own.

My guess is he actually has nothing to do with it and it's entirely put together by the marketers in the course (Jake Paul was just paid to be face of it and tweet about).

I mean look at this tweet from Jake Paul: 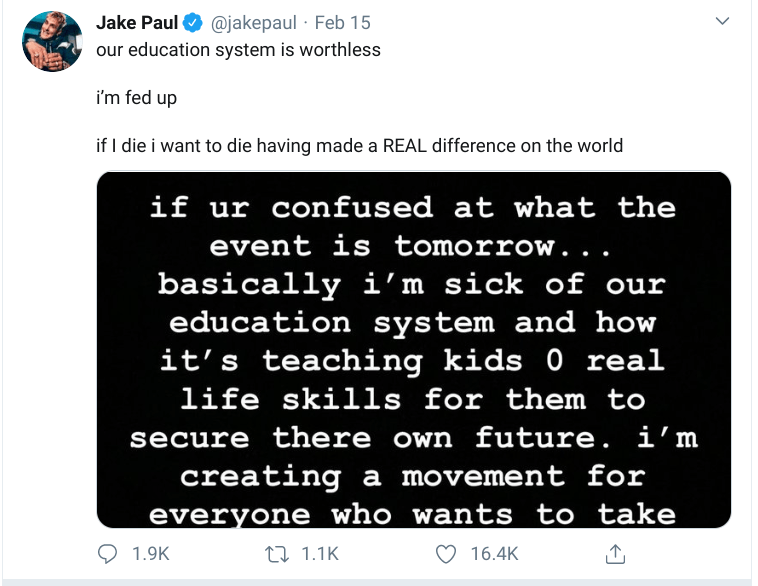 Do you really think the state of our education system keeps Jake Paul up at night?

And do you really think Jake Paul is smart enough to provide the remedies to the problems in our education system.

I doubt Jake Paul spends much time thinking about anything besides himself.

But just because he isn't the mastermind behind this scheme doesn't mean he doesn't deserve blame.

Jake's main audience is kids. Maybe since he started some of these kids have grown up to be teens but still his audience is young.

He should be a lot more careful about the junk he's sponsoring.

I mean look at this video below about him pushing Financial Freedom Movement:

Again, Jake is just reading off a script and doesn't know what he's talking about but should he be telling his young audience to drop out of school and not go for an education?

Something like 90% of businesses fail - this life isn't for everyone.

I worked my ass off to make money online full time and sometimes I even wonder if it would have been easier just to go the normal route.

Either way, Jake Paul is not who you should be taking this kind of advice from.

Jake Paul Has Done This Before 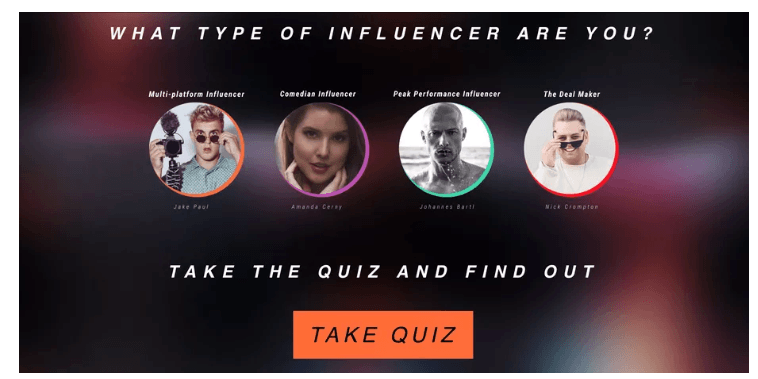 Two years Jake Paul pushed a course that's really similar to this one.

That course was called Edfluence and it was targeting his young audience pushing the idea they could all be social media stars.

It was for $7 and then once you got in your were pressured to spend even more money.

Edfluence created no social media stars and is now defunct.

In another really bold scheme Jake Paul even pushed gambling on his young audience.

Below is a HYSTERICAL video that goes over this scam:

This was only a year ago and Paul was pushing a website called Mystery Brand (shut down now) where you put money into the site and open random boxes.

You can "win" prizes like Macbooks, cars, jackets or you can lose your money.

Some of the prizes were literally the most expensive property in LA (for $250,000,000) and million dollar cars. Obviously you couldn't actually win those things.

It's absolutely insane he would push this to his young audience.

Jake Paul literally has no morals.

The Course Material Is Low Quality

So maybe Jake Paul learned his lesson and decided he will only push legitimate and valuable programs to his young impressionable audience?

I review courses full time and have reviewed hundreds of courses that promise to teach you how to make money online and reach financial freedom.

This is just as bad as the worst that I've come across.

A lot of the people associated with Financial Freedom Movement are pretty well known too like Dan Fleyshman, Adrian Morrison, Anthony Morrison, Billy Gene and more.

The problem here is you're not actually getting original content a lot of the time and it's old stuff these guys created in the past.

One of the videos literally shows the calender saying it's 2017.

Other times there's other company names being talked about besides Financial Freedom Movement.

When you get to Dan Fleyshman's section he literally says "Thanks for registering to Learn Personal Branding Dot Com."

Other content creators in the course make the same mistake.

These guys don't take this seriously and it's only meant to exploit Jake's young audience.

Sometimes a marketer will price something very low just to get you in the door for the larger upsell.

This is because people that have make a purchase are more likely to make another purchase from you.

Upsells aren't always unethical but in a lot of cases they are. When dealing with a younger audience I would say it's pretty unethical.

For instance, when you go to Mark Lack's section in Financial Freedom Movement you'll be pressured to buy his own personal course called Personal Branding Accelerator: 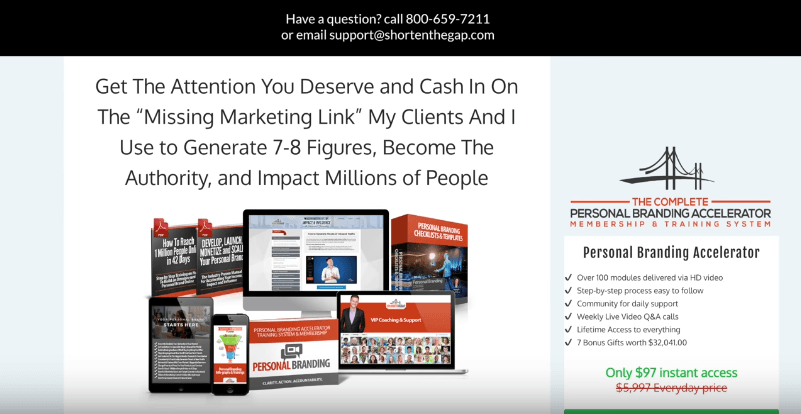 Once you buy this course you'll be pressured to buy even more courses and on and on it goes until you've spent thousands!

Same thing with Adrian Morrison. When you get to his section you'll be pressured to buy his own personal course which costs $37.95: 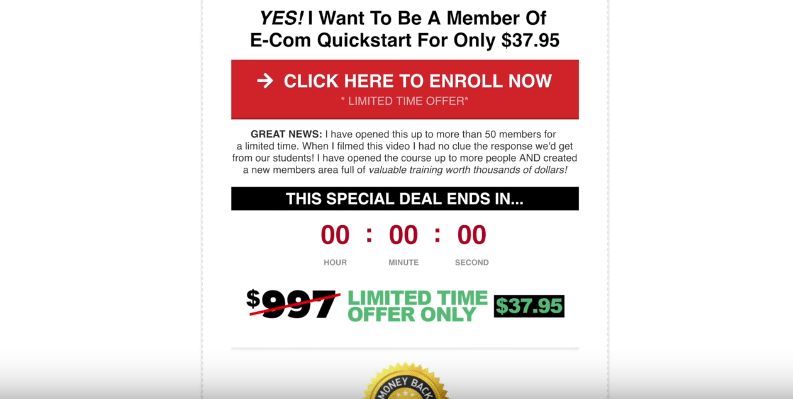 Do you see how this all works now?

These marketers pay Jake Paul to get access to his fans. He does a couple tweets, does a couple videos and then he sells it to his audience for $20 per month.

Once there you get videos that are only meant to make you buy more courses from the marketers who actually came up with the idea of Financial Freedom Movement.

From there you can spend thousands on overpriced and overhyped courses.

Financial Freedom Movement isn't an actual product - it's just the beginning of a sales funnel.

Some of the videos you pay monthly to access are just free on some of these guy's Youtube channels.

In other instances it's clear the videos were made for a completely different project but were just thrown into the course.

One instance a different course is named and in another a calendar clearly says 2017.

Being sold to kids

Again, this most likely wasn't Jake Paul's idea. I don't think he has the brains to put this together.

The marketers he's working for definitely have the brains to put this together.

These guys most likely just paid Jake Paul to be the face of the company and to promote it.

The problem with that is Jake Paul's audience is very young. A large majority are probably not even teens yet.

They should not have these kinds of courses marketed towards them and they shouldn't be hearing how horrible an education is.

Again, clever marketers are behind this and it was never their intention to make Financial Freedom Movement a stand alone product.

It's just the beginning of a sales funnel that milks their customers for thousands of dollars by forcing them to buy more products/courses down the line.

Is Financial Freedom Movement A Scam?

And this isn't the first time Jake has done this either. He was the face of basically the exact same scheme two years ago called Edfluencer and he's pushed his audience to join gambling sites in the past.

I have no clue if Jake Paul is just dumb or immature or has no morals (or a combination of all three) but he does a TERRIBLE job protecting his young audience.

Again, Jake may have handlers and people that run his life that make him do this stuff but either way these aren't products for kids

There's going to be no success stories from Financial Freedom Movement.

There's most likely going to be the opposite. There's just going to be people that fall into the sales funnel and end up spending thousands of dollars on low quality courses.

The good news is you can actually achieve financial independence and make money online. You don't even have to be a scamming scumbag like the people involved with Financial Freedom Movement.

You can make money on the internet without selling your soul!

If you want to learn how to do this, check out Wealthy Affiliate.

Wealthy Affiliate is where I learned how to make a full time living online and it's the single best place to learn how to do so.

The best part is it's free to try as well!