Is Anovite A Scam? Holy Cow You Won’t Believe This One!

If you were recently approached by a friend about Anovite and are wondering if it's a scam, you came to the right place.

This post will breakdown everything you need to know about this company like background information, compensation plan, pros, cons and more.

By the time you're done reading you'll know if this opportunity is right for you or not. 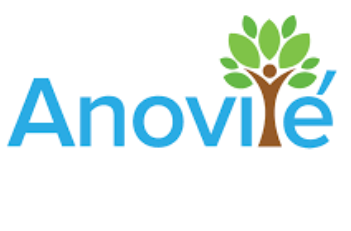 Summary: Anovite is a pretty typical MLM in the health and wellness niche (they sell overpriced products and you'll have to recruit to make any real money with them).

I definitely do NOT recommend that you join this company. The main reason being the chances for success is extremely low and there's only a small chance you make your money back, let alone make any significant money.

Better Opportunity: If you want to see how I learned to make over $100,000 online as a broke beginner, click below:

Anovite is a company that started in 2014 and the CEO is named Dr. Anthony Kleinsmith who for some reason isn't mentioned on the Anovite website.

Anovite doesn't make or create their own products and instead is a distribution channel for Immune Tree, which Kleinsmith worked for in the past.

The MLM industry is riddled with lawsuits for various things - some are minor while others are much larger and can cost companies 10's of millions of dollars.

I recently found a lawsuit against Anovite alleging that their products violated California health standards. Some of the products being sold by this company contain lead over the legal amount. You can read the full lawsuit here.

Lead poisoning is very serious and can have very bad consequences on your body.

This is definitely something you need to consider before selling for this company or taking their supplements.

Is Anovite A Pyramid Scheme?

Some people are a little fast and loose with the term pyramid scheme but not every MLM is one.

I don't think Anovite is one despite having some similarities.

Look at this picture to see what I'm talking about:

This is what part of the commission structure looks like at Anovite (the part that looks a pyramid scheme).

When the only way to make money is to recruit, you are in a pyramid scheme.

However, recruiting isn't the only way to make money with Anovite. You can make money by selling the products directly to customers without enlisting people to sell under you.

Recruiting is how people make serious money with MLM's, though, which is true for Anovite.

Success Is Rare With Anovite

Sometimes a MLM will have an income disclosure that shows how much people make working for a particular MLM.

The numbers are always terrible and it usually shows most people make basically no money while the people that do make money make peanuts.

When a MLM doesn't have an income disclosure it's usually because the numbers are even worst than most.

Unfortunately Anovite doesn't have an income disclosure but there's plenty of information out there about MLM's that show how hard it is to succeed.

Some claim 99% of people who join MLM's lose their money and other reports have it at 73%.

Even worst people that do make money usually make a couple hundred a month and only an extremely small minority make a livable wage.

How Much To Join Anovite

If there's one benefit to joining a MLM it's that it's usually cheaper than starting your own brick and mortar business. MLM's cost in the hundreds to low thousands and a typical brick and mortar costs $100,000 to start.

However, there's still some costs to joining Anovite.

If you're just trying to be a wholesale customer signing up is free but if you want to sell and get commissions you'll have to pay $39.95 per year.

Additionally there's a few starter packs you can select too (you will need products to sell after all).

Here's the cost of these packs:

What is Anovite's Compensation Plan?

MLM compensation plans are the bane of my existence. They're always very complicated, long and hard to understand.

Anovite is no different and if you want to read their entire compensation plan (which is over 20 pages) click here.

Instead of giving you every detail of the compensation plan, I'm going to go over the most important parts.

Depending on how many people you recruit, their success and how many sales you and your team generate, determines the rank you are.

In Anovite there's 13 different ranks you can achieve from associate all the way to Diamond Executive.

You achieve associate status by simply signing up for the program. To become a Diamond Executive you would need to generate 100 PV (personal volume), at least two recruited associates with one at the Star level (3rd level), 25,000 GV (group volume) on your left and right leg.

The Diamond Executive rank is extremely hard tor each only a handful of people get that far.

One way you can make money with this company is to sell products directly to customers.

When you buy products from Anovite you get them at a discount and then you sell them to customers at retail price (your commission is the difference between the two prices).

Every time you get someone to sign up for Anovite and they purchase one of the starter packs you get a commission.

Here's the commission you get based on the pack purchased:

You need to generate 100 PV in order to be able to collect your commissions.

This is the main way you'll be earning money with Anovite and is the part of the commission that most resembles a pyramid scheme.

The compensation structure is binary and looks like the following: 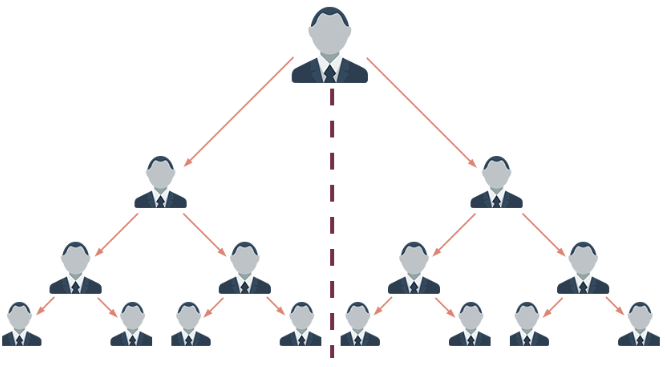 In a binary commission structure you have a left and right leg with two personally recruited affiliates.

How much you make depends on how many sales your downline makes and the rank you are.

Each rank is capped with how much you can make and the most you can make is $12,000 per week if you reach the Diamond Executive rank.

A matching bonus is when you earn bonuses off the residual earning of the people you recruit.

In order to qualify for this you need to be a Bronze Director which is the 5th rank you achieve in the system.

You also get a bonus when you reach certain affiliate ranks. Once you reach the Bronze Director rank you get a bonus.

There's three more bonuses you can reach and those bonuses are the star bonus, car bonus and executive pool bonuses.

These bonuses are smaller and you won't need to really know about them until you're farther into the the system.

It's important that you actually understand the products you'll be promoting if you decide to work with Anovite.

Like I said earlier, though, there's a lawsuit in California alleging their products contain lead over the acceptable amount, which can have serious health risks. 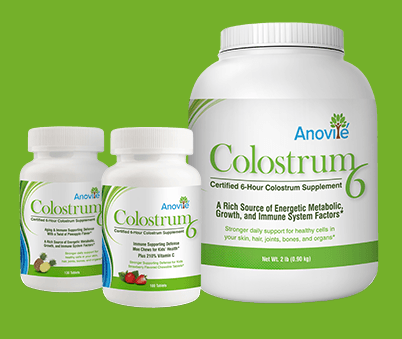 Colostrum6 is the most popular product from Anovite. Colostrum is found in the milk of mothers a few hours after the birth of a baby.

Inside those containers isn't a capsule but instead a powdery substance that you take by the teaspoon.

Compared to other colostrum products, Colostrum6 is very expensive.

Limu76 is Colostrum except made into a powder that you mix with water or another liquid. There's other ingredients as well acai berries.

You get little packages with the powder inside.

This is another product that comes from colostrum and is geared towards men and women that are trying to lose weight.

Here we have another colostrum product and like the name suggests it's made for your dog and cats.

All you do to serve these product is sprinkle it over their food.

Can you guess what's the main ingredient in this product? You guessed it - colostrum.

This particular colostrum mix is for people that exercise and workout and is combined with other ingredients that stimulate muscle growth.

This product is a little different than the others and it doesn't contain colostrum. Instead it's more of a cleanser that makes use of an electrochemical process called Oxygen Stabilized Protocol.

The main reason I would stay away from this company is the success rate is so low and it's a very uphill battle to be successful.

Recruiting people into the system is hard work and many times you'll have to bother friends and family to buy products.

Plus, the products don't seem to work as advertised and even have lead content that could be more than safe.

I would definitely skip on Anovite.

Even though I don't recommend Anovite there's still a few things that I like about this company including:

1) Inexpensive to join: At the end of the day you'll only lose a couple hundred dollars if you're selling doesn't work out for you.

2) Products have been around for a while: Immune Tree has been selling these products for over 20 years and they seem to be decently popular.

Overall there's more that I don't like about this company than like and my main complaints are:

1) Low success rate: This isn't just a problem at Anovite - this is a problem at all MLM's. So few people succeed and the majority just end up losing money.

2) Lead in products: A small amount of lead isn't bad but according to a lawsuit filed in California some Anovite products have more than the legal or safe amount of lead in them.

Hopefully by now I've talked you out of joining Anovite - it's just not a good money making opportunity.