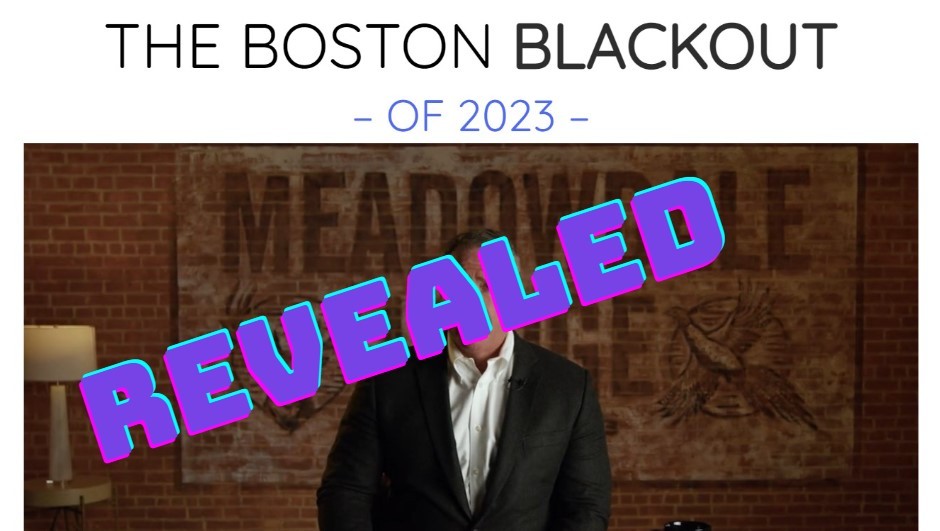 Porter Stansberry is back from retirement and he's running a new stock teaser called "Boston Black Of 2023."

In this presentation he gives some warnings about the future of energy and of course hypes up some stock picks.

Stansberry doesn't give away these stock picks because he wants you to buy his newsletter to learn them.

Well I have good news - I was able to figure them out based on the clues that Porter left behind.

I reveal the names of the stocks below along with some background information. 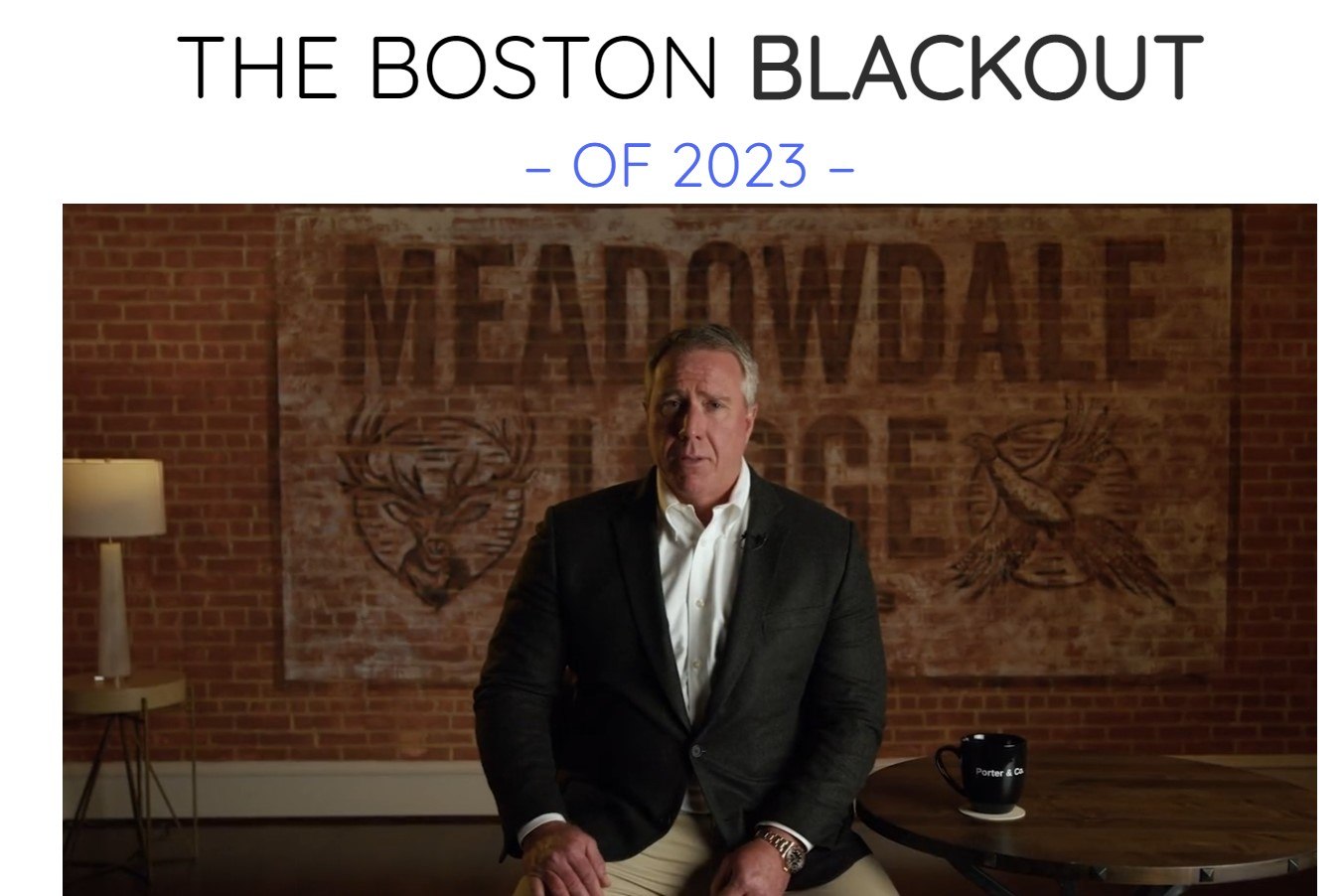 The idea behind the Boston Blackout presentation is America is going to develop it's infrastructure to produce and export more natural gas.

There's many reasons for this but the idea is America will be the leader in natural gas.

The stock plays here have to do with the transportation and extraction of natural gas.

EQT builds pipelines and is the biggest producer of natural gas in the Marcellus region (parts of Virginia, West Virginia, Ohio, Pennsylvania and New York).

This is a big company and a pretty safe bet.

Tellurian is more speculative and a bigger risk (but comes with bigger upside).

They hope to build a massive pipeline called the Driftwood project. But they need a lot of money to get it done.

Last is Venom Viper Energy Partners which has a royalty on the production of Diamond Energy in certain locations.

This is all a pitch to join Porter And Company which is pretty expensive.

Stansberry has a mixed reputation which I'll explain later.

Figuring Out The Stocks

Porter Stansberry is back from the dead and launched a new publisher called Porter and Company.

His newsletter is called The Big Secret On Wall Street.

This is the first big teaser he's run for this new venture and he's calling it "Boston Black of 2023."

Let's look at the clues left in the teaser and try to figure out the name of the stocks Porter is pitching.. this way we don't have to spend thousands to learn them.

The main idea behind this story is that many places in America have rejected new pipelines for environmental reasons.

The Russia/Ukrainian conflict has worsened the issue.

Porter believes to remedy this issue the Northeast will have to invest in pipelines that transport natural gas which is used to generate half of the regions electricity.

Additionally, because of the Russia/Ukraine conflict Europe and other countries will depend more on our natural gas exports.

And Porter believes he knows which companies will benefit from this.

EQT - The Gods Of Gas

The first company that Porter is pitching is EQT which he refers to as being owned by the "Gods Of Gas."

Porter gives out a lot of facts about the brothers who own EQT claiming:

The idea is EQT is pushing the government to allow them to build more pipelines on the East Cost.

There's going to be a lot of hurdles to clear to do this, though.

The East Cost is filled with environmentalist and liberals that despise fossil fuels.

There's a chance this Russian war can get it through people's heads that we need to export more of our own natural gas.

But it may not be enough to change the current mood.

Unfortunately it may actually take black outs in Boston for people to realize we need to be producing more natural gas.

Even if these new pipelines don't materialize EQT is a strong company.

They make a lot of money, are well financed and have good leadership.

They're constantly getting more efficient and droppings costs too.

The stock is down since being recommended by Porter, though, since it's been very warm out. 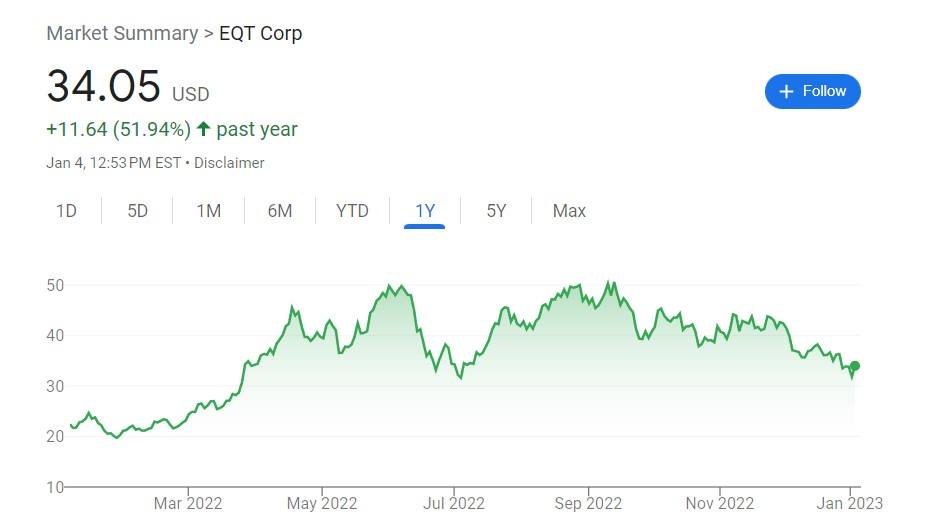 Tellurian Is The Next Stock

Tellurian is a much more risky investment and is natural gas producer in the Gulf Coast.

Porter claims this company has much more potential than EQT which is true because it's smaller.

Porter believes the market cap of this company will go from $2 billion to over $100 billion in the next decade.

They're trying to build a gas liquefication plant but have run into problems doing so.

The project is very expensive and high interest rates is making it hard to accomplish.

Even if they could build their plant it would take 5 years to complete.

The last stock is a royalty play from Viper Energy Partners.

A royalty company doesn't actually product the oil or dill or do anything like that.

They just get a cut of whatever is produced.

This is good because they don't have any costs or anything like that - it's just passive income.

This area is mostly located in Western Texas.

The only downside to a stock like this is there's a lot competition and other companies that do the exact same thing.

Plus the dividend can be all over the place.

Recently Viper Energy Partners lowered their dividend payment from 10% to 6% causing the stock to drop 10%.

Porter Stansberry is one of the most well known stock pickers of the last 20 years.. for good reasons and bad ones.

Porter is known for his extremely dramatic and persuasive stock presentations.

Often times he's predicting the collapse of the dollar or the US economy or something along those lines.

He built one of the biggest stock picking companies called Stansberry Research and retired from there a few years ago.

Stansberry is back with Porter and Company and selling a newsletter that costs $1000 per year.

Should you buy it?

I probably wouldn't just because it's too expensive.

There's no shortage of stock picking services out there and many are priced much lower.

Now there are a lot of scammy investing newsletters too.

Porter has been fined millions of dollars in the past but I wouldn't consider him a scam artist.

He's probably better at picking stocks than most stock pickers.

Still, I just wouldn't want to pay $1000 for a newsletter that offers no refunds.

Porter had been lying low these last few years but he's back in a big way.

There's some pretty good investments in this pitch.

EQT is a solid company that is positioned well for the long term.

Viper Energy Partners is a nice company that at times offers a very high dividend.

Although recently they cut it 40%.

Tellurian is the most risky out of the bunch and a lot has to go right for this company to pay out.

If you invested Tellurian you'd have to be very patient with results and not get addicted to the price movement on a day by day basis.

I don't think I'd buy Porter's new newsletter just because it doesn't come with a refund policy.

I don't like recommending investing newsletters that don't have a money back guarantee.