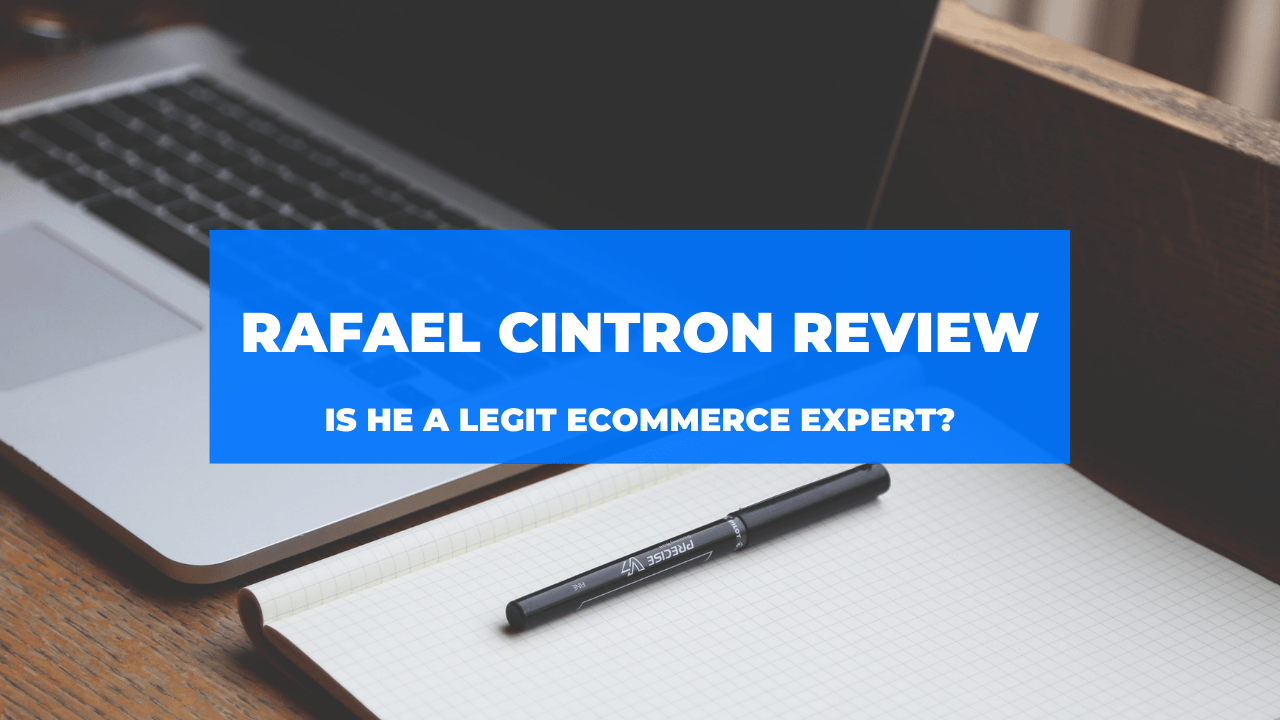 Rafael Cintron is an ecommerce guru that's popular on Youtube.

He has various courses and services he offers.. if you're here you're probably wondering if he's legit or a scam.

Below you'll find everything you need to know about Rafael including background information, services offered and more. 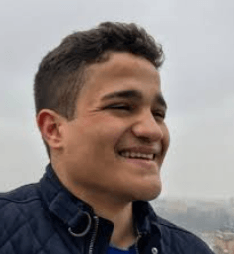 Rafael Cintron is an ecommerce guru that has a pretty decent following on Youtube.

In the past Rafael offered ecommerce courses but has moved onto ecommerce consulting/coaching.

Overall his services are too expensive and in the past his courses weren't the best quality.

I'd skip over Rafael.

Better opportunity: My favorite ecommerce course is Ecom Elites. It has extremely high quality training and only costs between $197 to $297. To learn more, click below:

Who Is Rafael Cintron?

Rafael Cintron is an ecommerce guru that's been around for a couple of years.

He's most known on Youtube where he has 44.5K subscribers and posts a few times a week: 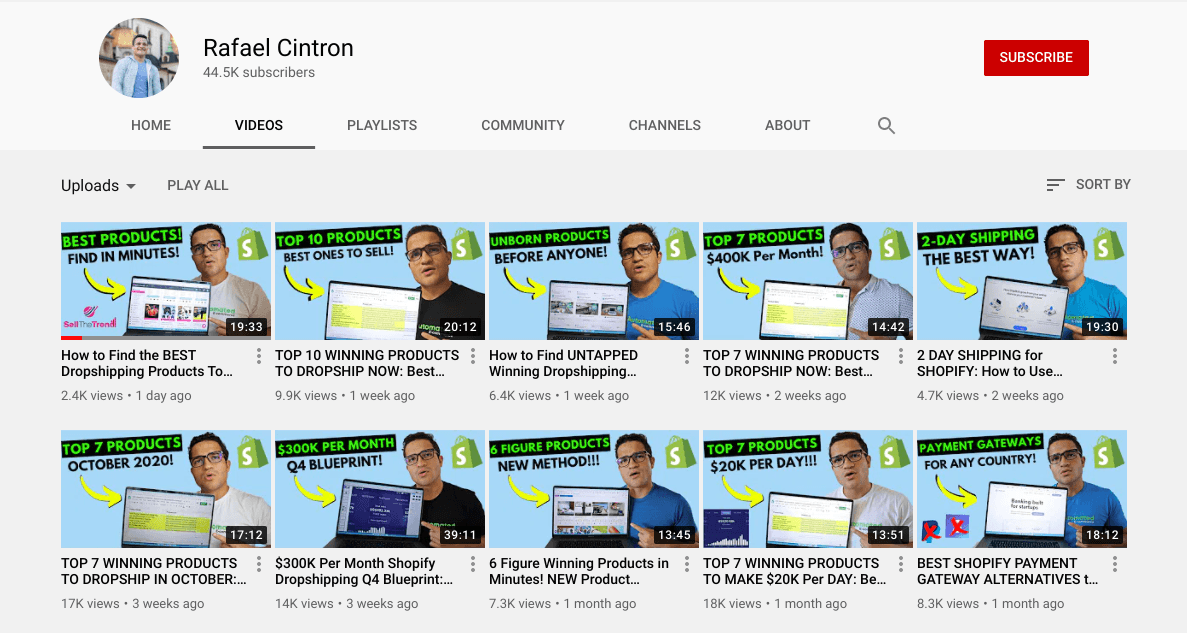 Rafael does post more than you'd expect for someone who claims they make 7 figures with ecommerce.

Seems like a lot of effort to make so little.. especially if you're making a ton doing other stuff.

So I'm a little skeptical about Rafael's income claims.

One thing that is a positive is Rafael is not just showing off his cars or money to attract viewers.

His videos are almost entirely informational.

What Is Rafael Cintron Offering?

In the past Rafael offered a course called 7 Figure Shop Ecom Secrets but no longer seems to be promoting it.

After reading through some reviews it seems most people weren't too impressed with this course.

It cost $997 which is pricey for an ecommerce course and the training was just average to less than average.

Now Rafael has made the transition (like so many ecommerce gurus do) to more of a consulting role.

His Youtube videos link to two different websites.. one called Automated Dropshipping and the other called Learn Ecom Live.

However, both offer the same thing.

You put your email in and you get a free video about ecommerce.

The video is about 30 minutes long and it's really just a presell to the main offer.. consulting.

You're prompted to fill out some information to see if you're eligible to have your ecommerce business scaled by Rafael: 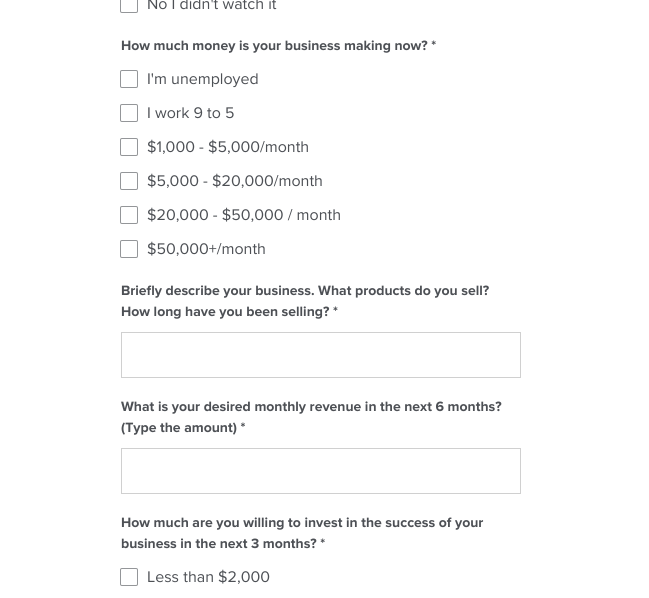 Basically you're just answering questions to see if you have the money for the consulting.

They are usually extremely expensive and the results aren't guaranteed.

I'd just invest in good training or find a really high quality ecommerce consultant if you're already making good money.

I don't think Rafael would full into the second category.

I don't know if I'd say he's a scammer or anything like that.

He definitely has knowledge of ecommerce. I just have no clue how much he actually makes from doing ecommerce.

Between consulting, his courses and Youtube channel he might make a lot of money but that's not the same as making money from ecommerce.

I'd skip over anything Rafael is selling.

If you're interested in learning ecommerce without spending a ton of money, I'd check out Ecom Elites.

Ecom Elites has the best training on ecommerce and is very affordable.

Plus it's taught by an ecommerce master.

Ecom Elites is by far the best ecommerce training. To read my full Ecom Elites review, click below: