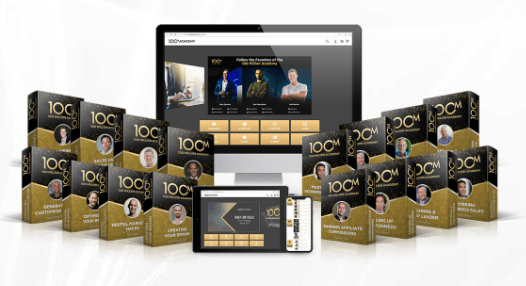 100 Million Academy is a course that offers training from some of the biggest names in many different verticals.

Is this place too good to be true? A scam? Excellent opportunity?

Below you're going to find everything you need to know about 100 Million Academy and whether it's worth your money. 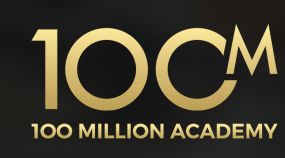 Summary: 100 Million Academy might seem like an awesome idea if you don't really understand what's going on.

All of the people involved are millionaires and only paying $100 to access their training seems like a good deal.

The problem is you're really not getting the best training these guys have to offer.

You're just going to be pushed to buy their more expensive courses down the road and you won't learn enough here to actually start a business.

Additionally, some of these guys have been involved in sketchy businesses in the past that targeted young kids.

Maybe if you literally know nothing about the business world and want to sample every business model out there to see which is right for you this course might be worth it.

But even then I'd probably keep my $100 and look for other training courses/free info online to see what you like.

I first saw an ad for this opportunity on Instagram a couple days and decided to check it out because I recognized some of the guys in the sales video.

I immediately became suspicious because the sales video starts off talking about Covid-19.

It mentions how politicians aren't going to save you from economic troubles and that you need to find new ways to make money/protect yourself.

There's some truth to this but you know what else has happened since Covid-19..

The owners of this course are Cody Sperber, Dan Fleyshman and Joel Marion.

These guys are savvy and smart - they know this $1200 is burning a hole in most people's pockets (most Americans don't have $500 in the bank so this the most people have had in awhile to spend).

If you look at the traffic for 100 Million Academy it's clear they just started running ads to get customers:

During this time is when the $1200 checks started to go out and people started receiving their stimulus money.

My guess is this course was thrown together very quickly in order to get some of that stimulus money.

I review online opportunities for a living and have seen A LOT of scams pop up specifically exploiting Covid-19 and exploiting the fact people have an extra $1200.

I wouldn't necessarily say this course is a scam but I believe it was made because these guys know everyone is going to have extra spending money at the moment.

Don't Learn From The Gurus 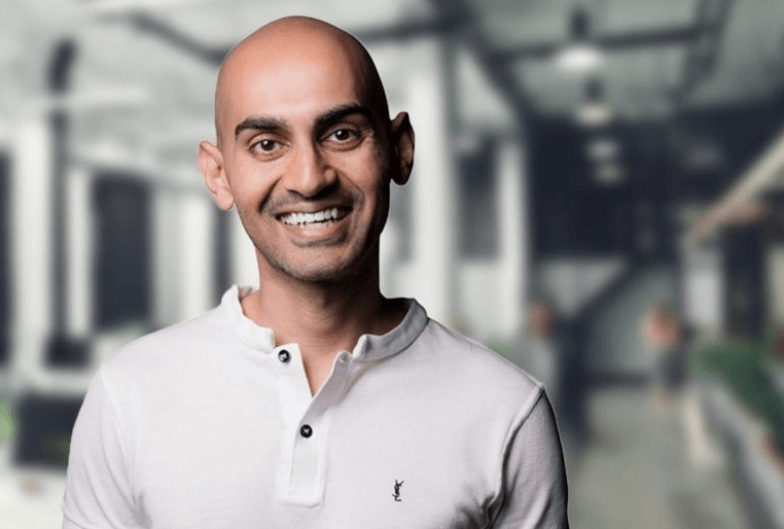 It's funny because in the sales video Cody Sperber said only to learn from the gurus because they're the most successful.

I find the opposite to be true.

Those are the most important tools the gurus have.

For example, Neil Patel is involved in this project. If you know anything about internet marketing you know Neil Patel.

Back when I first started with affiliate marketing I read all of his guides and blogs to try to make money following his advice.

Neil Patel can give you all the internet marketing tips in the world but it's not going to change the fact he's Neil Patel and you aren't.

If he starts a Youtube channel he'll get hundreds of thousands of subscribers overnight. It has nothing to do with his thumbnails, quality of videos, SEO tricks or anything like that.

People are going to watch his videos from start to finish and that gets him high rankings everytime.

That's not going to happen with you.

If you want to learn Youtube you should learn from someone who is successful but isn't a household name.

These people are the ones you are going to learn really good information from.

I just listened to people who were making 20k or 30k a month and knew how to do it without leveraging their name.

I built 4 websites that all made $2,000 a month in under 6 months since ditching gurus.

I've also taught probably 10 or so people how to make thousands a month too.

Same thing happened with them.

Neil Patel's is best for brands that are huge and have a lot to spend - not for the little guy like you and I.

Some Of These Guys Scammed Kids 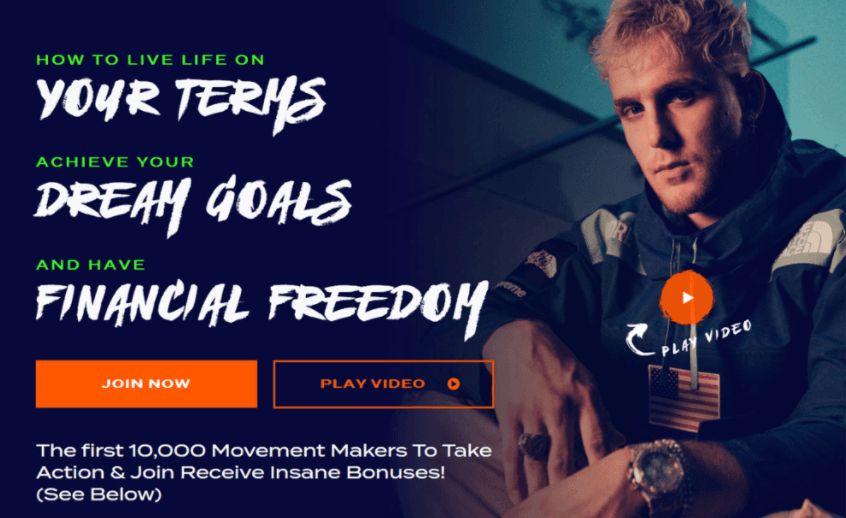 He's a pretty obnoxious Youtube star who has a very young audience (13 and under).

It's almost the EXACT same course as this one. You pay money and you get various "training" from marketers in different fields.

It was wildly considered a complete scam (I thought it was too). It was especially bad because Jake Paul really had nothing to do with the course and it was basically just a way for marketers to access Jake Paul's very young audience.

Many of the people involved in Financial Freedom Movement are also involved in 100 Million Academy.

Some of these guys include Billy Gene, Anthony Morrison and Adrian Morrison.

In Financial Freedom Movement these three basically just used old training and pretended it was new. It was also meant to get kids to invest in other courses these guys offered that cost thousands of dollars.

Here's a video breaking down these three's involvement in that "training:"

It's been proven another person in both programs named Mark Lack buys social media followers to make it seem like he's more popular than he is.

It gets worst, though.

You know who else was involved in this sketchy project? ONE OF THE FOUNDERS Of 100 MILLION Academy.

Dan Fleyshman is one of three people who is credited as being a founder of 100 Million Academy also was involved in Financial Freedom Movement.

Here's a breakdown of his involvement in this course:

The whole premise of 100 Million Academy is that a bunch of successful millionaires are only charging you $100 and in return are going to give you world class training and help.

Do you really think you're going to get that from a guy who tried scamming kids?

This Is Just A Sales Funnel

I know it sounds nice that all these successful guys would come together and teach you how to make money for cheap but that's not what's happening.

The training you get here is going to be as basic as humanly possible.

It's more just an overview of different money making methods but it's not enough to actually start making money with any of the methods.

Think about this for second:

One of the instructors is Kevin Zhang 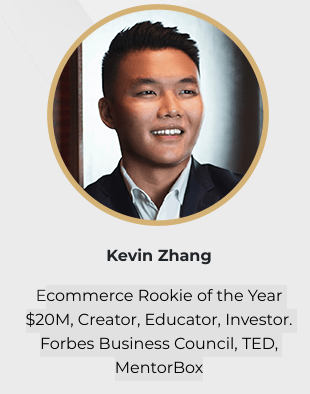 In fact, he just released a course a few months ago called Ecommerce Millionaire Mastery.

This course is popular too and it's one of the 10 most viewed course reviews I've written about (I have hundreds of reviews on this site too).

Do you really think you're going to get the same level of training in 100 Million Academy from Kevin Zhang that you would in his $1997 course?

This is the case with basically everyone here.

Almost all the people involved in this course all have thousand dollar courses or consulting fees that are several thousands dollars per half hour phone call.

Just like with Financial Freedom Movement the people involved with 100 Million Academy are doing this to get you to buy their more expensive courses.

There's really only one thing I like about this course:

​It's not too expensive

Would I buy this course or suggest you do? No.

I review scams for a living. I have seen A LOT of them pop up in the last couple of weeks.

Some are gifting ponzi scheme called Blessing Looms and I've seen some pyramid schemes too.

The sales video for 100 Million Academy mentions Covid-19 and how now is the time to invest in yourself blah blah blah.

The guys associated with 100 Million Academy are wolves.

They know understand the spending habits of Americans and know that most people are going to be itching to spend their $1200 stimulus checks.

This course mentioning Covid-19 and basically launching the EXACT same time stimulus checks going out is a red flag.

Sketchy people are involved in this

Financial Freedom Movement was widely mocked and basically universally called a scam when it launched a few months ago.

It targeted kids, the training was recycled and old and overall it was just really low quality. Also, it was loaded with upsells that cost thousands of dollars.

The worst part is it targets kids that are under 18.

Many of the same people in that course are involved in this one. One of the founders of 100 Million Academy is involved with Financial Freedom Movement and he is one of the worst offenders!

The concept of both training courses is basically the same too.

The training is low quality

The guys involved are super successful here but you're not getting their best training.

Almost every person involved with 100 Milion Academy has training or services that cost thousands of dollars.

This is basically an intricate sales funnel. You get very, very basic training here and then seek out the people involved to find their good courses.

Of course those ones will cost your entire stimulus check.

Is 100 Million Academy A Scam?

I don't know if scam is the right word.

I certainly wouldn't spend $100 here because you'll have to buy more courses down the road to actually make any money.

Judging by the traffic growth in the last month this course was put together fast to capitalize on the extra cash people have from the stimulus check.

If you have no idea what kind of business to start and just want to see which is best for you maybe this course could be worth it.

But if that's the case I wouldn't buy a course down the road from one of the people involved with 100 Million Academy.

In almost every instance you'll find competitor training that's not only better but much cheaper.

Don't ever learn from a guru!

100 Million Academy isn't worth your money or time.