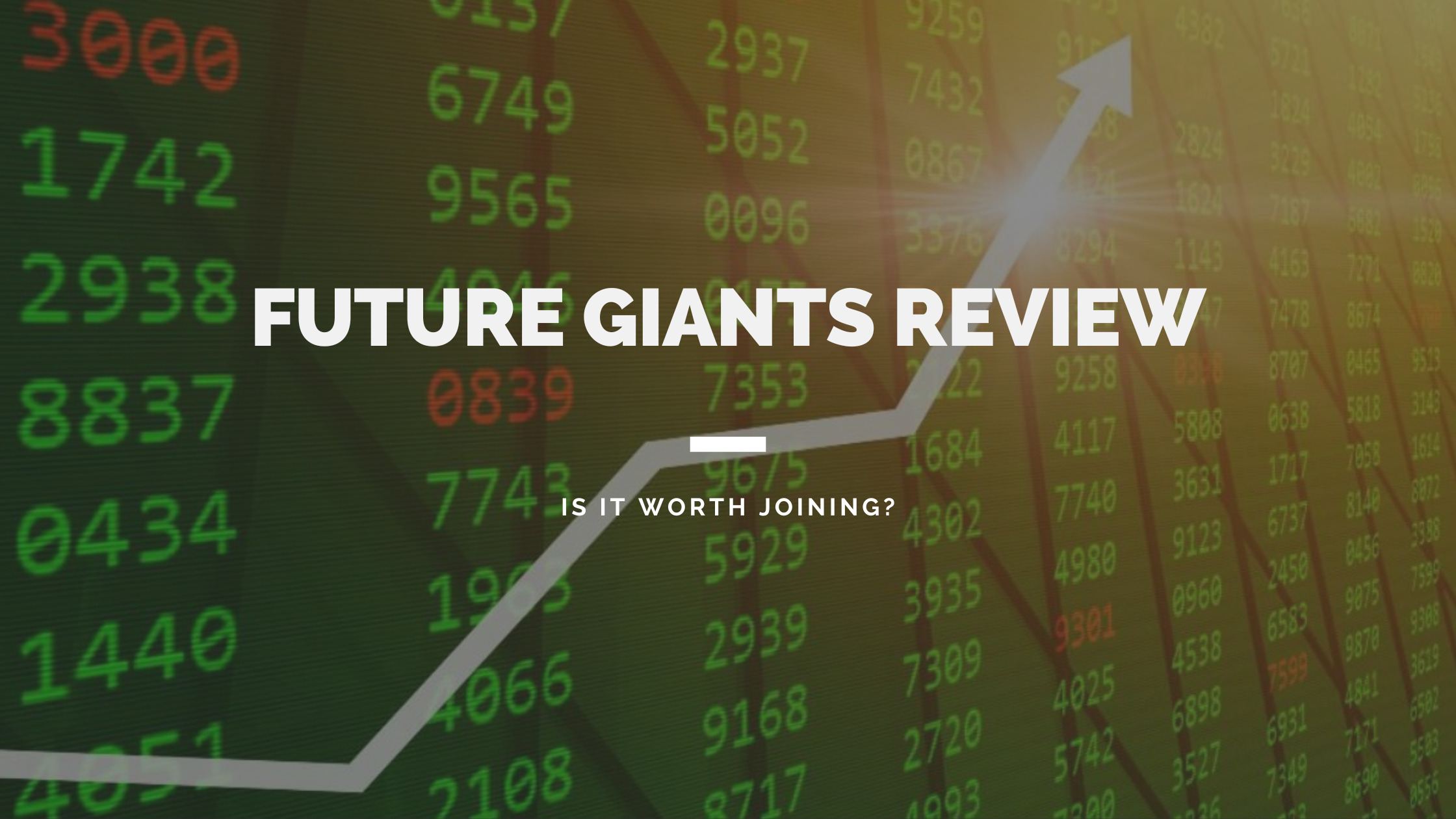 Future Giants is a new investing service at Angel Publishing - it's headed by Jason Williams.

It focuses on small cap companies and Jason claims they can make you a fortune.

If you're here I bet you're a little skeptical of the pitch and want to know if it's a scam.

Plus it's pretty pricey.

Congrats on doing your due diligence - your research will pay off with this review.

Below you'll find everything you need to know about this newsletter and whether it's worth buying.

So take a few minutes and read everything below.

Future Giants isn't worth buying in my opinion.

The creator, Jason Williams, doesn't have the best track record and microcap stocks are very difficult to predict.

To top it off the price is just too much for me to recommend.

Better opportunity: I've reviewed all the best places that teach picking stocks.. to see my favorite place to get stock ideas (that costs $1), click below:

Not Another Agora Product!

Agora is the biggest distributor of financial newsletters in the country and they own dozens of publishers, selling hundreds of newsletters.

There's a good chance if you encounter a stock picking service it comes from Agora.

The problem with this is Agora is not a good company.

In fact, I'd go as far to call them one of the worst companies in America.

Check out what they just had to pay millions in fines for doing:

Both are obvious lies and got them in trouble.

$2 million is nothing to a company like Agora, though.. they make hundreds of millions every single year.

It hasn't changed their marketing strategy or the type of products they sell either.

As Truth In Advertising points out, they're still targeting the elderly with their scams:

They're constantly pumping out product after product too.

Future Giants is their newest.

This one is used as an upsell to anyone that buys the cheaper products from Angel Publishing (owned by Agora).

They sell affordable newsletters for under $100 a year.

After you buy they target you with these expensive upgrades that cost thousands a year.

Typically these expensive services are never worth it and it's usually the cheaper newsletters that perform the best.

So if the past is any indication of the future, Future Giants will not be worth its price tag.

Recommended: The Best Place To Get High Performing Stocks

The whole point of Future Giant's is they're going to find you microcap companies to invest in.

Someone I trust a lot said investing services tend to do this stuff when they charge thousands of dollars a year.

People don't want to pay thousands and then hear they should invest in Tesla.

The problem is microcap investments rarely work out.

Sometimes you hear stories of massive paydays from penny stocks like Monster Energy or Apple Computer but those are extremely rare.

As the SEC points out, these kind of investments are ripe for fraud and manipulation.

Another video from SEC quickly describes this:

The idea of finding the next Apple is a romantic notion, especially if you can buy the stock for under $1.

But it's borderline impossible to find companies like that with microcaps.

You're much more likely to lose the money you invested.

What Is The Newton Battery Jason Is Teasing?

They way Agora and many other newsletter publishers market their services is to put out teaser presentations.

These presentations focus on a company or industry and hype up a stock pick.

However, they don't reveal the stock pick.

The point of the presentation is to get you to buy the service and then the company being teased is revealed after.

That's probably how you heard about Future Giants in the first place.

The current teaser for this newsletter is a pitch called Newton Battery.

In the pitch Jason says this company holds the power to the future of energy and will create batteries that last forever.

He goes on to claim the Swiss and Saudis are already using this technology and Bill Gates is somehow involved.

The best part is the company is only $10 to invest in.

The good news is after some sleuthing, I was able to figure out the company so you don't have to invest $4,999 to see it. 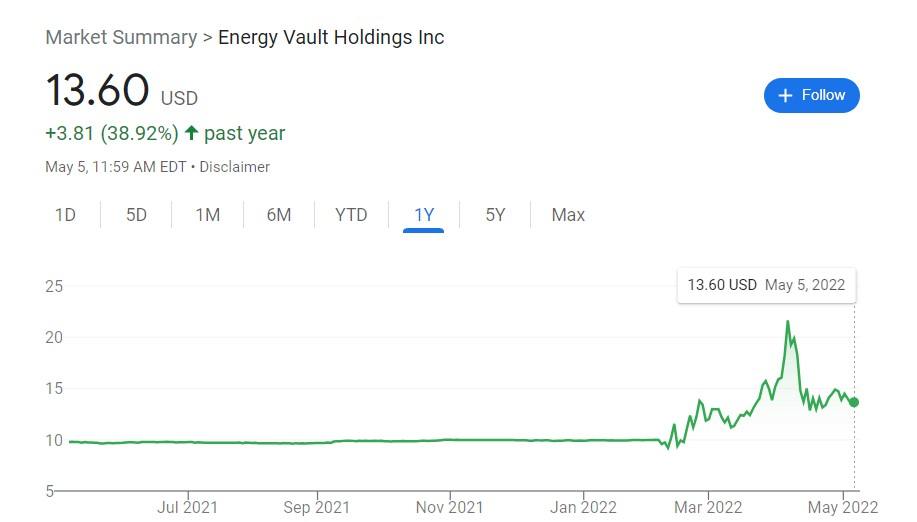 The reason you see a pop in stock in February is a SPAC deal just completed with the company.

There's a lot of unknowns with Energy Vault Findings, though.

The biggest problem is they haven't reported any revenue yet and will in a few weeks.

Once the numbers are available to look at then you should decide if the company is worth investing in.

Recommended: The Best Place To Get High Performing Stocks

Jason Williams' doesn't have that long of a career with finance.

He claims he worked for Morgan Stanley for two years and then started working with Agora.

Jason has been there ever since and most recently was the editor for a newsletter called The Wealth Advisory.

The bad news is this service gets very bad reviews and out of 78 votes, it only has a 2/5 rating: 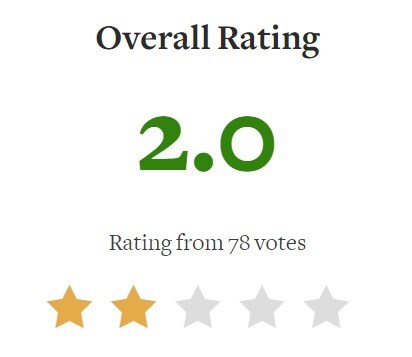 In the past Jason has done a bunch of teaser presentations for this newsletter.

These are exactly like the Newton Battery presentation we just covered.

You can get a good idea how Jason has performed in the past by looking at these teasers and whether they were good picks or not.

Here's a handful from the last few years:

Electric gas is just a fancy term for solid state batteries and Jason claims there is a tiny company in this market that could make you rich.

The company is QuantumScape.

Here's how the stock has performed in the last year: 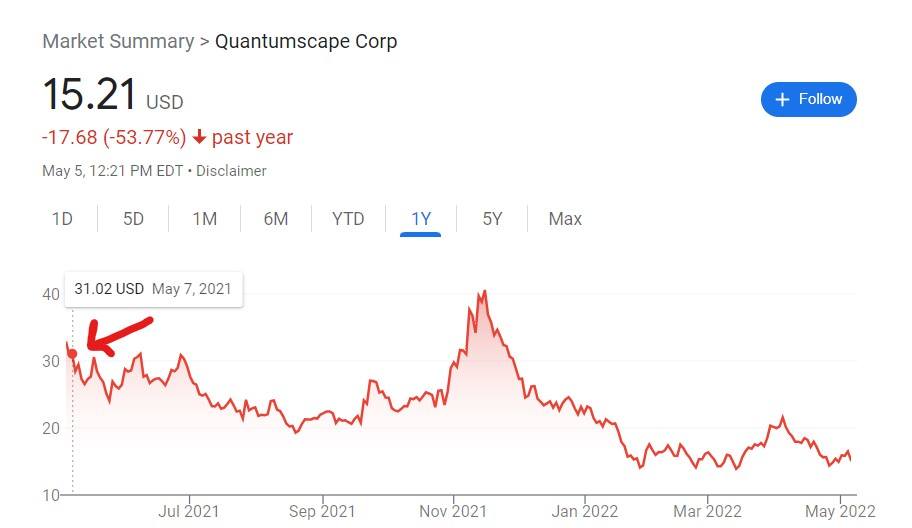 The stock had a small pop a few months later but nothing big enough that would have made you sell.

In less than a year the price dropped by over 50%.

So anyone that invested likely lost half of what they put in.

A few months before the previous pitch Jason was marketing a company he claimed would be making "America's largest media companies pay through the nose."

He was talking about Uniti Group and referred to them as a "5G Tollbooth." 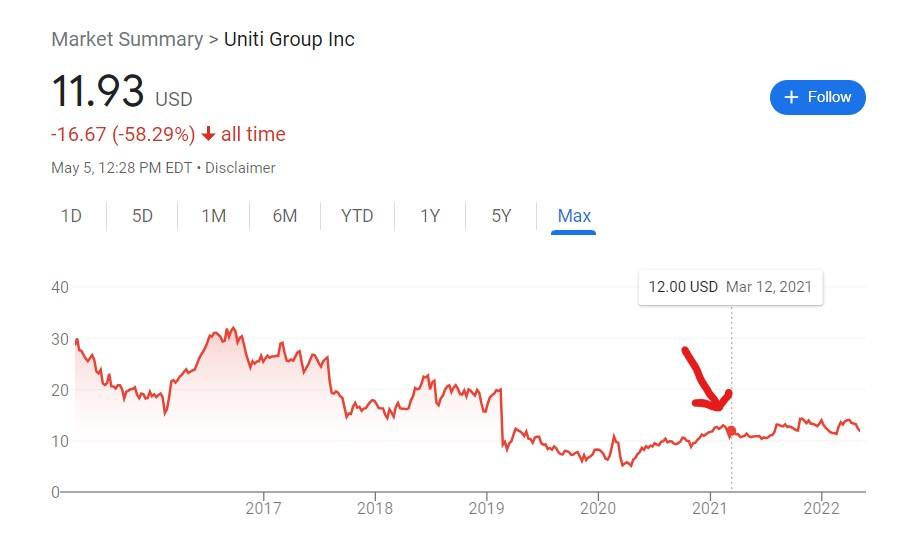 The good news is it hasn't dropped in price since Jason recommended it like the previous pick.

However, it's pretty much hasn't moved in over a year.

The last stock we're going to look at is a company called Prologis.

This presentation is very overhyped and turns a simple concept into a magic sounding one.

The presentation boldly claims "richest main in history forced to give back."

He's referring to Jeff Bezos, who at the time was the richest man.

Prologis is a warehouse real estate company that pays dividends and Amazon rents some warehouses from them.

Despite the overhyped pitch this stock has done really well: 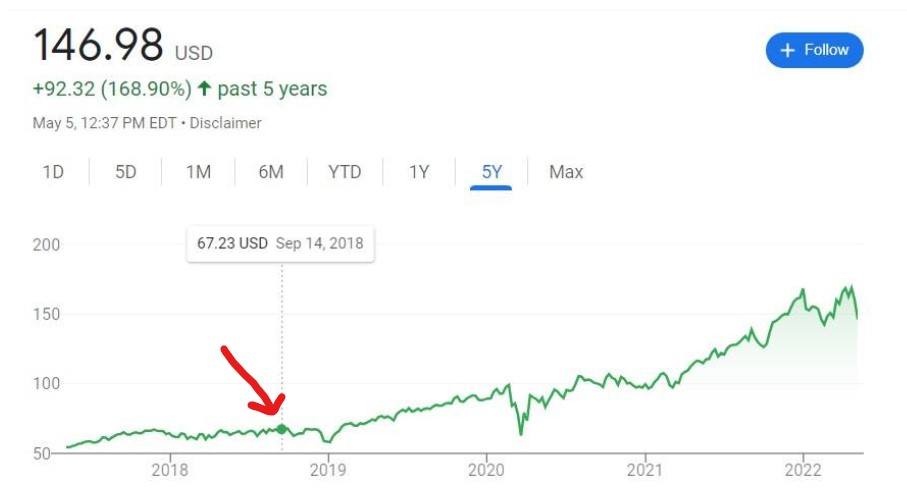 The stock has doubled in price while paying out dividends.

Anyone who invested in this stock would be very happy.

You'll notice this is the only company that wasn't a microcap of the three stocks.

Prologis is the biggest company in its sector and is four times the size of its largest competitor.

Bigger companies will always be easier to invest in.

What Is Future Giants Offering?

Here's a breakdown of everything that you get:

The is the main part of the offer and is basically what you're paying for.

You get weekly issues of the newsletter and each one focuses on new trends in the microcap world.

However, you will only get 1 stock pick per month.

This stock pick will come with buy prices and all the information you need to make the investment.

The is the other main part of the offer.

Once you sign up you'll get access to the entire model portfolio, where you'll see all of Jason's picks.

With these picks you'll get information on what price to buy the stocks and sell.

Along with the portfolio you'll also get updates.

So if something big happens with one of your investments you'll get instructions on what to do.

You'll also get a monthly video from Jason.

This monthly video looks at the portfolio and covers news regarding the open positions.

Still have questions about Future Giants?

Here's some answers to any questions you have:

1) How Much Does Future Giants Cost?

Future Giants is hefty and at the moment costs $4,999 per year.

However, I've seen in other places that it costs $1,999 for a lifetime membership.

It's not uncommon for Agora to test a few different prices to see what people are willing to pay.

Either way I think it's too much.

Microcaps aren't a smart investment and there's a good chance that you lose money with these picks.

Look at the microcap picks Jason made in the past.

Both were losers and the only good one wasn't a microcap.

The truth is it's impossible to gauge these small companies because there's so little information out there about them.

Plus there's a lot of fraud and manipulation in penny stocks.

Yes, there's a good refund policy and you get 90 days to get your money back.

Usually these expensive services don't come with a refund policy.

So it's good to see this one come with one.

It's hard for me to really say anyone that works at Agora is legit.

The company is so terrible and they use such unethical marketing - I can't imagine anyone truly legit working for them.

Additionally, Jason has been with Agora most of his professional life.

He claims he worked for Morgan Stanley for a couple years but I couldn't find any proof of it.

Lastly, his stock picks haven't performed that well in the past.

His other service has dismal a 2/5 stars and likely hasn't made people money.

4) How Much Should I Have To Invest?

The good news about microcap companies is they're inexpensive.

Some will only cost a few dollars.

However, make sure you're comfortable losing with whatever you're investing.

These are very high risk investments.

5) Are There Similar Companies?

Here's a bunch that I've done:

They launch a new product like this every week and this one targets Angel Publishing subscribers.

In the end it's all about making money.

If an investing newsletter can help you profit then it's worth it.

However, I don't think Future Giants will be able to do that.

Jason Williams doesn't have an impressive track record and microcaps are incredibly hard to succeed with.

You might hit on a couple but I'm willing to guess there will be more losers.

Because of this I'd pass.

Future Giants just isn't worth it in my opinion.. it costs too much and I think the odds of profiting are low.

The good news is there's plenty of alternative investing newsletters out there.

My favorite only costs $1 to try!

Capitalist Partner's Weekly Insider delivers weekly picks to your inbox. You can try them for only $1. Click below to learn more: