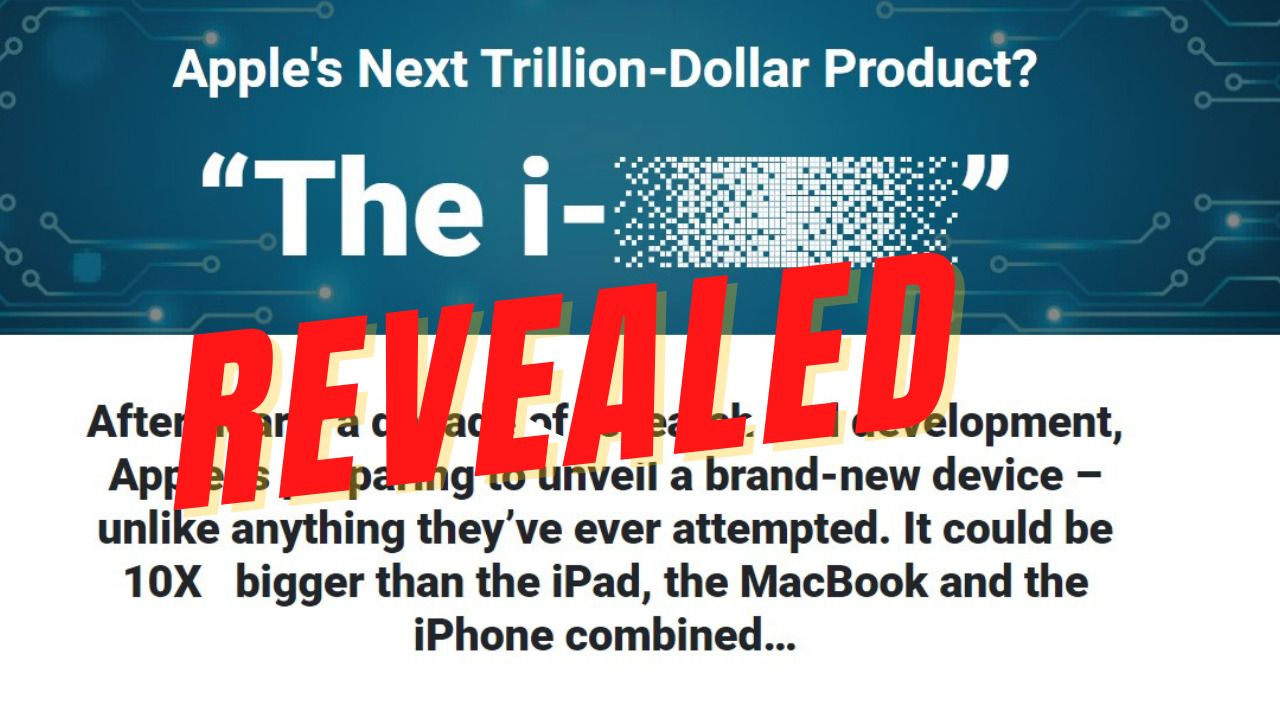 Today I saw a pitch from Luke Lango about a possible Apple Car stock - he's calling it Project Titan Prospectus.

The company in question will be supplying the fabled Apple Car in the future and Luke thinks the stock is going to explode.

Luke won't reveal the name of the company unless you buy his newsletter.

I have good news!

In this post I reveal the name of the company Luke is teasing.

Additionally, I'll give you some information on the stock so you can determine if it's worth investing in.

And you'll get some background information on Luke and his newsletter. 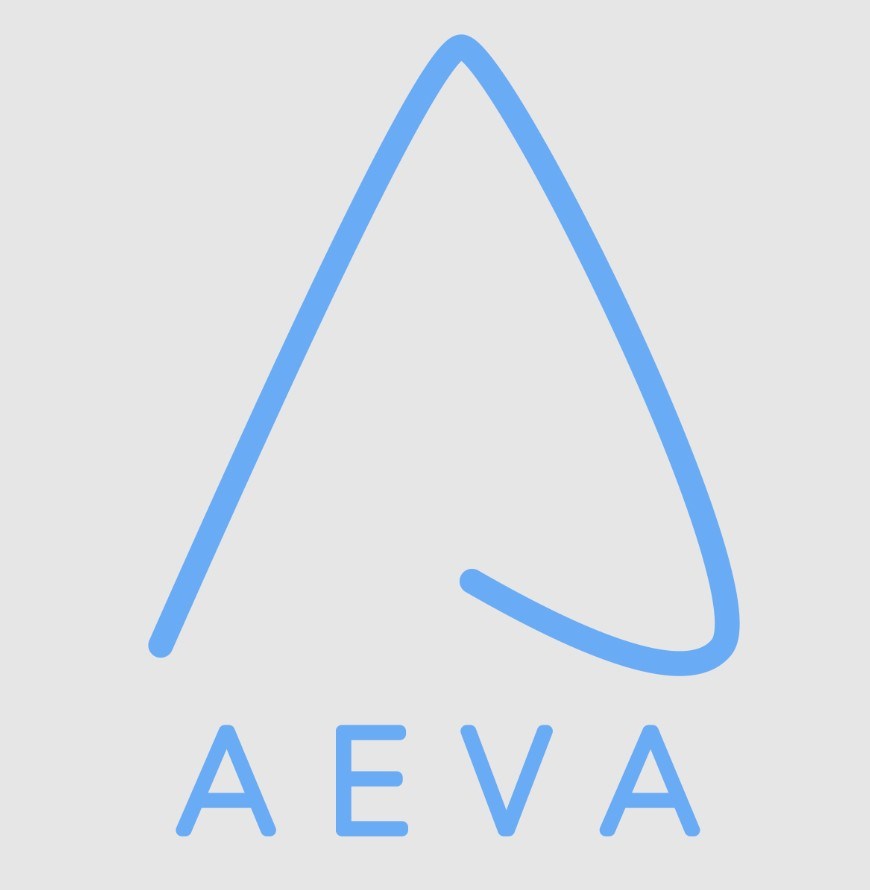 The company being teased by Luke is Aeva.

Aeva is a LiDAR company that helps autonomous cars drive.

A handful of these companies have gone public in the last couple years and it's probably too early to invest in any of them.

None of these companies are profitable and there's still way too many un-answered questions.

I'd keep on eye on the top LiDAR companies if you believe autonomous driving is the future and then invest when they begin making money.

Better opportunity: My favorite investing newsletter beats the market by 3X.. to learn more, click below: 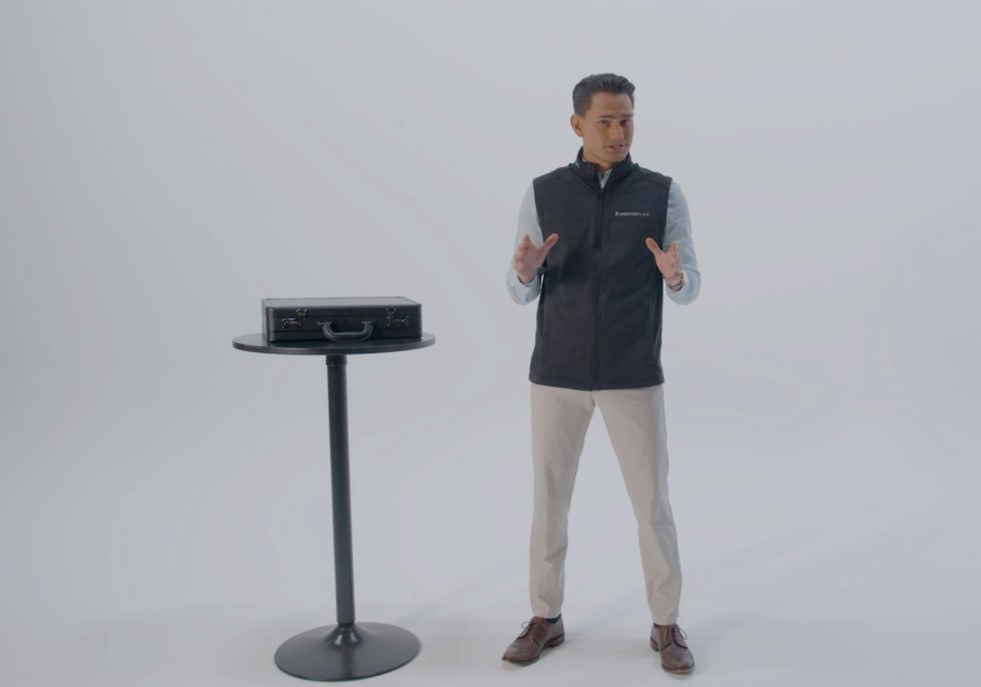 This presentation by Luke Lango starts out with Luke talking about Project Titan.

There's been rumors of Apple creating an electric car for a decade now and it's hard to tell if it'll ever actually be a thing.

Last I read they were just making the software and hardware for autonomous vehicles and not making cars.

But it's all under tight wraps.

Regardless if there is going to be a Apple Car it's likely years away.

Luke then transitions to explaining Apple's relationships with their suppliers.

Mainly he focuses on stocks that have exploded after partnering with Apple.

Here's a look at NXP Semiconductors and how it spiked after partnering with Apple: 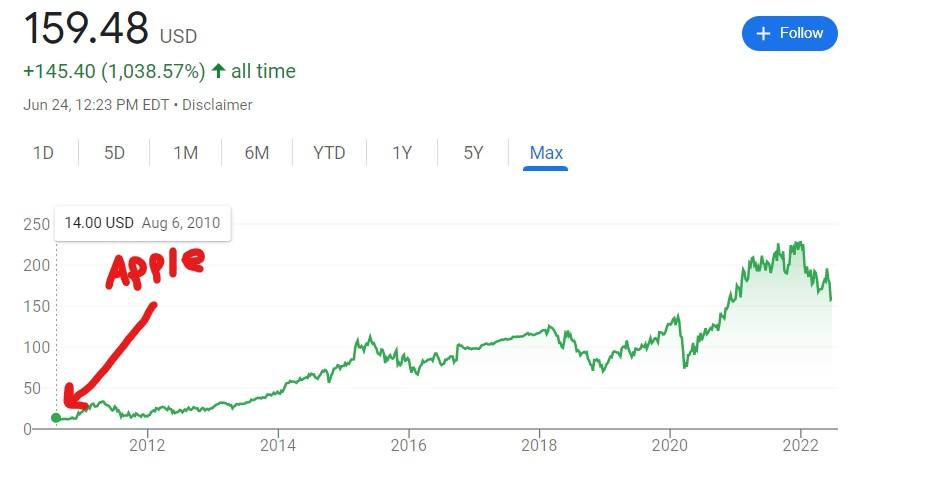 So the idea is a company will be partnering with Apple to help develop their car and their stock will explode.

If there truly is going to be an Apple car this is probably a good bet and there's plenty of history to prove it.

Next Luke starts talking about the company and dropping hints about it.

LiDAR works a lot like RADAR and creates images based on sending out signals.

Here's a video that explains the technology in simple terms:

LiDAR is used in autonomous vehicles to map the world so the car can drive safely.

After this Luke drops the hints that gives away the company.

There's only one company that matches all of these clues and it's Aeva (AEVA).

Aeva is headed by two former Apple employees, worked with TuSimple to create an autonomous truck, used by NASA to map the moon and the stock is under $5: 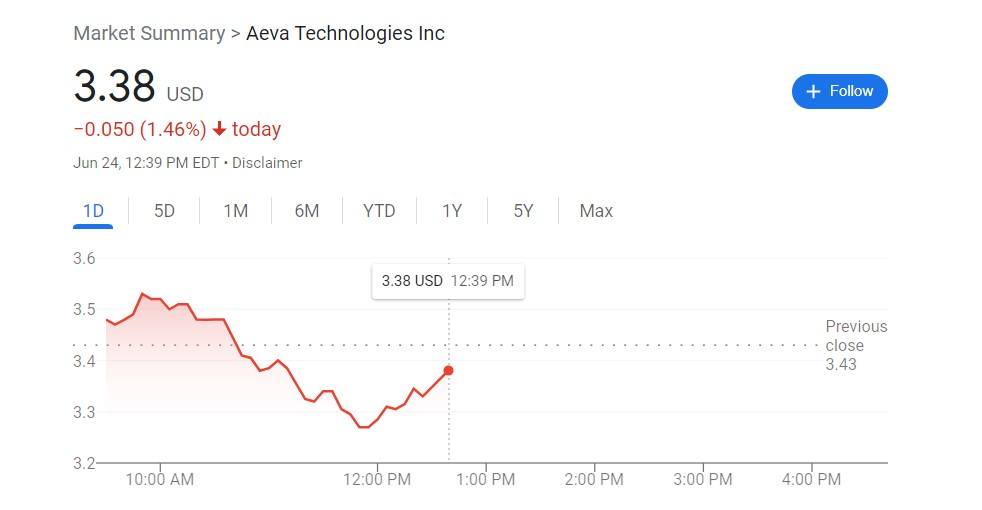 Now the question you should be asking is Aeva worth investing in..

We'll answer that in the next section.

Is Aeva Worth Investing In?

My overall opinion on Aeva and LiDAR stocks in general is that it's just too early.

There's many of these companies and more and more become public every year.

There's nothing that really separates these LiDAR companies from each other.

They all claim to have tech that makes them better than competitors but it's not really the case.

They all have their pros and cons.

Aeva, like all the other LiDAR stocks, isn't profitable right now and is years away from being profitable.

Earliest estimates are they won't be profitable until 2025.

Over at Stock Gumshoe, they made a chart of the stock performance of LiDAR companies and they've all pretty much crashed in price: 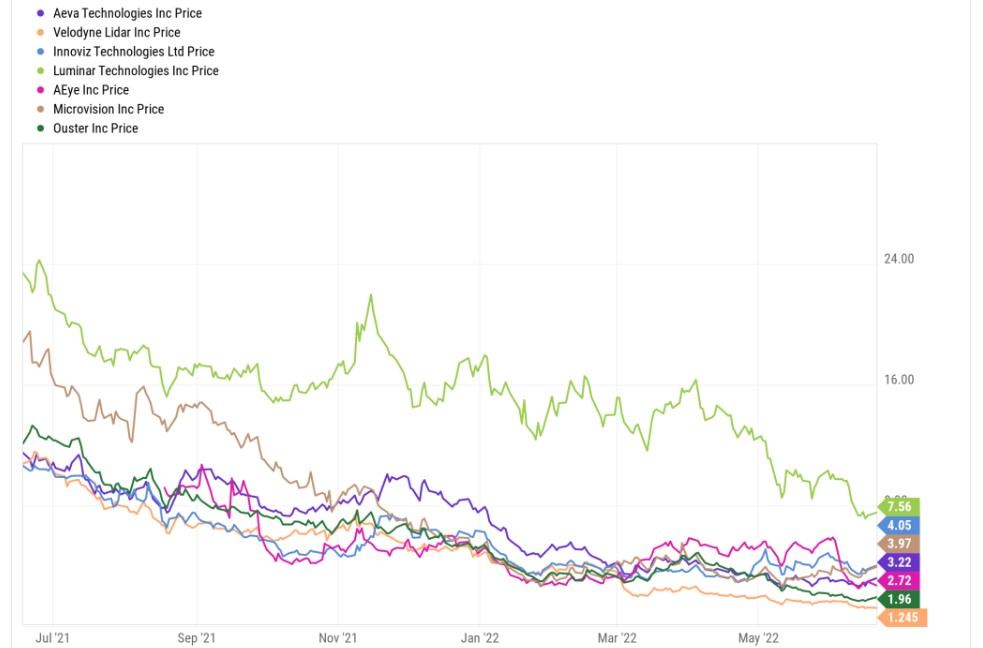 So they pretty much all have gone the same route in the last year.

If you believe in Aeva, now would be a good time to buy because their stock is so low compared to just last year when it was over $15.

I personally think LiDAR stocks will be profitable - one day.

But honestly there's no rush!

There's no harm in waiting to see which companies will be profitable and which will get the big deals.

Not all of these LiDAR companies will survive.

Some will go out of business and you'll lose your entire investment if you invest now.

If you sit back and wait you'll reduce the risk of that happening to you.

You may have to buy the stock at a slightly higher price but you'll still make money from it.

I'm Not A Fan Of Luke Lango

I reviewed his newsletter Innovation Investor and covered another stock presentation he did called The #1 EV Stock Of The Decade.

Personally I'm not a fan of Luke Lango.

His track record isn't great and every stock I've seem him recommend has dropped.

For instance, he's been recommending Ilika for a while and at first was calling it a $3 stock:

The stock has been dropping so he changed the marketing for the stock.. 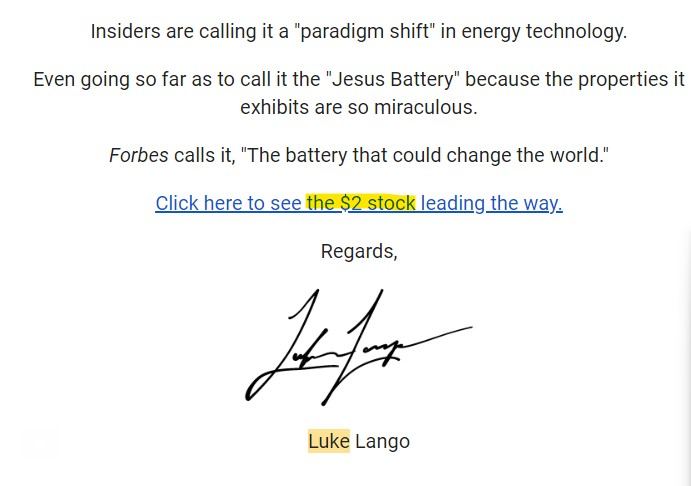 Let's check in on the stock now and see how it's doing: 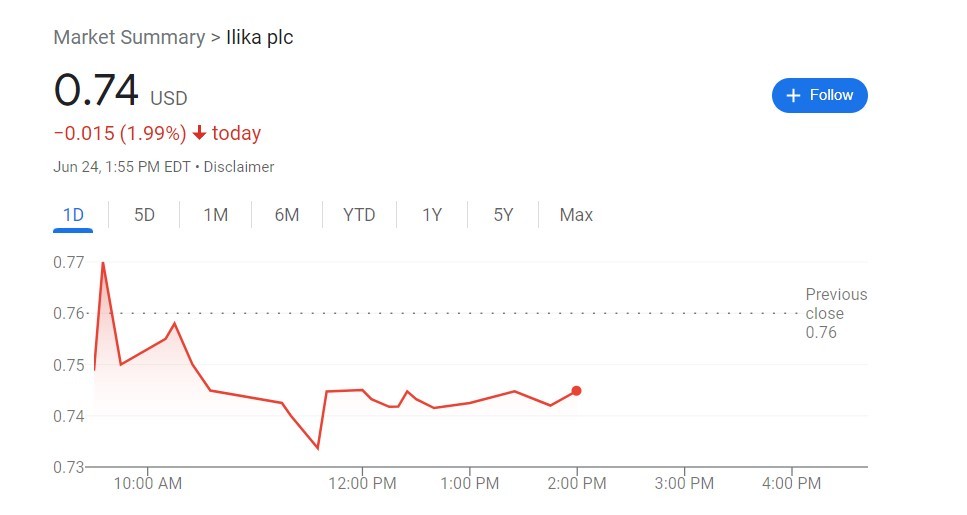 This presentation and Project Titan Prospectus have a lot in common too.

They're both suppliers in the EV market.

My advice when reviewing Ilika was to hold off because it was too early to invest in these stocks.

If you didn't listen you lost more than 70% of your investment.

Additionally, I have a big problem with Luke's publisher InvestorPlace.

InvestorPlace is the home of Louis Navellier who is a legitimate criminal and should not be allowed to sell stock picks anymore.

He was recently fined $30 million for defrauding investors about a stock: 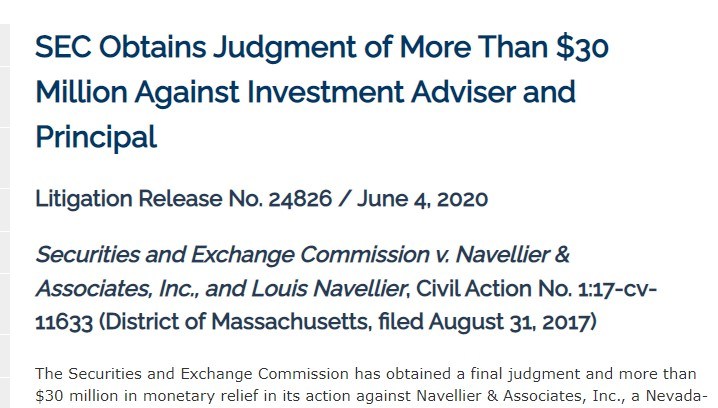 InvestorPlace still treats Louis like he's a trusted expert and he remains the face of the publisher.

If you buy Innovation Investor you'll be pitched Louis' products aggressively and some of them cost tens of thousands.

Best to avoid Luke and InvestorPlace all together.

I hope you enjoyed this post - I had a lot of fun writing it.

I always like to de-tease these presentations because I think they're highly manipulative.

The marketing for these publishers are incredible, I will give them that.

So now you know what the stock being teased is and how I feel about it.

I personally think investing in Aeva right now would be a mistake and there's no rush to invest in LiDAR stocks right now.

Maybe in a few years.

This is the opinion I had about Luke's previous presentation and it turned out I was correct.

I personally am not a fan of Innovation Investor either.

In the last 20 years it's beaten the market by 3X!

Motley Fool Stock Advisor is the best investing newsletter. Click below to get a special discount on this product: