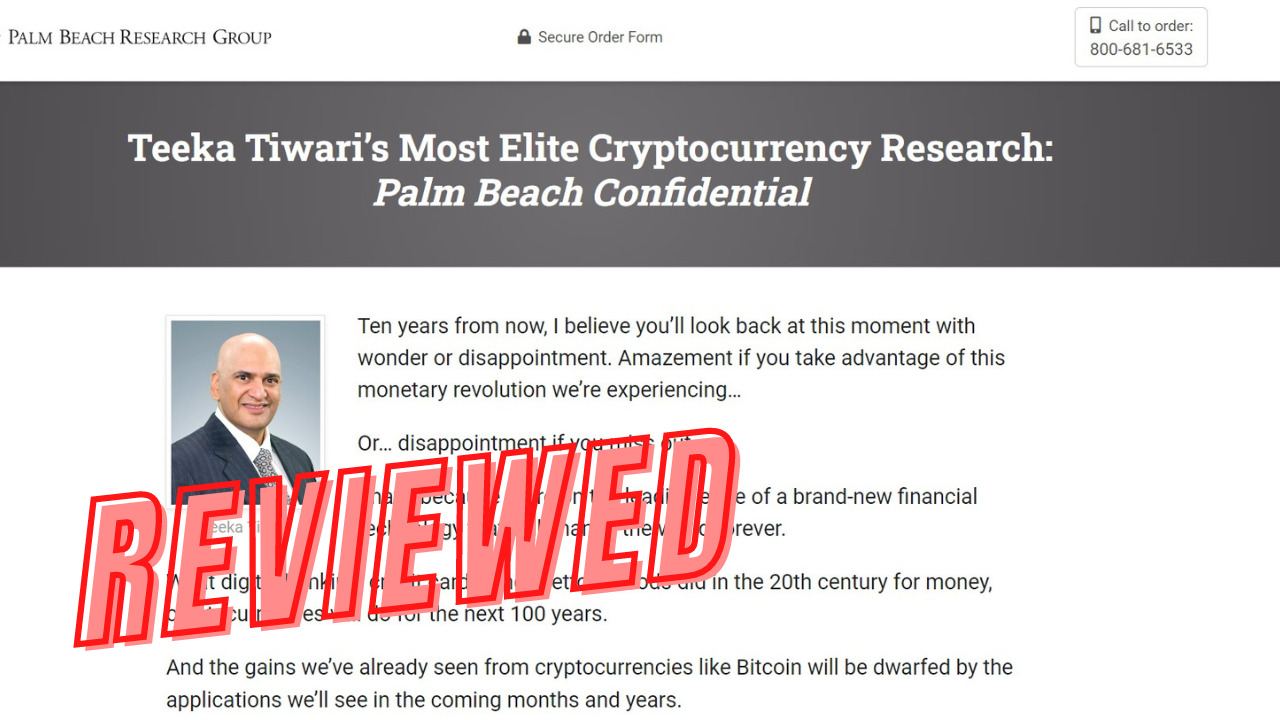 He has a lot of newsletters for sale and if you're here I'm guessing you're a little skeptical.

Is this a scam or legit?

We'll answer this question in this review.

Additionally, we'll dig into Teeka's past and talk about any red flags I find.

You'll get an overview of Teeka's stock picking ability and what's being offered as well.

You'll know if Palm Beach Research Group is worth it by the time you're done reading.

Teeka Tiwari is one of the last people I would trust to get investment advice from.

He is literally banned from Wall Street for being involved with so many fraudulent companies.

He recommends extremely risky investments like private placements and cryptos.

Before we get into what what Palm Beach Research Group is offering, lets take a look at some important background information.

Here's what I think you should know about this publisher:

1) Teeka Is Banned From Wall Street

There's a lot of unethical people in the investing world and it's never a good idea to blindly trust any of these stock pickers.

Having said that you'd have a hard time finding someone worst than Teeka.

Teeka is truly a life long scoundrel and some would say completely unscrupulous.

Why do I say this?

Teeka is literally banned from Wall Street and can never buy and sell stocks for customers ever again.

There's a group called FINRA that hands out licenses for brokers.

You can't work as a broker unless you are licensed by FINRA - they have the power to fine people and take licenses away.

You can search brokers records at FINRA and if you look up Teeka it shows he's been permanently banned from being a broker:

Teeka can't work with any company that buys or sells stocks for customers ever again, in any capacity.

The thing is FINRA doesn't do this a lot - both Republicans AND Democrats have called on them to do more in the past.

The reason Teeka is barred is he worked for multiple fraudulent companies that sold securities.

This includes working for McGinn, Smith and Co who's founders defrauded $65 million from customers and got sentenced to over 10 years in federal prison.

Teeka worked for Euro Pacific Securities which had mob connections and a couple other places that saw the owner go to jail.

Yeah.. so Teeka is not someone I would say is exactly trustworthy.

Another red flag about Palm Beach Research Group is the incredibly risky investments you'll find there.

Teeka rebranded himself as a crypto expert not that long ago and even calls himself "the most trusted crypto expert."

After digging into his past I'm going to have to say this isn't true.

One thing Teeka likes to do is recommend very unstable and small crypto coins.

These cryptos are very volatile and in many cases crash overnight - some are just straight up ponzi schemes and pump and dumps.

You'll see in in the next section how some of these cryptos have performed but I'll give you a hint: not well.

Private placements are unregistered securities and you're not allowed to invest in them unless you make hundreds of thousands a year or have a net worth over $1 million.

They're extremely risky and are the kind of securities that Teeka would sell back in his boiler room days.

I wouldn't get involved with microcap cryptos or private placements.

Palm Beach Research Group is not an independent publisher and instead is part of a much larger network.

In the past it was under the umbrella of the unethical Agora empire.

It's under the umbrella of Marketwise now, which is a publicly traded company that launched last year.

There's many former Agora publishers at Marketwise which is not a good thing.

The main reason this is a negative is all the publishers cross promote products.

So if you sign up for Palm Beach Research Group you'll be promoted products from InvestorPlace.

Why is this is a bad thing?

Well the founder of InvestorPlace was just fined $30 million for defrauding investors.

Many of these cross promotions are very expensive as well and I personally believe are marketed in unethical ways.

The sales presentations for these products are over the top, hyped to the moon and often times misleading.

Once you're in a Marketwise sales funnel you're treated more like a target than a customer.

This company will try to milk you of every dime they can.

It's honestly a giant headache.

The most important thing about someone like Teeka is if they can pick winning investment ideas.

We're going to look at a bunch of recommendations from Teeka to see how they've done in the past.

Back in June 2021 Teeka called three companies his "top picks for the 2020's is in a technology I call genesis."

The three companies he's talking about is Intercontinental Exchange, Square and AMD.

Here's how each has performed starting with Intercontinental Exchange: 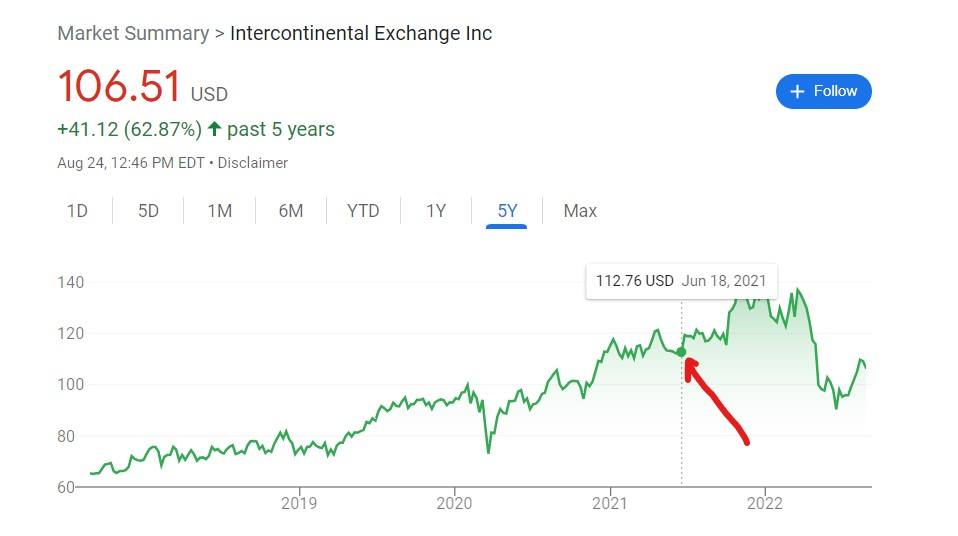 Tech stocks have had a rough year and this company wasn't spared.

It's down a bit since being recommended but is showing some signs of recovery.

Next up we have Square: 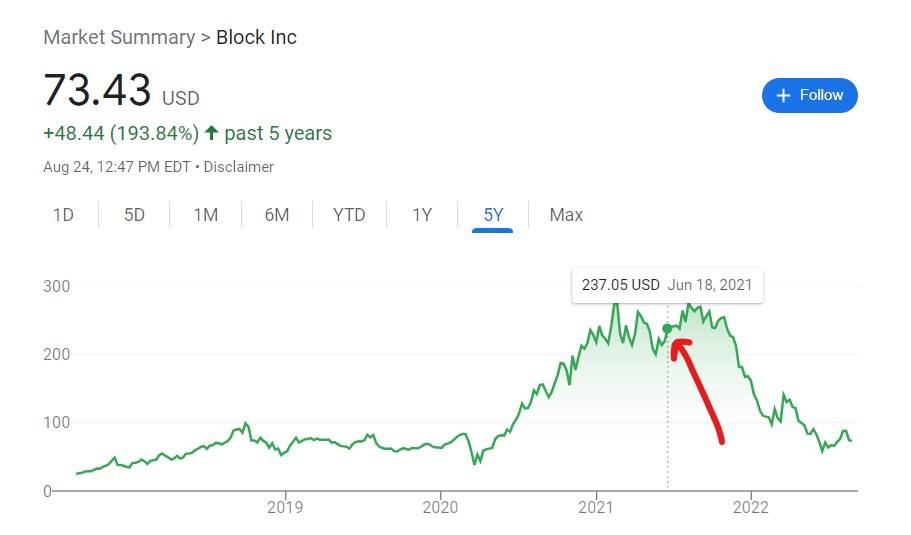 Square is a point of sale company for small to larger size businesses.

Most people believe this is going to be a good stock for the long term.

However, Teeka recommended it at about the worst possible time imaginable.

It's lost something like 70% of its value since Teeka recommended it.

Lastly, there's AMD which is a chip maker.

Here's how the stock has done: 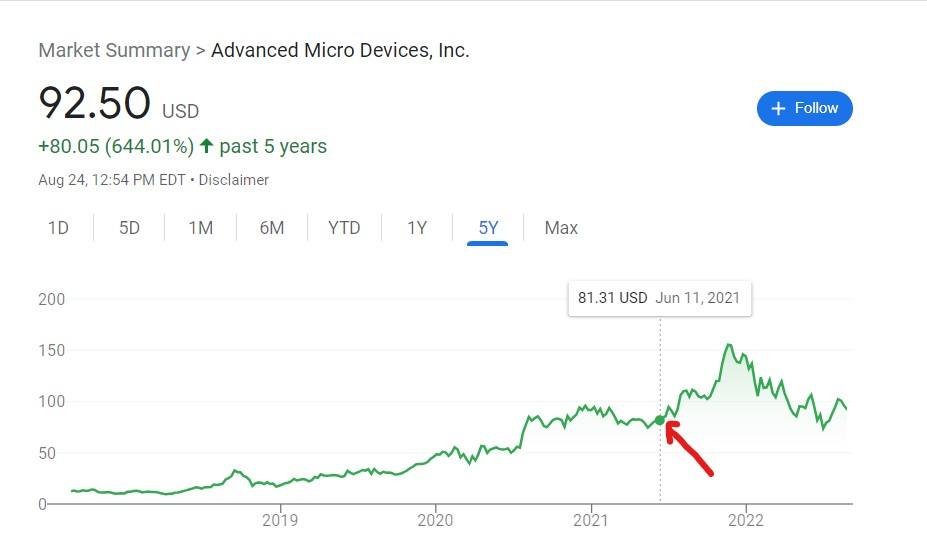 Of the three this is the only one that's up right now.

Right before the pitch we just looked at Teeka made a very similar pitch.

In it he recommends Intercontinental Exchange and Square - he also recommends a different chipmaker called NVIDIA.

NVIDIA is one of the largest companies in the world and makes headlines every once in a while.

Most recently they were in the news because Pelosi's husband bought a bunch of shares as Congress was trying to pass a chip bill.

Here's how the stock has performed in the last 18 months: 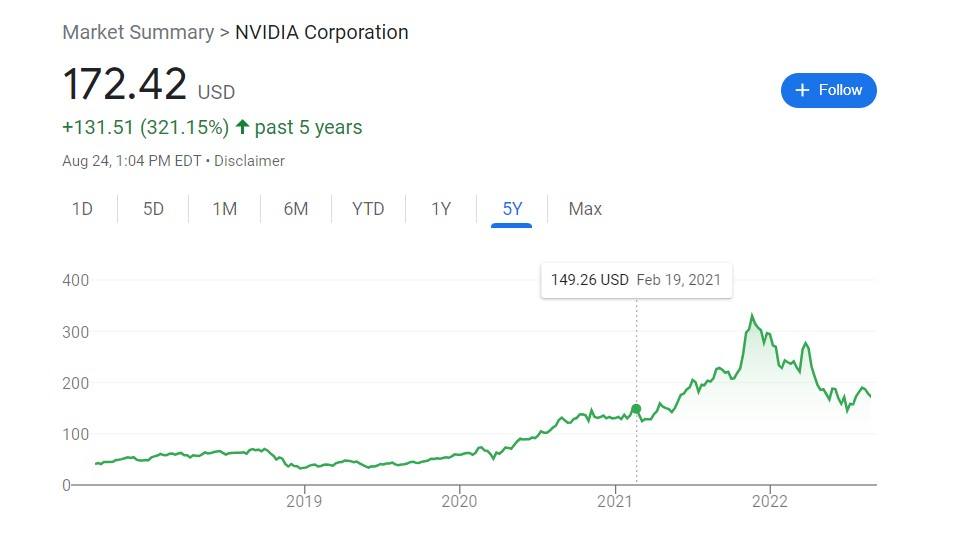 This stock has done pretty well and one point more than doubled.

But like all tech stocks this years it's come back down to reality.

A Bunch Of Cryptos In November 2021

A little less than a year ago "the most trusted man in crypto" made 6 recommendations for crypto.. he called these coins "catch up coins."

These were all smaller coins that Teeka claimed could get returns as high as 1000%.

Let's just see how much "trust" you should place in a guy like Teeka when it comes to crypto.

The first recommendation was MATIC: 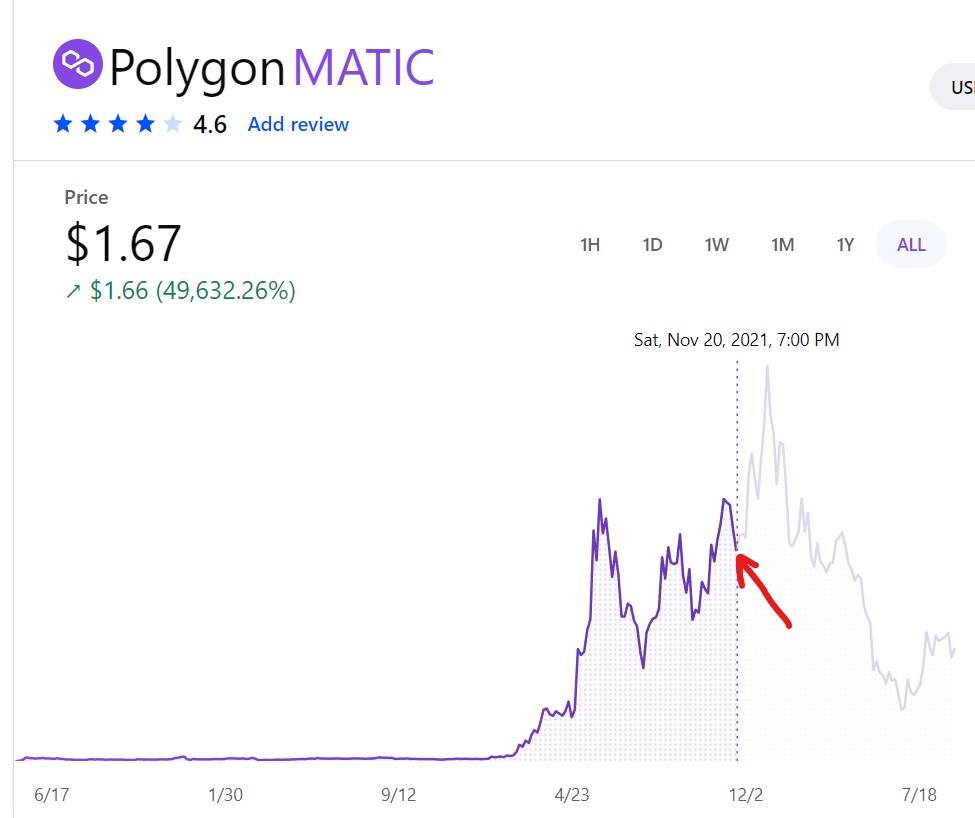 Next up we have CELO: 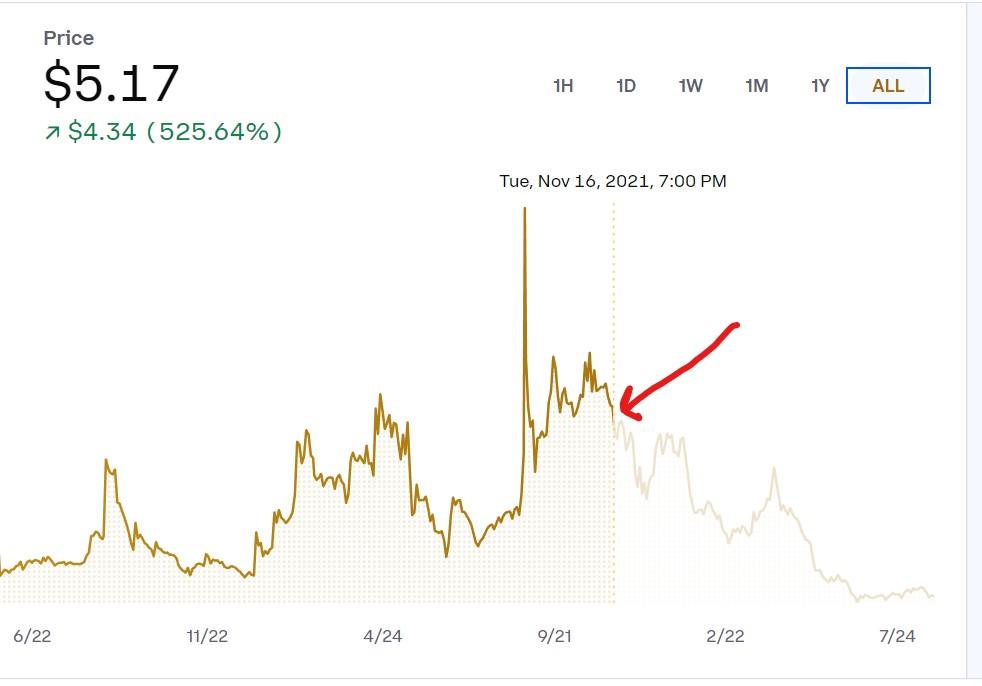 This coin was recommended at around $5 and is currently under $1. 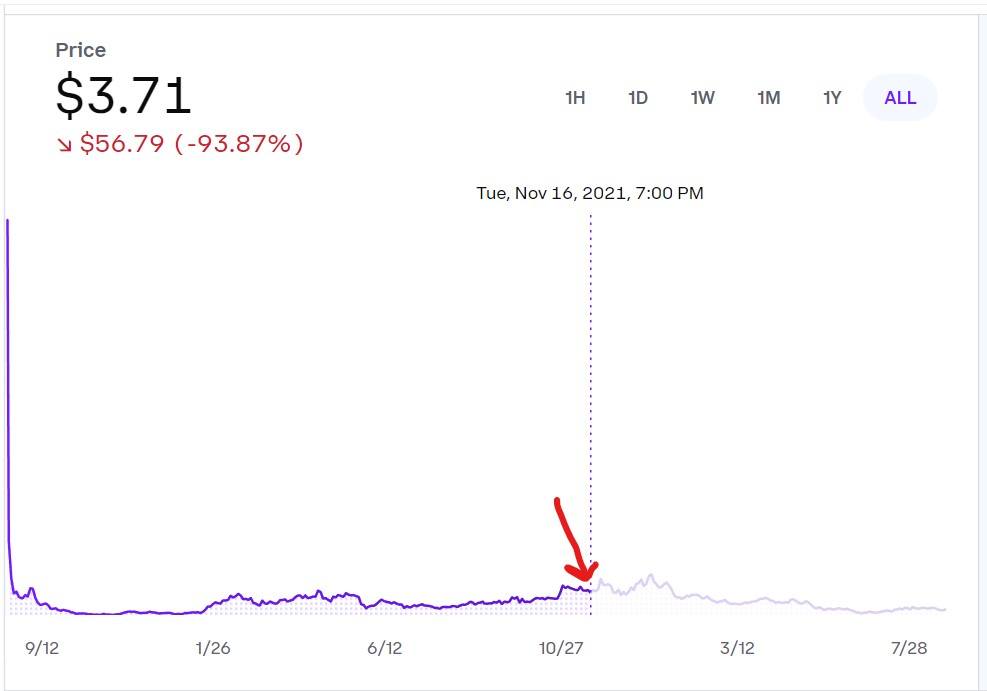 The fourth coin recommended was Ren: 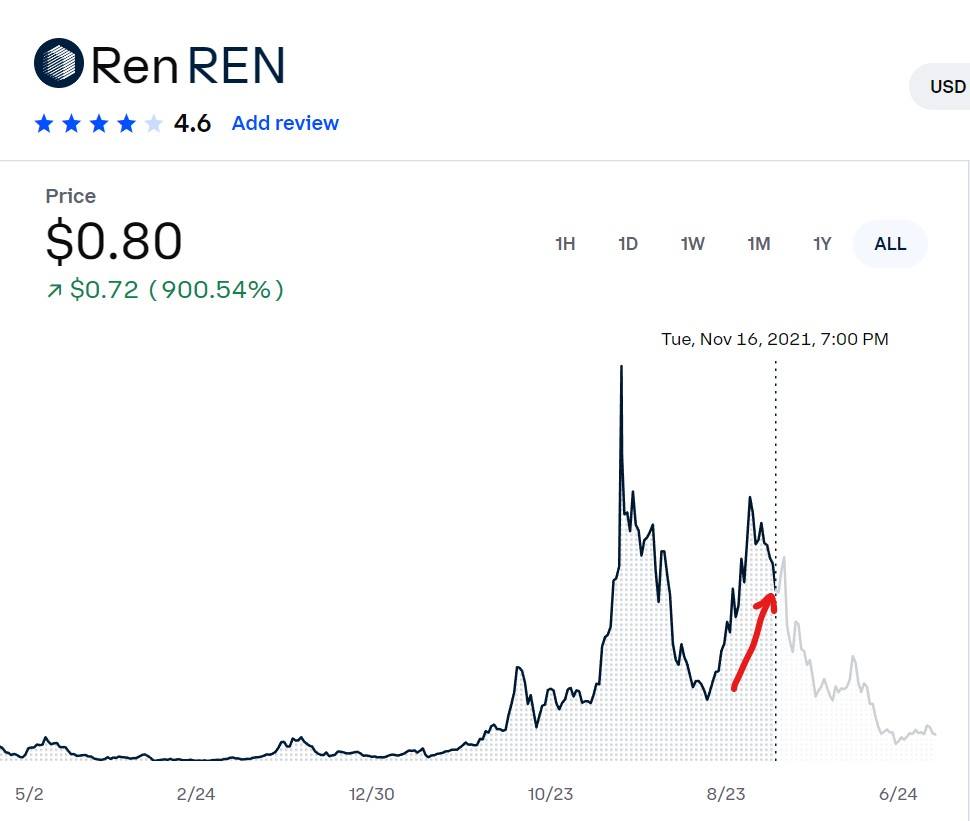 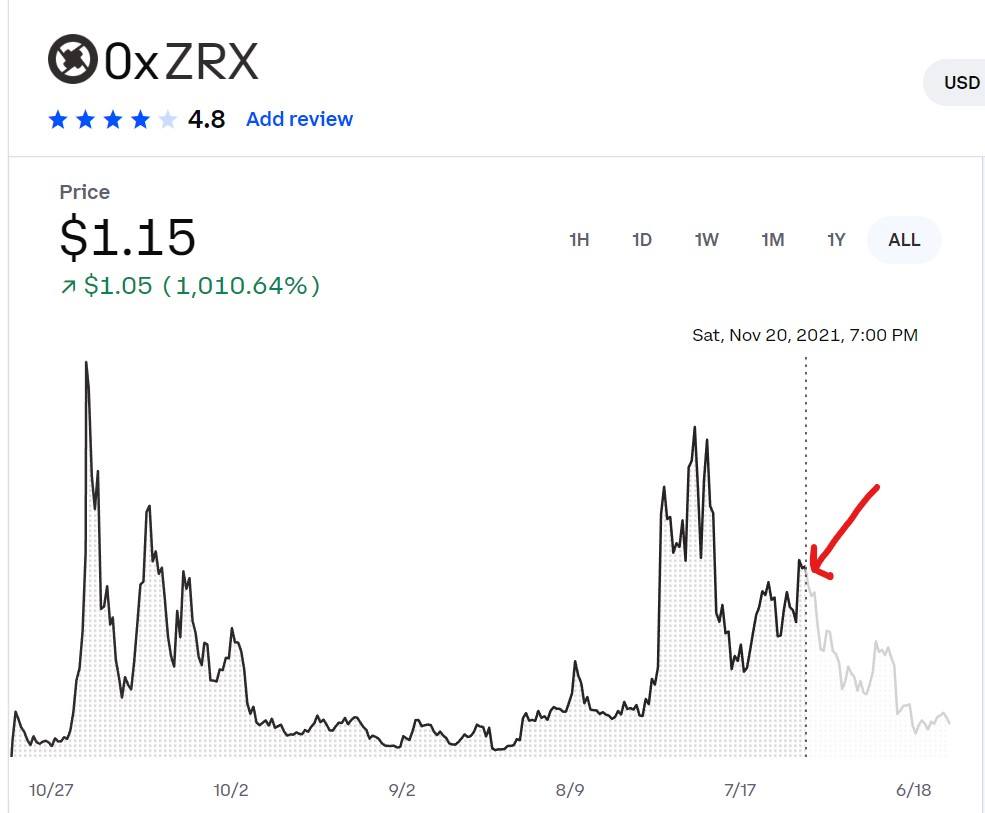 This is another loss of 80% in less than a year.

Last up is Lido: 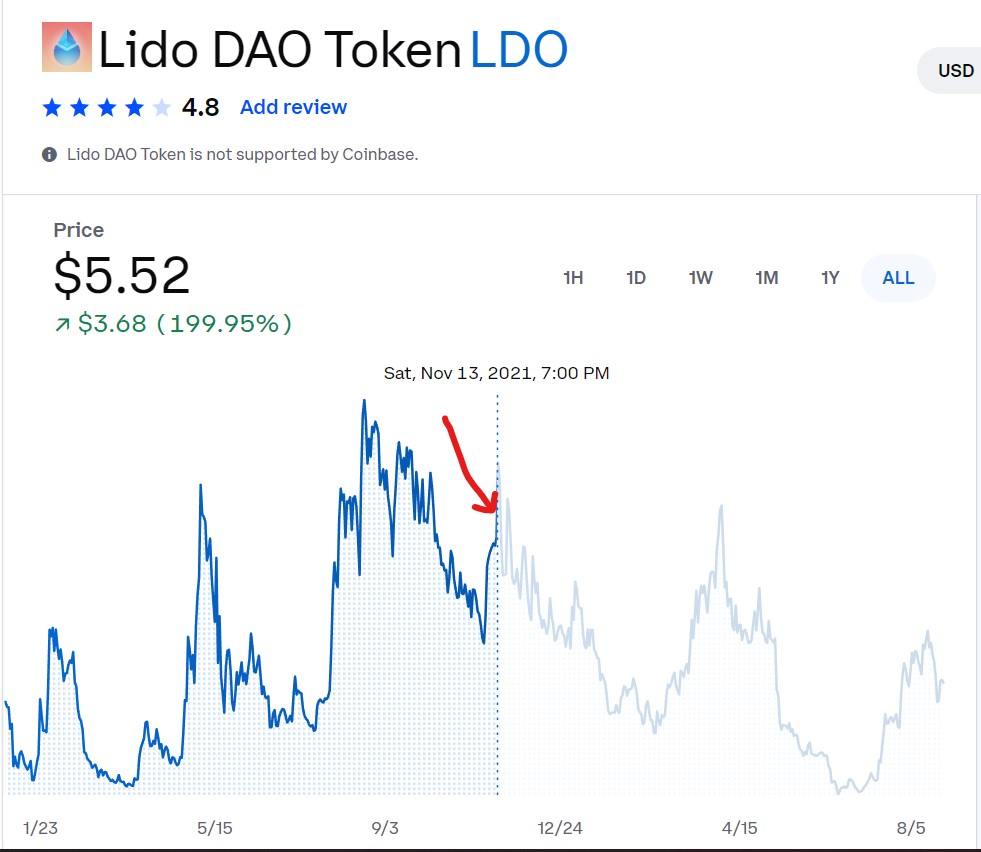 These all lost big and is really making me doubt Teeka's self proclaimed title as the most trusted crypto expert.

Here's an overview of their products.

Palm Beach Letter is the flagship product at his publisher and I wrote a separate review of this newsletter you can read here.

This newsletter works like every other introductory newsletter and you get the following:

This is really just a bait product, though, and is meant to get you into the sales funnel.

Once you're in the sales funnel you'll get promoted the rest of the products that cost thousands (and products from other Marketwise publishers will be promoted to you).

Marketwise makes $100+ million in revenue every quarter and they don't get those type of numbers selling $49 subscriptions.

They get them from the upsells.

So expect to heavily marketed this upsell if you get into the sales funnel.

This product functions exactly the same way that Palm Beach Letter does except its main focus is small cap stocks and cryptos.

As we saw earlier Teeka picks a lot of bad cryptos.

Palm Beach Crypto Income is another upsell and focuses on dividend paying cryptos.

These are cryptos that pay out in crypto.

This newsletter is headed by Greg Wilson and you get monthly newsletters, alerts, etc.

Alpha Edge claims to help you "beat Wall Street at their won game."

This newsletter focuses on income earning stocks that pay dividends.

This is a standard investing strategy that Teeka is pretending is something special.

Palm Beach Venture claims to help you get investments with 500X returns.

The strategy that Teeka is talking about is investing in private Pre-IPO deals.

These are the private placement deals Teeka got in trouble for selling to customers and what got him banned from Wall Street.

I'd stay away from this newsletter.

This newsletter works a little different than the previous ones.

The investments here are in "trillion dollar emerging trends" according to Teeka.

This is the last membership option and gives you access to all the services at Palm Beach.

Still have some questions about Palm Beach Research Group?

Here are answers to any remaining questions you might have:

The prices are the same as you'd find in any other publisher.

The rest of the products are overpriced and many suggest investments you should never get involved with.

Teeka does what every other Marketwise publisher does - he only gives a money back guarantee on his cheapest product.

The services that costs thousands only come with a credit refund.

This means you can only use the refund to buy other Palm Beach Letter products.

He spent decades swindling people with horrible security scams and worked for some of the most rotten companies on earth.

After getting banned from Wall Street he moved on to selling newsletters for Agora.

Now he's under Marketwise which employs fraudsters like Louis Navellier.

Even his investment recommendations don't seem that good.

The ones we looked at were mostly losers.

4) Are There Similar Publishers?

Sure I've reviewed a bunch of Marketwise publishers.

And there's plenty more that are basically identical.

You can probably tell from this review that I don't like Teeka.

I've written about him in the past and have been following him for years.

It's not just being banned from Wall Street either - it's everything about him.

He makes these gigantic promises and overhypes every investment idea he pitches.

In the end a lot of them lose money.

Just look at his crypto picks if you don't believe me.

Small cryptos and private placements are a bad, bad idea to invest in.

I'd stay away from Teeka.