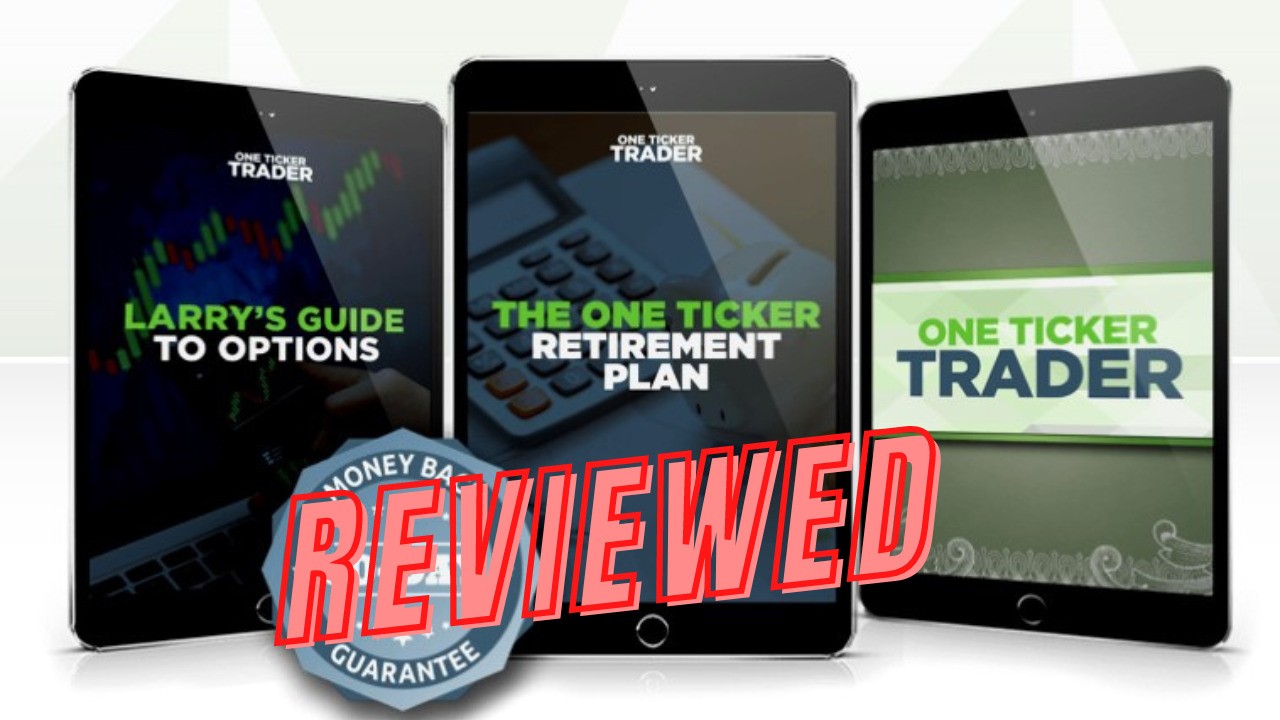 One Ticker Trader is the main investing service from Larry Benedict.

Larry claims you can leverage his 35 years experience to make money with his option alerts.

Is he being sincere or is this one big scam?

We'll answer that in this review and look at any red flags I can find.

You'll know if One Ticker Trader is worth it by the time you're done reading. 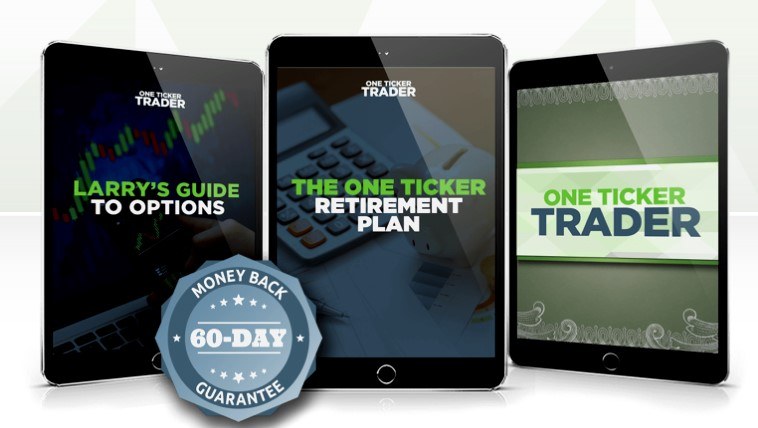 Larry Benedict has been around for a while and he's relaunching his services again.

In the past Larry's products have been badly reviewed and nothing much has changed this time around.

It's cheap to buy but it's only meant to get you into the sales funnel where you'll be pitched products that cost thousands and thousands of dollars.

To be honest there's nothing to really like here.

The Headache Of Dealing With One Ticker Trader

I did a review of the "publisher" that sells One Ticker Trader yesterday - this publisher is called The Opportunistic Trader.

The thing is The Opportunistic Trader is not an independent publisher and is owned by a much bigger company called Marketwise.

I learned about One Ticker Trader because I got an email promoting it from Jeff Clark Trader, another service under the Marketwise umbrella.

It's important you know this because Marketwise is going to try and get every penny from you that they can.

So while you may think One Ticker Trader is cheap at $19 for the first year, it's not.

Marketwise makes over $500 MILLION in revenue every year - they're not reaching this number selling $19 subscriptions.

The goal is to get you into the sales funnel with a cheap product like One Ticker Trader and then bombard you with promotions for products that cost thousands of dollars.

Right away you'll be promoted Larry's other services that cost thousands of dollars a year.

But that's not all..

You'll be promoted ALL of Marketwise's products once you enter the sales funnel.

This includes products from Teeka Tiwari who is such a big scammer he's banned from Wall Street. 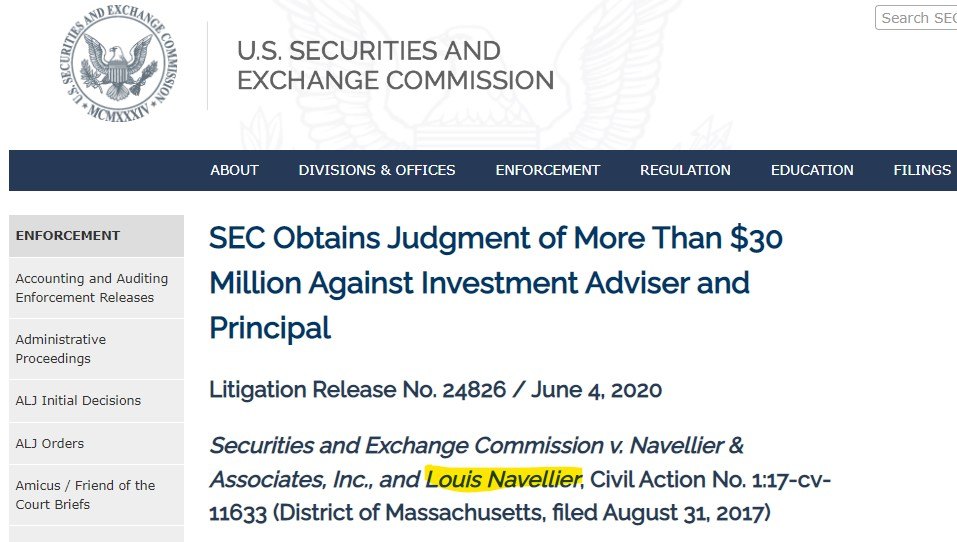 Do these sound like people you want to give your money to?

Just realize One Ticker Trader is priced cheap for a reason.. no one is giving away profitable secrets for $19.

It's priced this cheap so they can get more money out of you later.

Larry claims he has all this Wall Street experience and ran a successful hedge fund.

Now I'm not saying this isn't true but he offers zero proof of this.

Many of these stock pickers embellish their resume so you trust them more.

I looked it up online and couldn't find anything about it.

But the resume of a stock picker isn't really that important.

What's most important is if the stock picker can help you make money.

Luckily there's resources out there that track the success of these guys and Larry's ratings are very, very low.

In fact, he has one of the worst ratings I've seen on Stock Gumshoe, one of the best resources for rating stock pickers.

Larry's previous services only received a 1.4/5 rating after 30 customers rated their experience:

That's bad but not surprising.

Larry is promising option alerts which rarely ever work out.

By the time you place your trade the price of the stock will likely be different.

There's scenarios where Larry can make money and you can lose money.

So if the past is any indication of the future Larry's option alerts will likely lose you money.

What Is One Ticker Trader Offering?

One Ticker Trader is an extremely simple offer.

Basically you get a monthly issue of One Ticker Trader and this comes with a main theme or focus on a single stock.

Along with this comes 3 to 5 calls and puts you can make on this theme or ticker.

When he sends out the alerts you make the trade.

However, like the rating in the last section suggests these alerts will often times be losers.

Along with the alerts you get a special report titled "The Opportunistic Trader's Field Guide."

This is a training series on options.

You'll learn what they are, how to set up an options account and how to trade them.

Still have some questions about One Ticker Trader?

Here's answers to any remaining questions you might have.

Like I said earlier the goal is to get you into the sales funnel with this product.

$19 may seem like a good deal for a year of option alerts but there's hundreds of more services they're going to try and sell to you.

Some will cost tens of thousands of dollars.

This sales funnel has been tested for over a decade and is fine tuned - it's sophisticated and they know how to get people to spend money.

So if you do buy based on the cheap price understand they're going to be pumping upsells to you.

There's a 90 refund policy but you don't actually get your money back.

Instead you only get a credit refund you can use to get other products from Marketwise.

This is pretty lame.

All legitimate services offer a money back guarantee for people that aren't happy.

Maybe at one point he was a legit investor.. like back in the 90's when he claims he was working for successful hedge funds.

I don't know if you can really call him legit when his services are getting 1.4/5 ratings.

Also, he works alongside legit criminals and scam artists.

Would a legit person be comfortable with his customers getting promoted products from people banned from Wall Street?

I don't think so.

4) Are There Similar Products?

Yes, there's plenty of offers just like this one.

There's a lot more too.

That's the end of my One Ticker Trader review.

I hope you got some value out of it.

I think you cant tell I don't really like this program very much and I don't have many nice things to say about it.

It's a nice fantasy - having an expert just send you alerts and all you have to do is punch in the trades and get rich.

But it's really just that, a fantasy.

Larry has released this same product in the past and the results were really bad.

There's a reason customers only gave it a 1.4/5 rating.

I'd skip over One Ticker Trader.